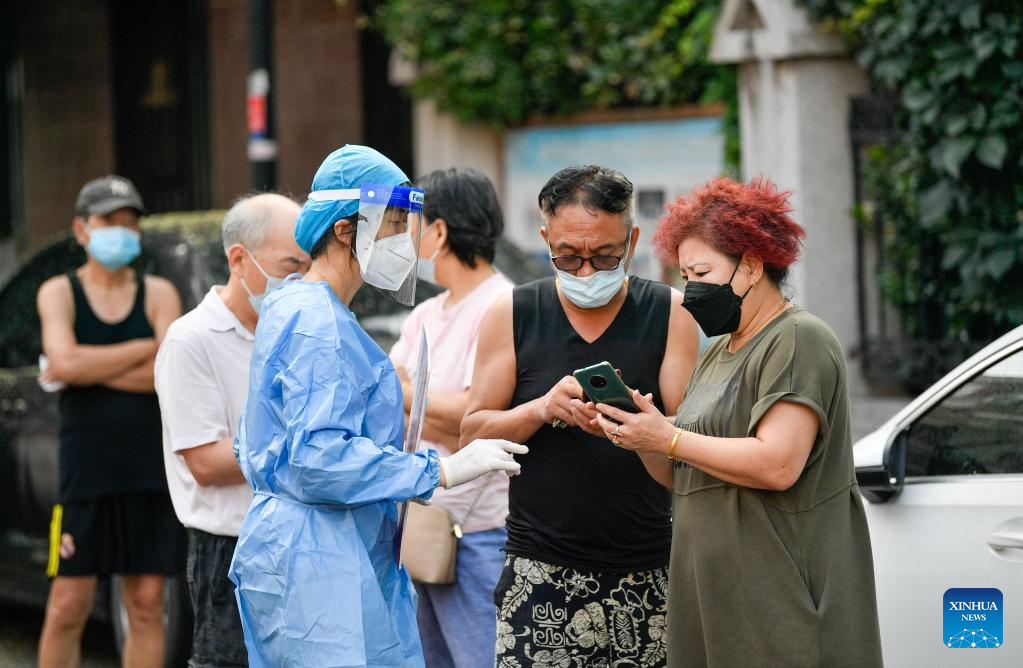 China promptly strengthened legislation and law enforcement to provide solid legal guarantees in the fight against COVID-19 after its initial outbreak, officials said at a news conference on Thursday.

After the outbreak of COVID-19, the Standing Committee of the National People's Congress formulated a work plan to strengthen legal protection for public health and revise the law, and made important progress and good results, said Xu Anbiao, deputy head of the Legislative Affairs Commission of NPC Standing Committee.

A number of important laws were enacted, revised and introduced, he said. The Biosecurity Law, which was approved by the NPC Standing Committee in October 2020 and took effect in April last year, improved the system for the prevention and control of biosecurity risks, including covering major new infectious diseases, and outbreaks in animals and plants.

The NPC Standing Committee also adopted the decision on banning the wildlife trade in February 2020 and revised the Animal Epidemic Prevention Law in January 2021. Public health covers a wide range of areas, and so targeted provisions have been made in the formulation and revision of other relevant laws, Xu said.

He said that several important draft laws including amendments to the Law on Emergency Response and Management, the Law on Wildlife Protection, and the Law on Animal Husbandry, have been submitted to the NPC Standing Committee for deliberation.

The formulation and revision of some important laws including the Law on the Prevention and Treatment of Infectious Diseases, the Law on Responding to Public Health Emergencies, the Frontier Health and Quarantine Law and others are progressing.

"The rule of law is a strong guarantee for promoting health care. Over the past decade, the State has actively promoted health legislation and strengthened legal protection for public health," he said.

Gan Lin, deputy head of the State Administration for Market Regulation, said that it has strengthened oversight and law enforcement in key areas to support the overall situation of the epidemic prevention and control work after the outbreak.

"We have resolutely maintained market order related to epidemic control. Since the outbreak of the epidemic, we have seized 183 million faulty facial masks, investigated 15,900 cases of price gouging, and fully banned the wildlife trade," she said.

The progress in legal protections for public health is part of China's practice of overall law-based governance over the past decade, during which the country has also steadily advanced in fields promoting scientific legislation, strict law enforcement, fair judiciary and fostering legal professionals, said Tang Yijun, deputy director of the Office of the Rule of Law Commission of the Communist Party of China Central Committee.

The public legal service system has also been promoted, with the number of lawyers, notaries, judicial appraisers, arbitrators and mediators growing. As of June, there were 605,000 lawyers and more than 37,000 law firms in China. About 1 million people have obtained professional legal qualifications over the past decade.