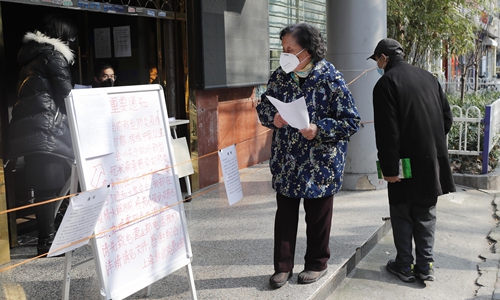 The Beijing municipal government said on Sunday that from Monday on, all arrivals in Beijing from overseas will be sent to designated places to undergo 14-day mandatory quarantine, whether they have related symptoms or not.

Chen Bei, the vice secretary of the Beijing municipal government, made the announcement at a press briefing on Sunday, two days after a new imported case was confirmed in Yizhuang in suburban Beijing, lifting China's total imported infections to over 110.

Chen says there will be medical staff at government-designated spots and that people with special circumstances can be put into home observation after strict assessments. .

She added that those put under compulsory quarantine and observation will have to bear the costs themselves, and those who hide their information and travel history will be held accountable according to law and their misconducts will be put into the social credit system.

Some analysts say the move is aimed at discouraging people from entering Beijing and reducing the improper use of the relatively relaxed home isolation measures. Many people had suggested that designated isolation should be carried out prior to home isolation for those returning from overseas, as lack of supervision and monitoring might cause more infections if those under home isolation do not follow the rules.

In Beijing's Yizhuang district, an infected woman and her family went to a number of public places after they landed in Beijing on March 4 from Bangkok.

According to reports, the woman and her family failed to observe strict home isolation rules and did not report her information to the residential neighborhood community. In addition to her own residential community in Yizhuang, she and some family members went to public places in five other districts including hospitals, supermarkets, a hotpot restaurant and gas stations.

The woman got a fever three days after returning to Beijing, but the symptoms did not appear when she was examined in a local hospital, until she took a second exam on March 12 and was confirmed as having contracted the coronavirus the next day.

Communities in Yizhuang made public the places she visited after returning to Beijing, and once again warned residents to continue paying attention to protecting themselves and try to stay at home.

China has recorded at least 111 imported COVID-19 cases as of Saturday. The National Health Commission says it is paying close attention to the rapid global spread of the virus.