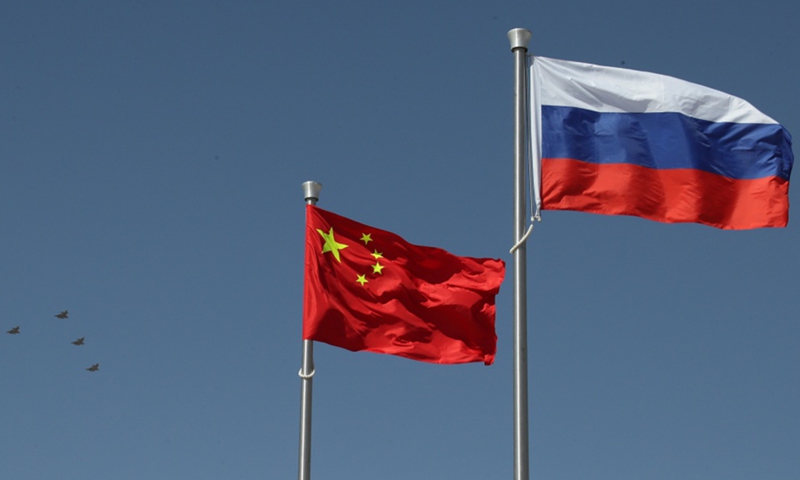 The Russian Embassy in China confirmed the appointment with the Global Times on Tuesday. The Global Times learned that Morgulov would assume the position this year, but the specific date of his arrival has not been decided.

The appointment signals that Russia highly values the strategic relationship with China amid an intensifying international situation and that Russia is indeed moving eastward rather than just looking eastward, given the West's sanctions and suppression, Chinese experts said.

Meanwhile, Morgulov's predecessor, Andrey Denisov has in recent days been received by many senior Chinese officials who all expressed appreciation to his contribution to bilateral ties during his service. Observers said the good friendship between Russia and China has also been mirrored in all sorts of praises coming from Chinese leaders and officials in recent weeks. It is rare to see an outgoing ambassador being received by the government so often.

According to openly available information on the incoming ambassador, Morgulov has extensive experience of dealing with China-related issues.

Morgulov graduated from the Institute of African and Asian Studies at Lomonosov Moscow State University. He speaks fluent Chinese and English, according to the website of the Russian International Affairs Council (RIAC), a nonprofit academic and diplomatic think tank. Morgulov is an RIAC member.

Morgulov has worked for the Ministry of Foreign Affairs of the Russian Federation since 1991.

He was appointed Deputy Minister of Foreign Affairs in December 2011 and holds the diplomatic rank of Ambassador Extraordinary and Plenipotentiary.

He has held various diplomatic posts in the Ministry of Foreign Affairs, as well as abroad, including in China, the US and Japan.

From 2006 to 2009, he was Counsellor at the Embassy of the Russian Federation in China.

Yang Jin, an associate research fellow at the Institute of Russian, Eastern European and Central Asian Studies under the Chinese Academy of Social Sciences, called Morgulov an "absolute China hand."

Morgulov has frequently appeared at and given China-related speeches at meetings and seminars where Chinese scholars were present when he was working at the Russia Embassy in Beijing. He maintains very good personal relationship with many Chinese scholars, according to Yang.

The appointment of Morgulov as the Russian Ambassador to China is an indication of how much Russia values maintaining the strategic relationship with China and the benefits of deepening China-Russia comprehensive strategic coordination, Yang said.

In April, Morgulov told media that in the past 30 years, Russia always upheld the diplomatic policy to maintaining the strategic partnership with China.

The China-Russia relationship is at an unprecedented high level. The two countries have kept hundreds of years' friendship. As the friendship is based on the overlapping basic interests of each other, it would not be affected by changes in external environment, Morgulov was quoted as saying by media.

The appointment of Igor Morgulov, a heavyweight diplomat who has served as Russia's Vice Foreign Minister of Russia for more than 10 years and is very familiar with China-related issues, must have been made after serious deliberation amid Russia's current tensions with the West, said Ding Xiaoxing, director of the Institute of Eurasian Studies at the China Institutes of Contemporary International Relations.

Ding told the Global Times on Tuesday that the current intensifying international situation made Russia switch its foreign strategy from "mildly looking eastward" to moving eastward to deepen relations and cooperation with China, India and countries in Southeast Asia.

"Russia's strategic adjustment determines one of the most important missions for its new ambassador to China: To keep deepening Russia-China relations," Ding noted.

Russia's Far East is witnessing huge opportunities brought about by closer China-Russia cooperation, as Russia's economic pivot to Asia received a sudden boost amid escalating sanctions from the West in the wake of the Russia-Ukraine conflict, delegates and representatives said at the 2022 Eastern Economic Forum (EEF) that was held earlier this month in Vladivostok.

Russia's accelerating pivot toward the East is also reshaping the geopolitical landscape, as the formation of a multipolar world is irreversible. China will strengthen cooperation with Russia and work together with other members of the international community to boost the multipolarization of the world, Chinese experts said.

China has remained the largest trading partner and source of foreign investment for the Russian Far East. Trade between the Russia's Far East and China reached $13.89 billion in 2021, up 28 percent year-on-year, according to Consul General of Chinese Consulate-General in Vladivostok Piao Yangfan.

"Welcome Ambassador! Wish China and Russia enjoy long-standing friendship and win-win cooperation," a Weibo netizen posted. Another netizen wrote that he hopes Morgulov can "bring the China-Russia strategic partnership to a higher level."

Morgulov's predecessor, Andrey Denisov, 61, had held the post for nine years. He was highly respected in China and widely praised by Chinese officials for his outstanding contributing to enhancing bilateral relations.

During a meeting on August 31 with the outgoing Russian ambassador, Li Zhanshu, chairman of China's Standing Committee of the National People's Congress (NPC) spoke highly of the contributions Denisov made to bilateral friendship.

Yang Jiechi, a member of the Political Bureau of the Communist Party of China (CPC) Central Committee, also met with Denisov. Yang Jie Chi noted that China is ready to work with Russia to make the high-level strategic coordination between the two countries more concrete, safeguard the common interests of the two sides and make the international order more just and equitable, the Xinhua News Agency reported on Monday.

Yang, Jiechi, also director of the Office of the Foreign Affairs Commission of the CPC Central Committee, spoke highly of Denisov's positive contributions in promoting the sound and stable development of China-Russia relations, Xinhua reported.

Chinese State Councilor and Foreign Minister Wang Yi on September 2 also met with Denisov, the outgoing Russian Ambassador to China and spoke highly of Denisov's outstanding work in promoting China-Russia cooperation and enhancing the friendship and mutual trust between the two nations in the past 10 years.

Wang said Denisov is a good friend, an old friend, and a true friend of the Chinese people. In the past 10 years, Denisov has done a lot of effective work to promote cooperation between China and Russia in various fields and enhance friendship and mutual trust between the people of the two countries, and has made important contributions to safeguarding the legitimate and lawful rights and interests of the two sides and upholding international fairness and justice.

Wang also said that his continued contribution to the development of bilateral ties is expected.