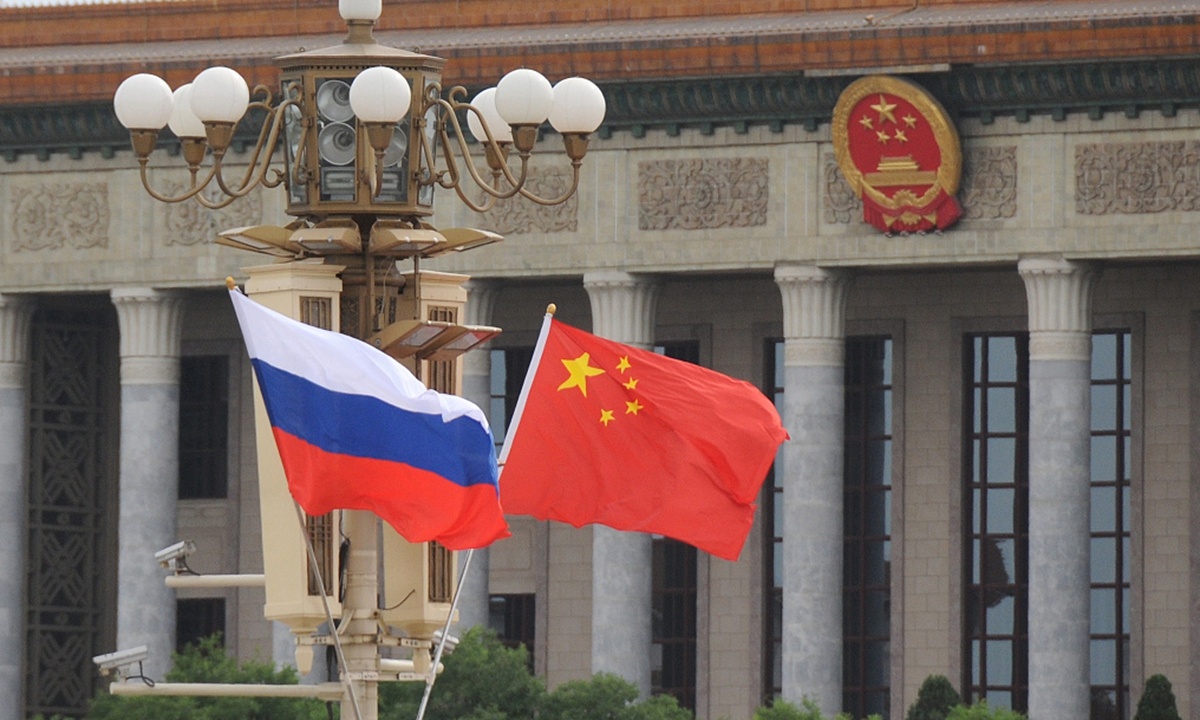 China and Russia are maintaining frequent communication and friendly interactions despite the US trying to ease its tensions with Russia and concentrating on the competition with China. Some strategists in Washington still want to follow their Cold War playbook to alienate China-Russia relations in order to serve US' interest.

But they have made a fundamental mistake with their wishful thinking, because today, Chinese analysts say, just as what Russian President Vladimir Putin said, the US risks walking down the same path as that of the former Soviet Union, as Washington is overly confident - threatening both Beijing and Moscow while there is no tension in the China-Russia ties. China-Russia relations are at their best in history. 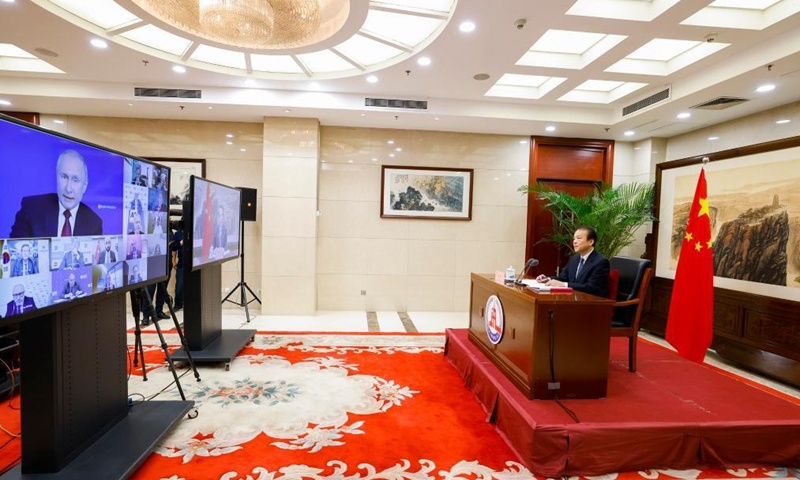 Russian President Vladimir Putin (on screen) answers a question from He Ping (R), president and editor-in-chief of Xinhua News Agency, on China-Russia relations, in a meeting with heads of major international news agencies held in St. Petersburg on Friday local time. (Photo: Xinhua)

Russian President Vladimir Putin said on Saturday that Russia-China relations have reached an "unprecedentedly high level" and the two sides have extensive shared interests between them.

Russia is willing to deepen cooperation with China in more areas, Putin said via video link when he took a question from the Xinhua News Agency on China-Russia relations. Putin said this at a meeting with heads of major international news agencies held in St. Petersburg on Friday on the sidelines of the St. Petersburg International Economic Forum.

He also said that he doesn't expect any breakthrough from his planned summit meeting with US President Joe Biden in Geneva, Switzerland, but he hopes the talks will be held in a positive atmosphere, according to TASS.

Li Haidong, a professor at the Institute of International Relations of China Foreign Affairs University, told the Global Times on Saturday that "Putin has no trust in the US government at all. Russia has been frequently betrayed by the US after the Cold War. So there is no chance for some US strategists to unilaterally expect any breakthrough from the upcoming Putin-Biden summit."

On a broad range of subjects, including military, security or economy issues, the US and its allies have disappointed Russia time and again. Even though Russian leadership showed sincerity to improve ties with the West, deep down in the heart of the Western powers, they don't respect Russia at all. Their only hope is Russia should keep on declining on the world stage, said a Beijing-based foreign affairs expert who required anonymity.

"In the eyes of the US and its Western allies, Russia is a polar bear. The bear, in their eyes, is becoming slimmer now, but these countries want to do more to harm Russia. They hope that the bear had better die one day so that they can eat the meat and take the skin. President Putin is crystal clear about those people's thought," the expert said.

In contrast, the relationship between China and Russia has constantly grown on the basis of the top-level mutual trust and respect.

Chinese State Councilor and Foreign Minister Wang Yi and Russian Foreign Minister Sergey Lavrov made a phone conversation on Friday, and they pledged that China and Russia will firmly support each other on issues concerning the core interests of the two countries.

Some Western observers hope to see the US-Russia tensions ease, so that the Biden administration can focus on the competition with China.

Li said that Western nations want to copy their successful strategy during the Cold War that focused on the competition with the Soviet Union, "but to be honest, their thinking is absolutely wishful."

Because the reason why the US had a chance to pull China from the camp led by the Soviet Union, is that the Soviet Union at that time had imposed serious threats against both the US and China, so Beijing and Washington automatically reached consensus on who was their common enemy, Li said.

"But today, it's a totally different case. The US, not China, is the one who is playing the role of the 'Soviet Union,' pushing its two major competitors to stand closer and closer," said the anonymous foreign affairs expert.

Russia and China share the same understanding over this case. According to TASS, President Putin said at the Saturday's meeting that he was convinced that the US is following a typical scenario of an empire: confident of their unlimited power and creating unnecessary problems for themselves until they can no longer cope with them.

"As a former citizen of the Soviet Union could see, the problem of empires is that they think they are so powerful that they can afford small inaccuracies and mistakes," Putuin said. "But problems will keep piling up. And, at some point, they are no longer able to cope with them. And the United States is now walking the Soviet Union's path," the Russian leader added.