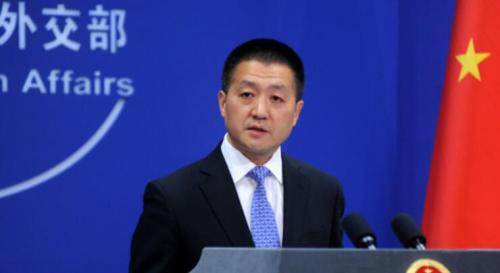 Significant endeavors from North Korea, including its announcement of a halt to nuclear tests and the dismantlement of the Punggye-ri nuclear test site, showed the country's goodwill in promoting denuclearization of the Korean Peninsula and building mutual trust with relevant parties, foreign ministry spokesman Lu Kang told a daily briefing on Thursday.

The moves deserved full appreciation and should be "encouraged, welcomed and supported" by international community as well as receive corresponding moves from relevant sides, he said.

The comments came after Pyongyang on Wednesday threatened to pull out of the June 12 summit with US President Donald Trump in Singapore, saying it might not attend if Washington continued to demand a unilateral abandonment of its nuclear arsenal.

Trump said on Wednesday it was unclear if his summit with North Korea would go ahead and insisted he would not back down on his demand for denuclearization, Reuters reported.

"There is no sign or reason to cancel the summit although the US and North Korea have huge differences on denuclearization," Lü Chao, a research fellow at the Liaoning Academy of Social Sciences, told the Global Times.

An inflexible US approach was the largest risk to the summit, Lü said, adding that Washington had not only failed to respond to Pyongyang's goodwill promises, but had also kept up pressure.

The meeting was by no means a sure thing, said Zhu Feng, an international relations professor at Nanjing University.

Risks included a new round of confrontation brought on by a shutdown in diplomatic communications or a new nuclear test by North Korea, Zhu said.

Nonetheless, withdrawing from the summit would bring North Korea no benefits, and the summit is also the last chance for the US to resolve the issue diplomatically, he noted.

All parties concerned on the peninsula nuclear issue should move toward each other, not in the opposite direction, Chinese State Councilor and Foreign Minister Wang Yi said Wednesday. Wang is on an official tour to France, Spain, Portugal and Argentina.

Wang told reporters that to achieve denuclearization of the Korean Peninsula - an issue with deep and complex historical roots - the situation of one party showing flexibility and the other tending to take a tougher stance must be avoided.

"All the other related parties, especially the US, should cherish the opportunity for peace that we are witnessing," he said.

"We shall all be a promoter of peace, not a discourager."