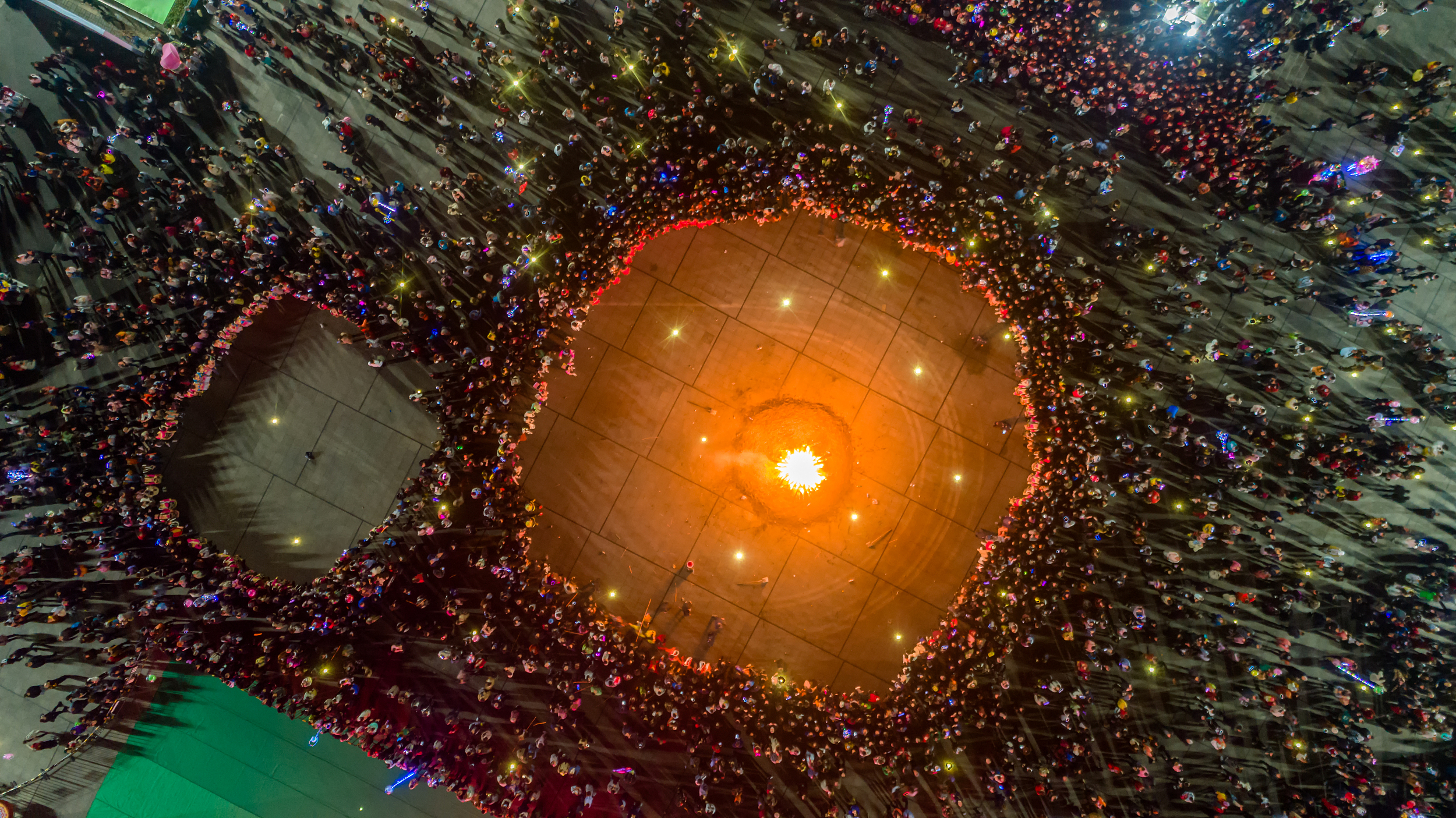 The ethnic county of Beichuan in southwest China's Sichuan Province was in a celebratory mood as the locals welcomed the Qiang New Year Festival – the most important traditional occasion for the Qiang ethnic group.

The locals dressed in ceremonial costumes celebrated the special occasion with a series of activities. The dragon dance, a traditional dance performance that involves a group of performers using poles to move a dragon prop, attracted a swarm of viewers. The celebration also featured a bonfire party and musical fountain show.

The Qiang New Year Festival is a joyous occasion for the ethnic communities to celebrate the harvest and express gratitude for prosperity. It falls on the first day of the tenth lunar month on the Chinese calendar.

The cultural ritual was inscribed on the UNESCO Intangible Cultural Heritage list in 2009 for its cultural value and significance. Since the inscription, the Qiang people have been making efforts to restore their primitive customs and safeguard the heritage.