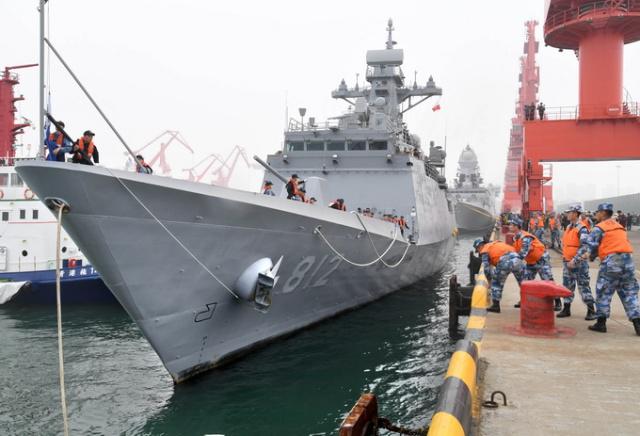 Its port is suitable for the berthing of submarines and large surface vessels taking part in the parade, scheduled to be held on Tuesday.

The headquarters of the navy under the Northern Theater Command of the PLA is situated in Qingdao, which helps facilitate the assembly of naval vessels and aircraft.

The city has witnessed the growth of the PLA Navy. In 1950, China's first navy aviation academy was established in Qingdao, and two years later, construction on the country's first submarine base started here. In 1954, the city saw the debut of China's submarine forces.

Qingdao is also a beautiful, open and modern city, where foreign naval officers and soldiers will feel the glamor and passion of the city during their stay.