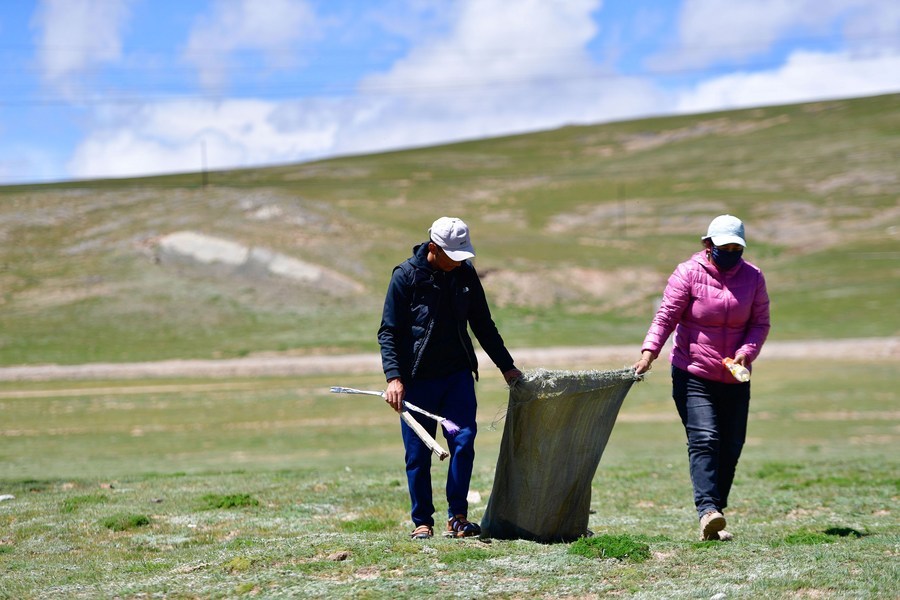 Qinghai province has vowed to further enhance domestic and international climate cooperation, as it endeavors to foster development drivers and make full use of its green resources.

As moves to proactively shoulder responsibilities in ecosystem conservation and environmental governance, the province in Northwest China has made 300,000 square kilometers of area protected lands, which is 41.6 percent of the area under its jurisdiction, Wu Xiaojun, Qinghai's deputy Party chief, said on Monday.

Addressing an international communication and cooperation forum on ecological civilization- a concept promoted by China that advocates balanced and sustainable development - he said the province has also made great efforts to promote an energy revolution.

The forum was held on the sidelines of the International Ecological Expo in Xining, Qinghai's capital.

With industrial structure optimization as a priority, the province will promote a comprehensive green transition of economic and social development and unswervingly adhere to a high-quality development path that is green, low-carbon, circular and sustainable, he said.

He said the province will strive to make more proactive contributions to the country's climate targets of peaking carbon dioxide emissions before 2030 and going carbon-neutral before 2060 by ramping up a high-quality clean energy development.

Qinghai will work with friends from all over the world in a more open and inclusive manner to exchange experiences in green development, he said.

Referring to Qinghai as "a cradle of nature and the fountain of life-giving water resources", Mahendra Bahadur Pandey, ambassador of Nepal to China, said the expo being held in Qinghai carries deep meaning and relevance.

Climate change has emerged as an global issue posing serious threats to both humankind and nature, he said, adding it is a matter of importance that China has made tangible progress in environmental protection and is playing a pivotal role in global governance for climate change.

Recalling the extensive Nepal-China exchanges that have benefited both countries, he said, "I believe our relations will continue to flourish and benefit our peoples in the days to come."

One important arena of Nepal-China cooperation will be environmental protection and combating climate change. "Nepal and China will continue to work together for mutually beneficial cooperation through collaboration and partnership in maintaining ecological balance while deriving benefits from the resources we can tap," he said.

The forum was participated in by 37 diplomats from 22 countries, as well as representatives from international agencies and multinational companies, according to the Qinghai provincial authorities.