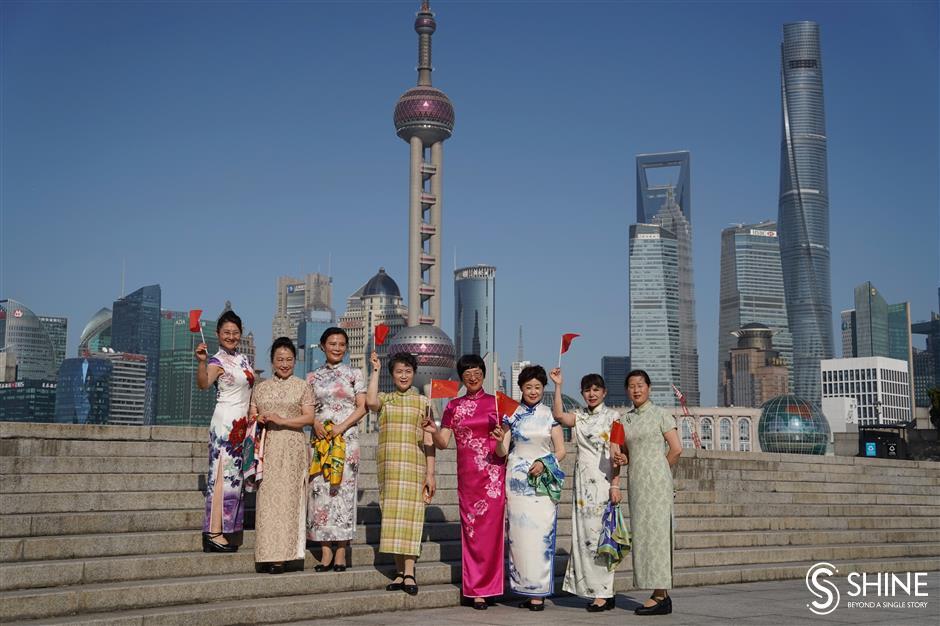 For many people, Shanghai is synonymous with qipao (cheongsam). About a century ago, it was in Shanghai where qipao gradually changed from a loose-fitting, straight-line gown to a body-hugging, one-piece dress that was highly praised by Madame Soong Ching Ling as a revolution in the women's liberation movement. What women wear today is commonly referred to as haipai (Shanghai-style) qipao.

This year's qipao festival kicked off at Huangpu Park along the Huangpu River on Sunday. Women dressed in qipao sauntered down the catwalk and toured around the riverside areas, waving national flags and taking photos.

The flags, each with 365,000 stitches representing the CPC's development during a hundred 365-day periods, were completed on Sunday and displayed during the festival's opening ceremony.

A wide range of activities, including cultural performances, art exhibitions and celebrity lectures, will be held across Shanghai during the festival, which runs for six months. 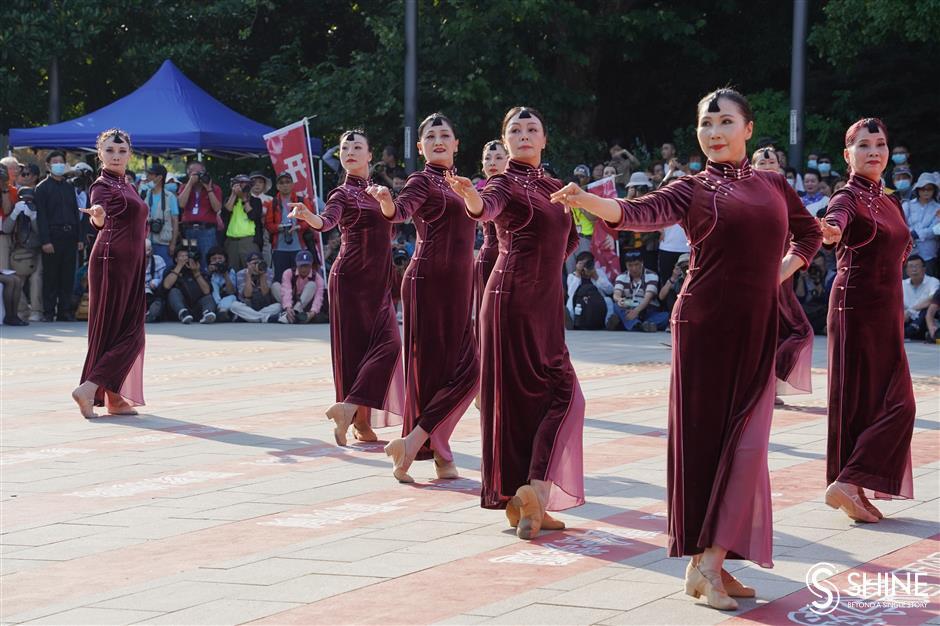 Women perform in a qipao show. 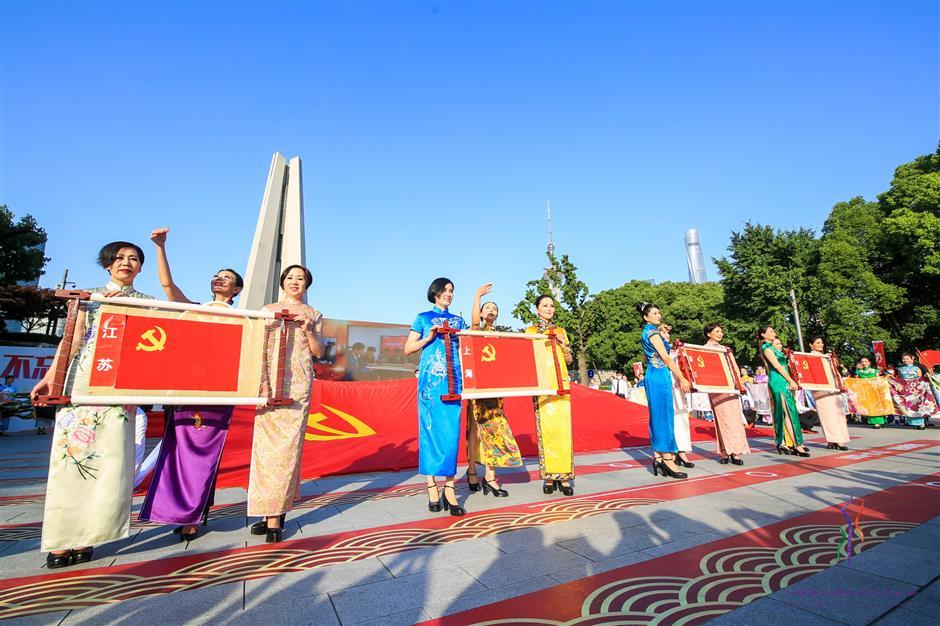