CHINA Qixi Festival posters: 'All I want is you'

Qixi Festival posters: 'All I want is you'

Qixi Festival, the Chinese equivalent of Valentine's Day, falls on the seventh day of the seventh lunar month, or August 25 this year.

On this special day, let's review warm moments of some couples that were fighting COVID-19 and floods. 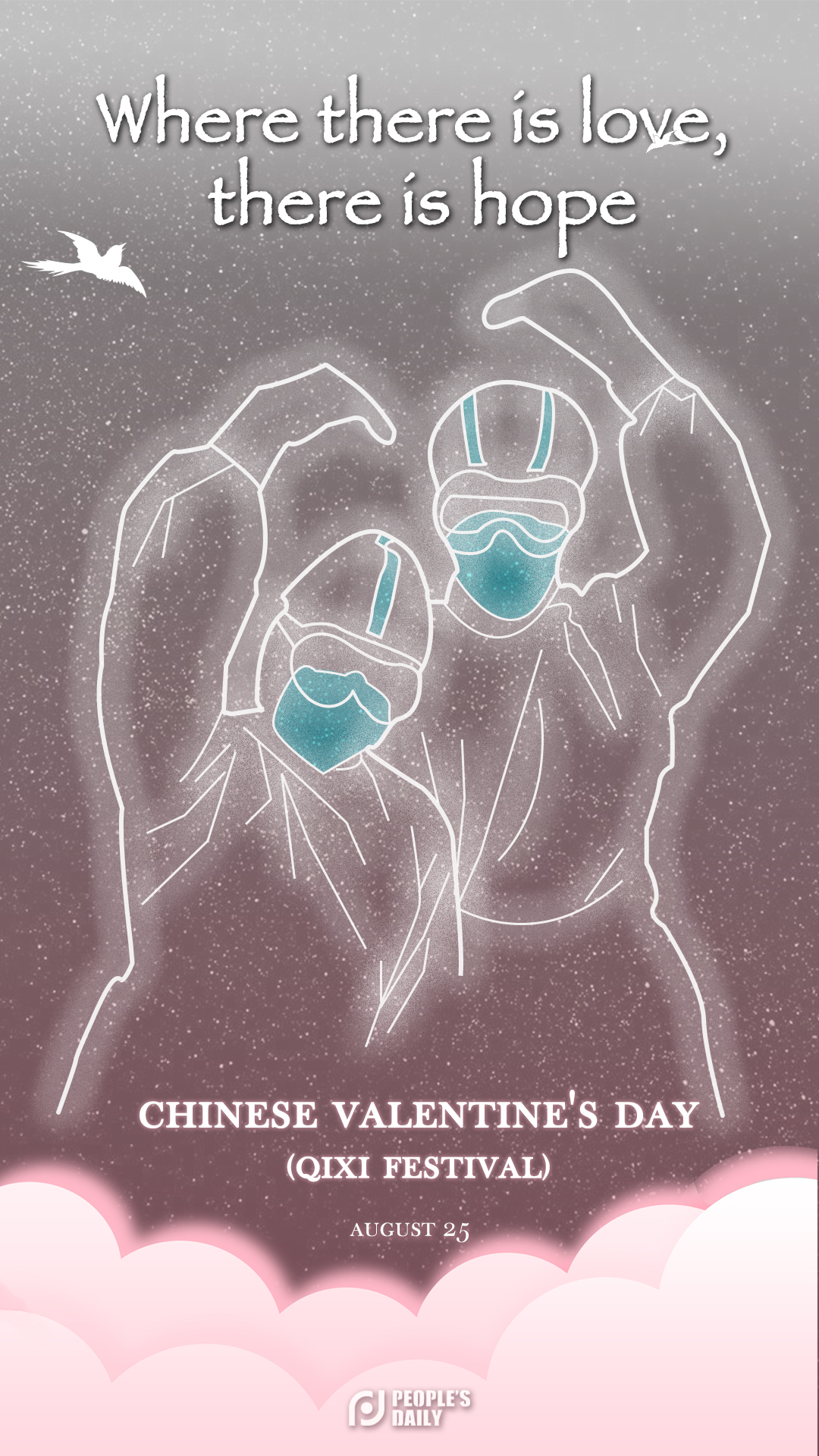 Ren Wenjing and Lin Yubo, a couple from East China’s Jiangsu Province dispatched to Wuhan No.1 Hospital, say goodnight with two knocks on the wall between their rooms. 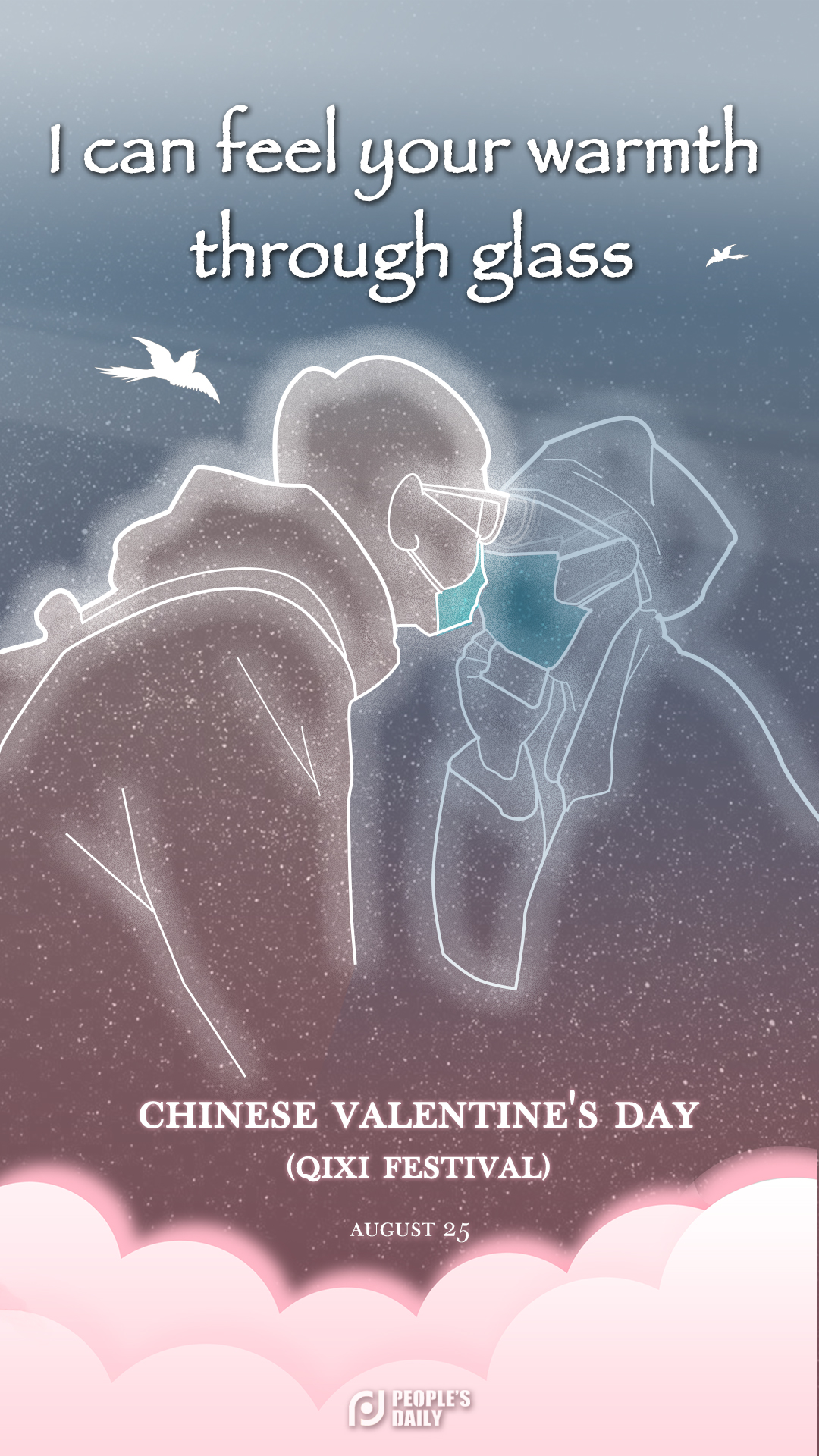 Nurse Chen Ying kisses her fiancé through glass on February 4 at a hospital in East China’s Zhejiang Province. The couple married March 20, 36 days after their planned marriage of February 14. 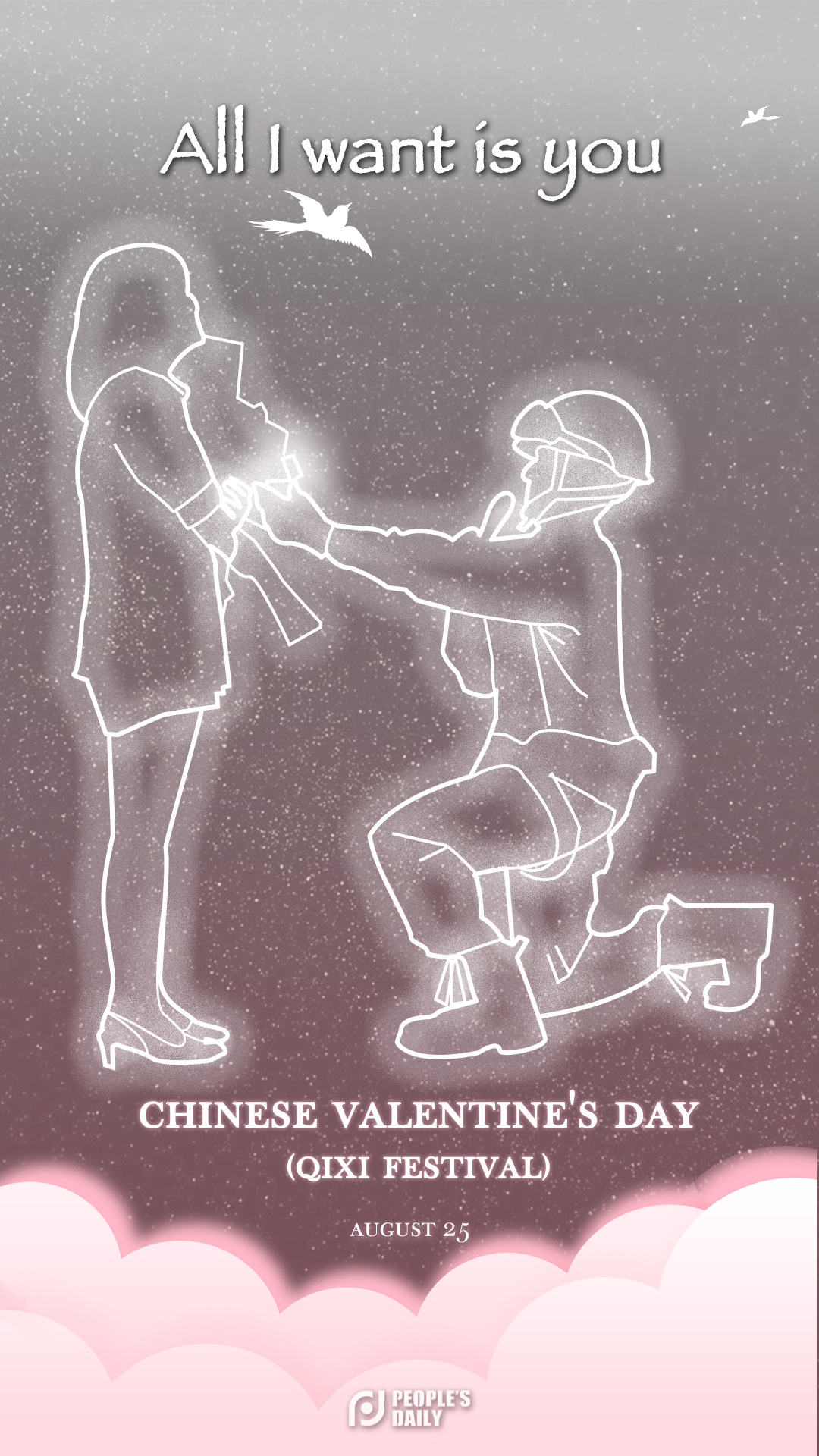 Firefighter Chen Zebin was called away in July from an important date in Ningbo, East China’s Zhejiang Province. But Chen, 27, returned from fighting the floods in Tongling, Central China’s Anhui Province to descend by rope from a fourth floor to pop the question on August 18 to his now-fiancée. 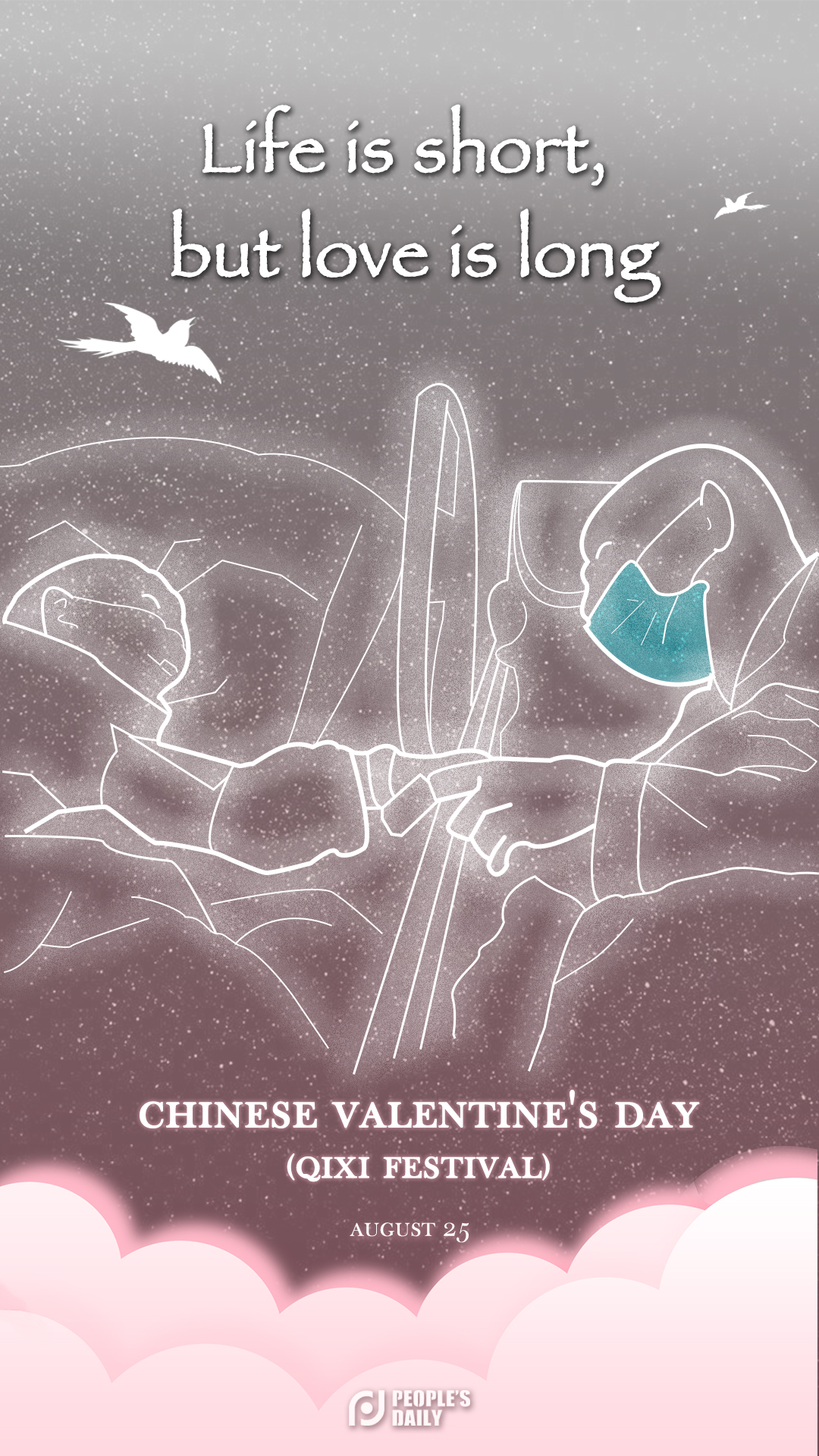 Zhang, 85, followed his wife Wen, 87, to hospital in Chengdu. On January 30, Zhang pleaded with staff to see his wife as “I may not have another chance in this lifetime." Zhang held Wen’s hand as she died and said goodbye. 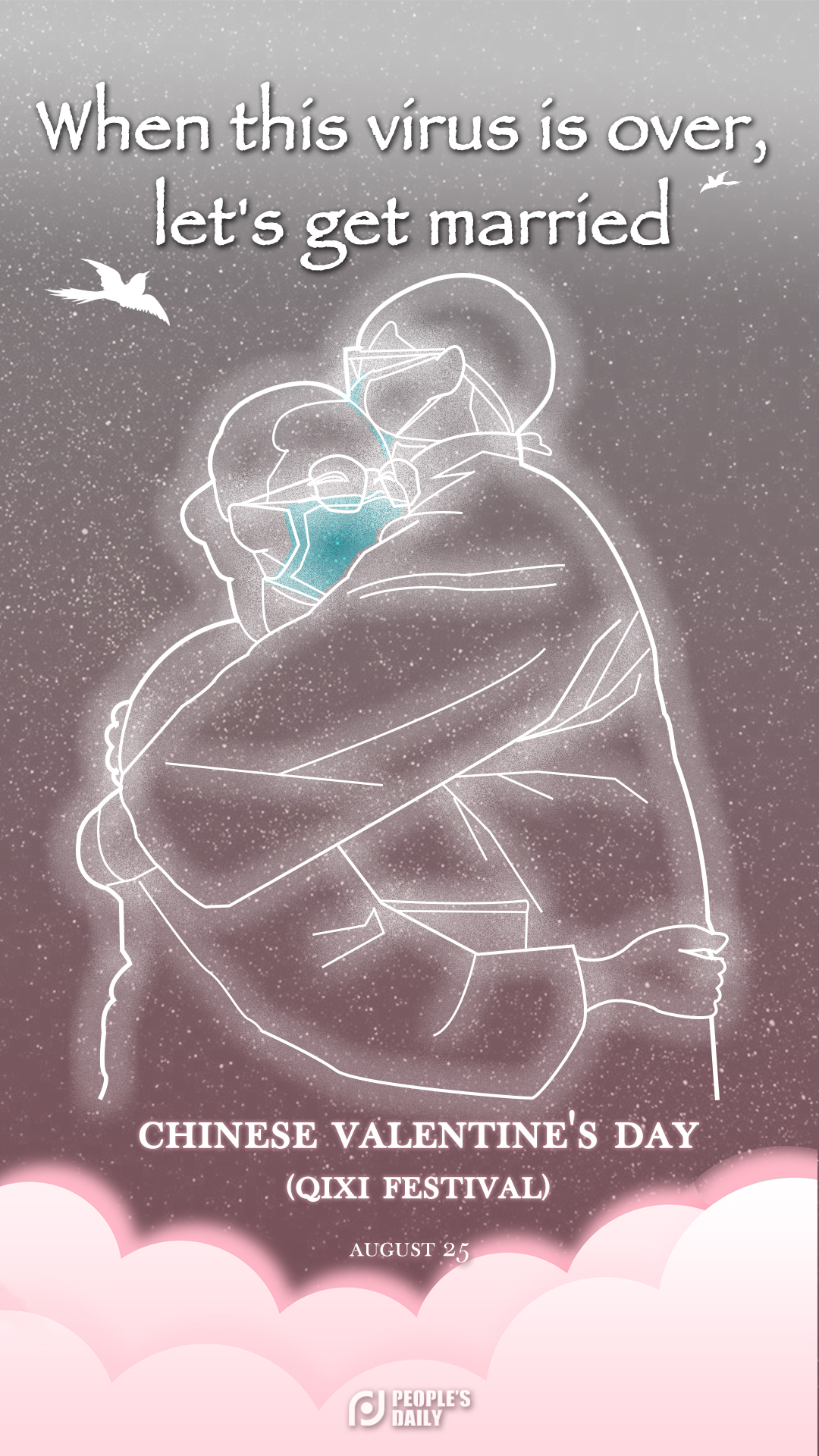 Nurse Qiao Bing says “yes” to Liu Guangyao. Liu proposed with a love letter and an improvised paper-clip ring on February 9 as the couple left for Wuhan from Central China’s Henan Province. 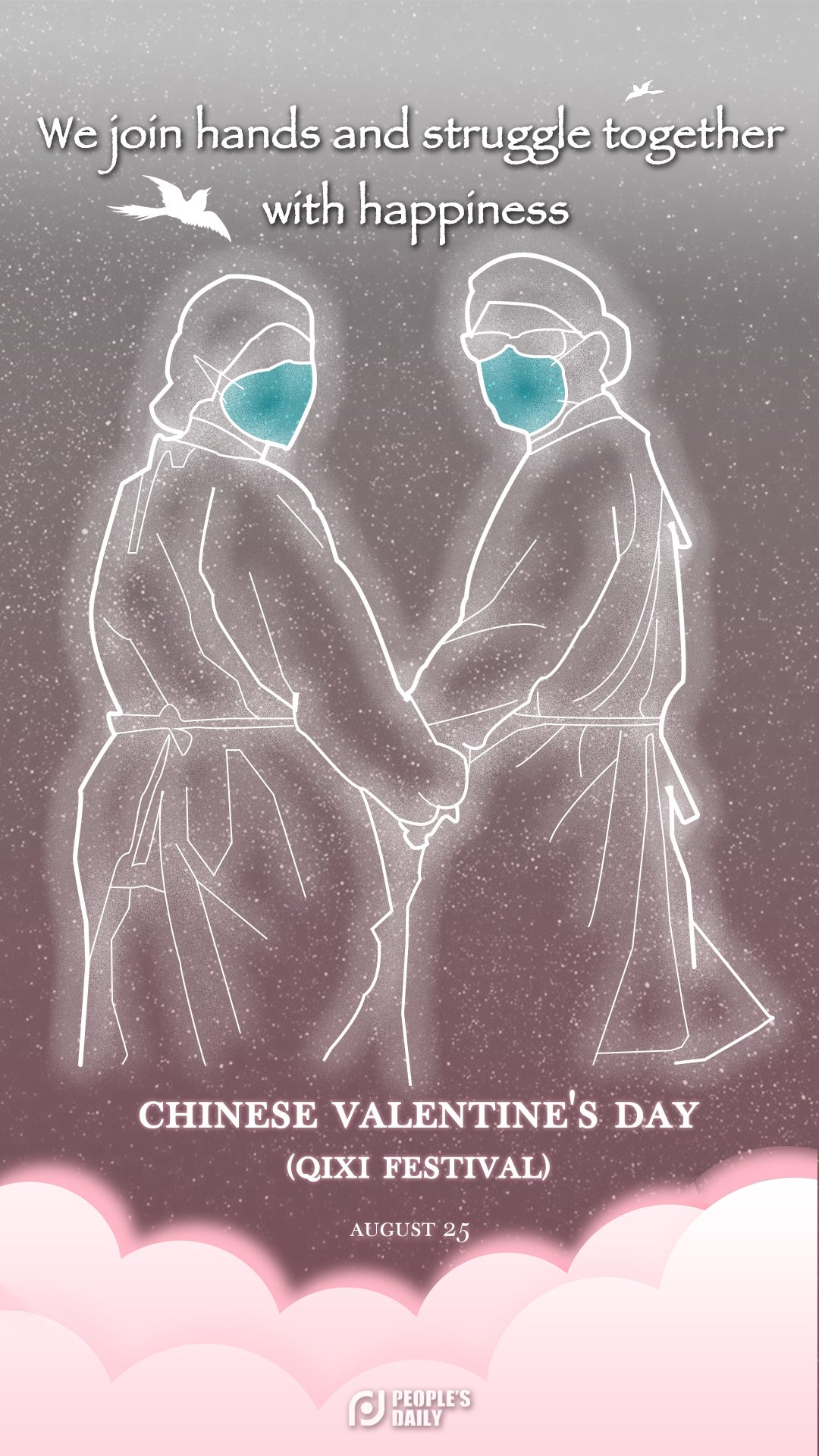 Dr Tu Shengjin and wife, nurse Cao Shan, worked to save severely ill COVID-19 patients in different departments at Jinyintan Hospital, Wuhan. Despite working in the same building, they could rarely meet. 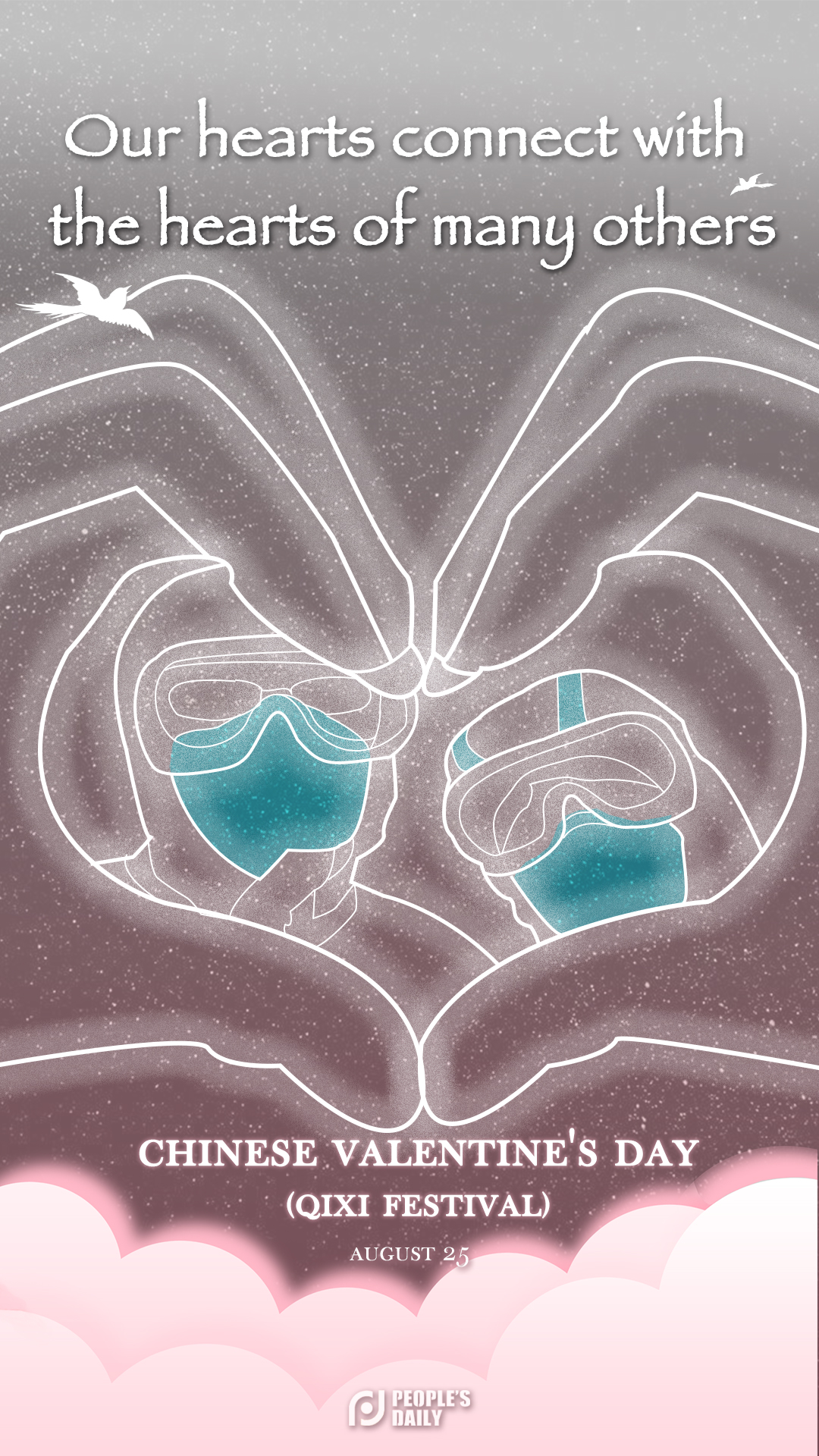 Nurse Huang Wenli and Dr Gao Yongzhe worked against the novel coronavirus at a temporary hospital in Wuhan, but never met. The hospital arranged for the married couple to have lunch together on February 14, maybe the most memorable Valentine's Day together of their 23-year romance. 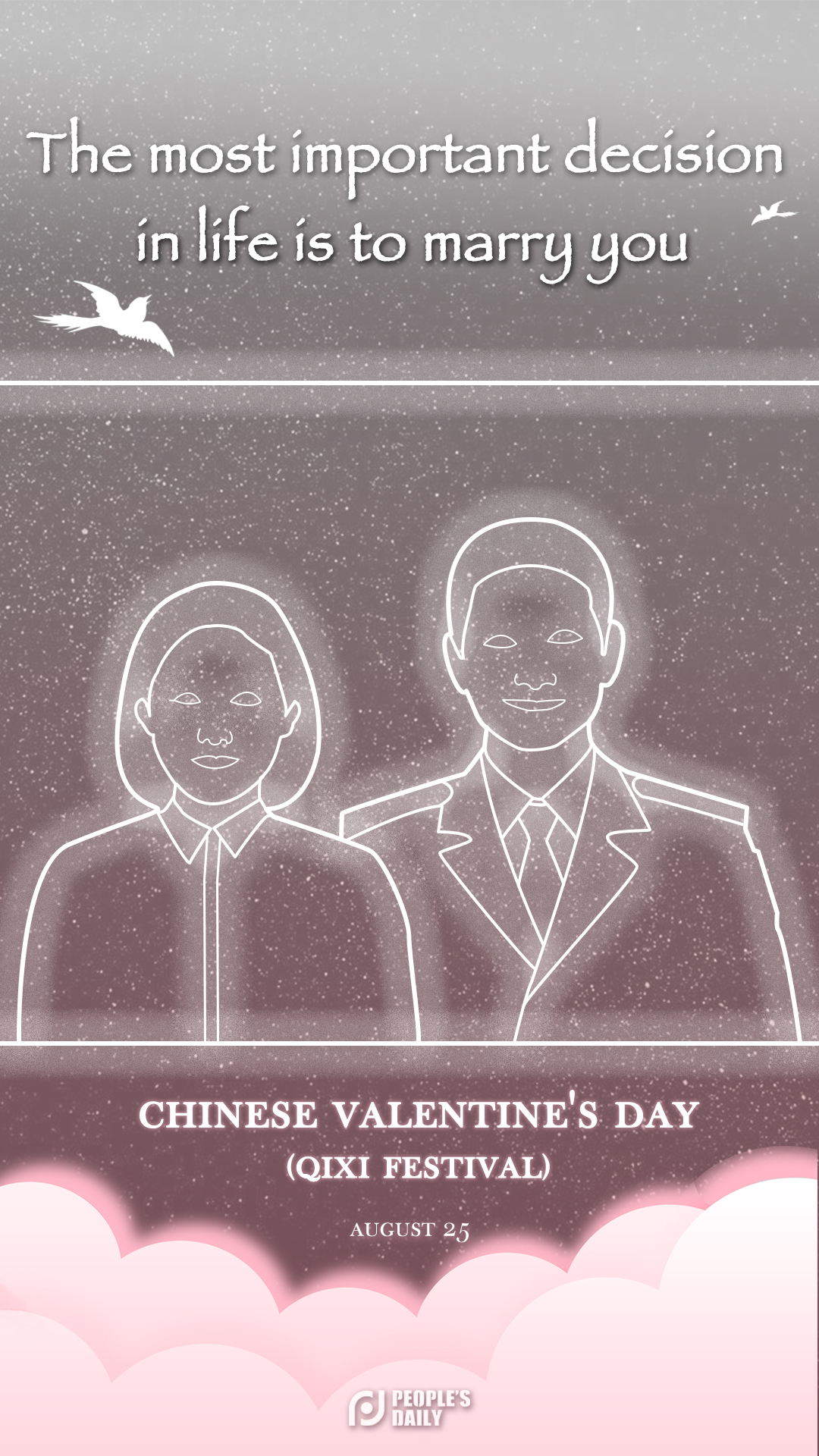 Lan Huaiyang, a soldier of People’s Liberation Army Rocket Force of China, marries. The wedding was delayed when he went to fight the floods this summer. His wife said her most important decision in life was to marry him.