More than 300,000 doorplates painted with QR codes containing information about the residences are being installed in a district in Fuzhou, capital of East China's Fujian Province. 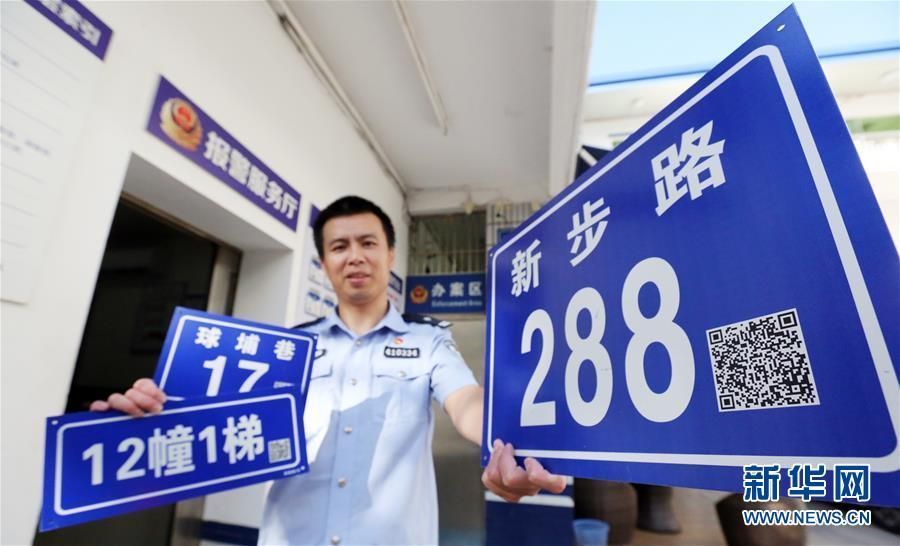 Photo: Xinhua
Work has begun in Fuzhou's Gulou district where the police and workers are installing the doorplates, Fujian-based newspaper Strait News reported on Tuesday.
A QR-coded doorplate will serve as a smart and unique identification for the household. It not only contains basic information, including the exact address, serial number, GPS location and photo of the building's facade, but also has more practical uses that bring convenience to residents, the report said.
The QR code provides services like navigation, calling the police, online payments for water, electricity and gas fees, and household management, it said.
If residents order a takeaway or have an express delivery in Fuzhou, it is sometimes difficult for the courier to find the precise location based on the address or description, local resident surnamed Lu told the Global Times.
People can simply scan the QR code on the doorplate and share it with the courier through a smartphone application, and it will guide the courier, which makes the delivery smoother and faster, Lu added.
To ensure privacy and security, only those who live in the home can access additional information and services. If a passerby scans the QR code, he or she will only be able to receive basic information, like the address and police assigned to the area, an official at the Gulou district government surnamed Zhou told the Global Times.
Gulou plans to install 360,000 to 370,000 doorplates by the end of the year, Zhou said. "Every household in Gulou district is expected to get a doorplate." Lu said he welcomes the doorplate and hopes it will be promoted to the entire city.
"People do not seem to be concerned about the privacy or security issue, and it has never caused any problems, as far as I know," Lu said.
The QR codes lays the foundation to developing a smart and digital city, and would make people's lives even more convenient in the future.