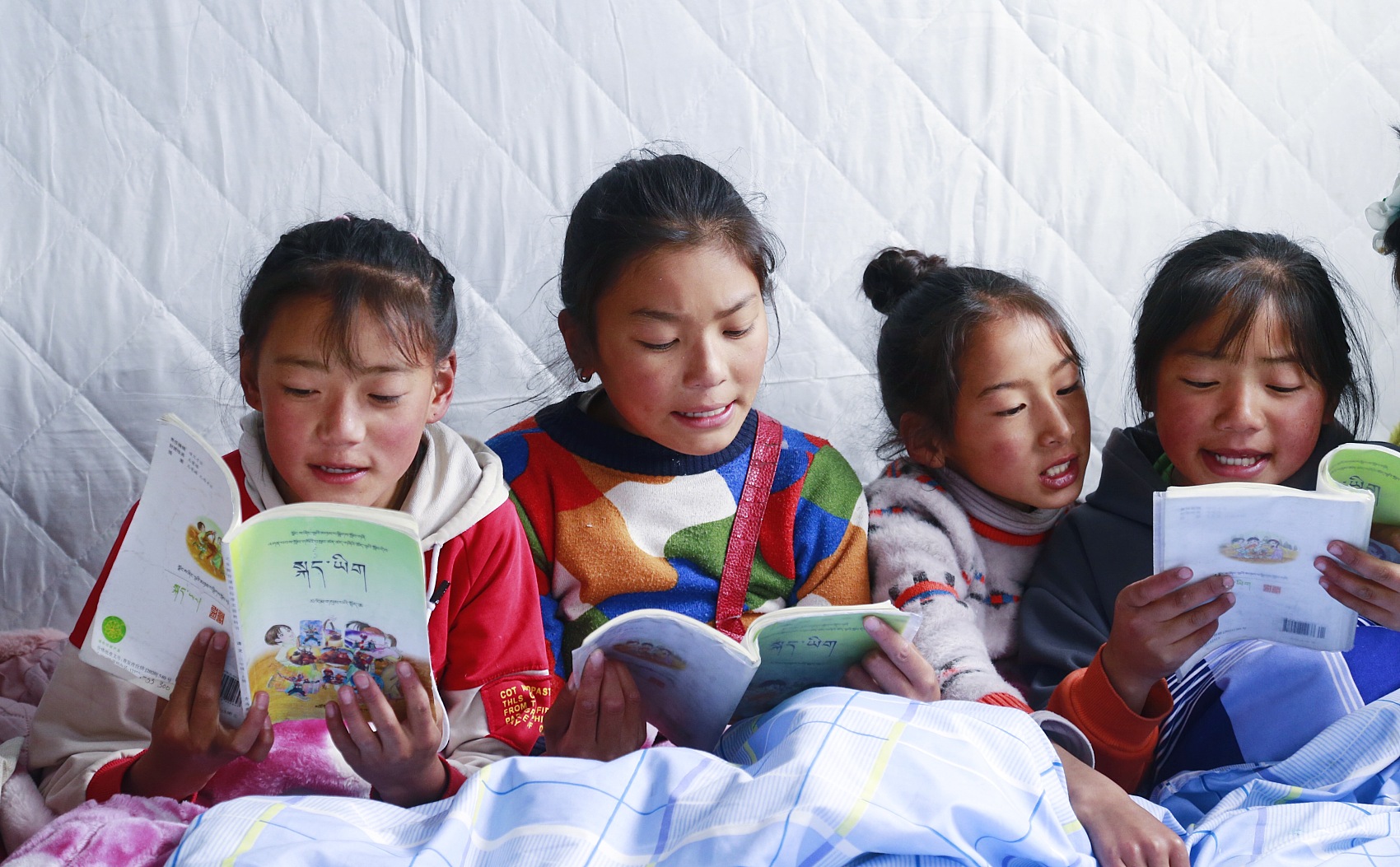 Among the injured, 17 had been treated and discharged from hospital by 8 a.m. Monday, said Li Jun, an official with the provincial department of emergency management, at a press conference.

The rescue work is almost complete, and the relief work is underway, the task force sent by the Ministry of Emergency Management (MEM) said.

Hou Jiansheng, a member of the team, said an earthquake with a magnitude higher than 7.4 is unlikely, but a 6 magnitude is possible in the area.

Power and water supplies are available at makeshift shelters.

The central and provincial governments have allocated 69 million yuan (10.7 million U.S. dollars) for earthquake relief, and distributed materials including coal and heating devices.

Located in the source area of the Yellow River, China's second-largest waterway, Maduo County is of important ecological value on the Qinghai-Tibet Plateau.

Also, on Monday, senior high school students in graduating classes resumed school in Yangbi County, southwest China's Yunnan Province. Those of other grades will resume class gradually, according to the county's education and sports bureau. The water supply of the quake-hit area also resumed.

Several hours before the Qinghai quake, four earthquakes with a magnitude of more than 5.0 struck Yangbi from 9 p.m. to 11 p.m. Friday.

Three people were killed and dozens injured in the quakes so far.

Zhang Shiwei, Party chief of Yangbi County, said the county activated an emergency response after several minor quakes occurred from May 18 and evacuated residents immediately after the 6.4 magnitude earthquake occurred, which helped reduce the casualties.

The better quality of houses in the rural area, an outcome of the local poverty alleviation efforts, was another reason for the smaller death toll, Zhang added.

A total of ten task forces from different central government bodies, including the MEM and the Ministry of Natural Resources, were dispatched to Yunnan and Qinghai to help with disaster relief. Enditem