Beijing (People's Daily) - A policeman was suspended for misconduct involving a female journalist who was working on a story on the C9 aromatics leak in Quanzhou, East China's Fujian Province. 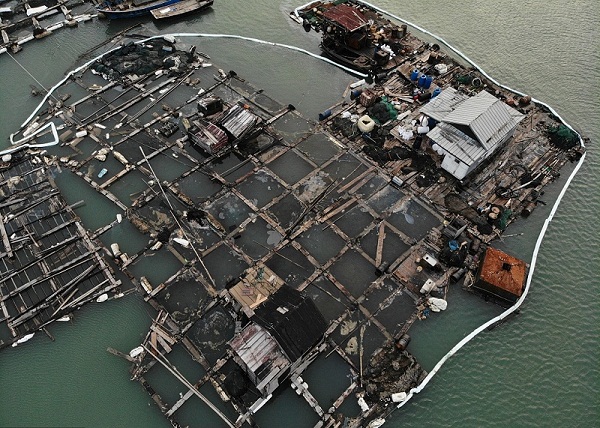 The water in Quangang, East China's Fujian Province is contaminated with pollutants after a vessel spilled nearly 7 tons of C9 aromatics (Photo: VCG)

Chen Huashan of the Quangang Public Security Bureau was suspended for investigating the hotel room of Zhou Chen from Beijing-based financial magazine Caixin on November 11.

Chen Binyang, the deputy director of the Quangang Public Security Bureau and the director of the mountainside police station, also submitted an in-depth review of the incident.