CHINA Race is on for speedier rail travel

Race is on for speedier rail travel 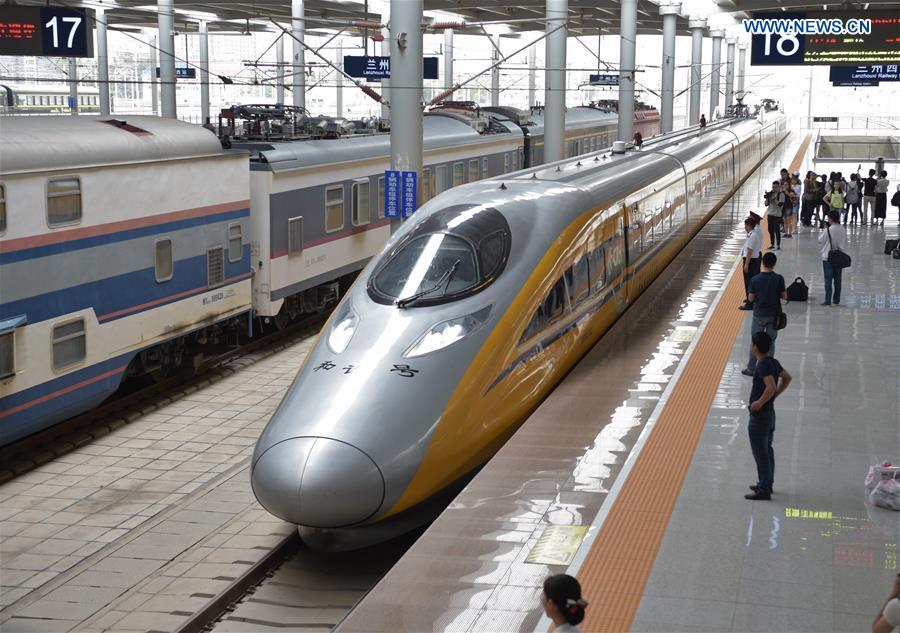 China's commercial bullet train will be able to go even faster if the vibration noise it generates is brought under control, a member of the Chinese Academy of Engineering said.

"China has tested a wheeled bullet train at speeds up to 420 km per hour in operation. ... The safety index is totally fine - including the derailment coefficient, shock absorption, vertical acceleration and horizontal acceleration - leaving the vibration noise (unsolved)," He Huawu said in a China Central Television program on Sunday night.

He, a member of the Chinese Academy of Engineering, is the chief engineer of China Railway Corp, the nation's railway operator.

Like building a sealed viaduct above road to end the noise from passing traffic, the vibration noise needs a special structure to resolve it. China can handle some easy tasks in four or five years, but extra work is needed for a long-term goal, he said.

Long-term goals are more complicated, such as building a low-pressure underground tube, the engineer said.

China's fastest wheeled train in commercial use, the Fuxing, or Rejuvenation, runs daily at 350 km/h between Beijing and Shanghai.

In the test He mentioned, two bullet trains passed in opposite directions, both traveling at 420 km/h in July 2016. It was done to collect data on factors such as energy costs and vibration noise that occur at high speeds.

"The success of the experiment demonstrates that China has mastered comprehensive knowledge of the bullet train's core technologies," Zhou Li, a China Railway Corp official, said in an interview in July 2016.

He, of the academy, also spoke of China's future ultrafast train. "China already has a maglev line. ... By persisting in development, China is expected to build an ultrafast train in 10 years," he said.

He also referred to the announcement by Elon Musk, CEO of SpaceX and Tesla, that he was working on building an ultrafast transport system popularly known as hyperloop in California. A hyperloop is a sealed tube through which a vehicle can travel at ultrahigh speeds uninhibited by air resistance.

"Musk is raising money worldwide to turn his concept into a project.... Musk only has a concept, but China already has a maglev line," he said.

The CASIC hyperloop will be a maglev line on which a streamlined, engineless train will travel on partly elevated tubes or tunnels at speeds reaching 1,000 km/h.

"In the future, we will develop technologies that allow a train to travel at 2,000 and even 4,000 km/h," said Mao Kai, chief designer of the system at the company. "Once our development is successful, we plan to construct a short-distance line for trial runs."

Zhao Lei contributed to this story.