Raging COVID infections in China a result of multiple factors, not merely the relaxation of policy: former CDC chief epidemiologist

Multiple reasons including the characteristics of new variants, cold temperatures in winter season and invalidation of previous vaccines have contributed to the raging COVID-19 infections in China in recent days, which should not be traced back merely to the relaxation of anti-epidemic policy, a former chief epidemiologist from the Chinese Center for Disease Control and Prevention (CDC) said on Friday at the Global Times annual conference. 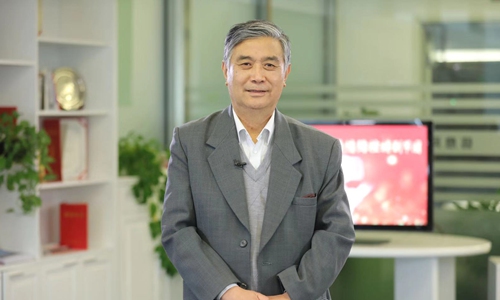 At the life and health sub-forum of the annual conference, Zeng Guang noted that the relaxation of COVID-19 policy in China does not depend only on public health considerations, but takes into account the overall situation of economic development, social stability, employment rate, and international relations. The policy strikes a balance among all these factors, the expert said.

Although we have not been fully prepared in the public health sector, the policy still came at an appropriate time given the great changes of the virus itself, such as a significant increase of infection rate and a dramatic drop in death rate, Zeng said.

The furious speed of transmission has exceeded people’s expectations, the expert noted. Experts had predicted that the first wave since the policy shift could result in no more than 30 percent of infections among the public, but the real figure may be far more aggressive.

Some have raised questions whether the massive infection is a result of COVID-19 policy, but Zeng said multiple factors have caused the case spikes.

It has become unrealistic to stop the spread of COVID-19 while in winter, when the cold temperature creates a favorable environment for the virus to survive, Zeng noted.

In addition, while exposed to the virus, antibody levels in many people have dropped significantly as the vaccines they previously received have lost effect.

The overall situation in China remains controllable, and multiple regions are adjusting countermeasures accordingly. “Now the situation in north is more serious. Gradually from the north to the south, from large cities to small and medium-sized cities, from the east to the west, there is a process of spreading. I think that after this process, it will enter the spring, and I believe the situation will get more controllable and get better,” the expert said.

In an exclusive interview with the Global Times, Zeng Guang said that only after the country has absorbed the shocks from the virus, and the curve is flattened and COVID-19 be treated as flu, when no case numbers are reported each day and the focus is on treatment of severe cases, can management of COVID-19 be further downgraded to Class C, and then people can have their normal lives back.