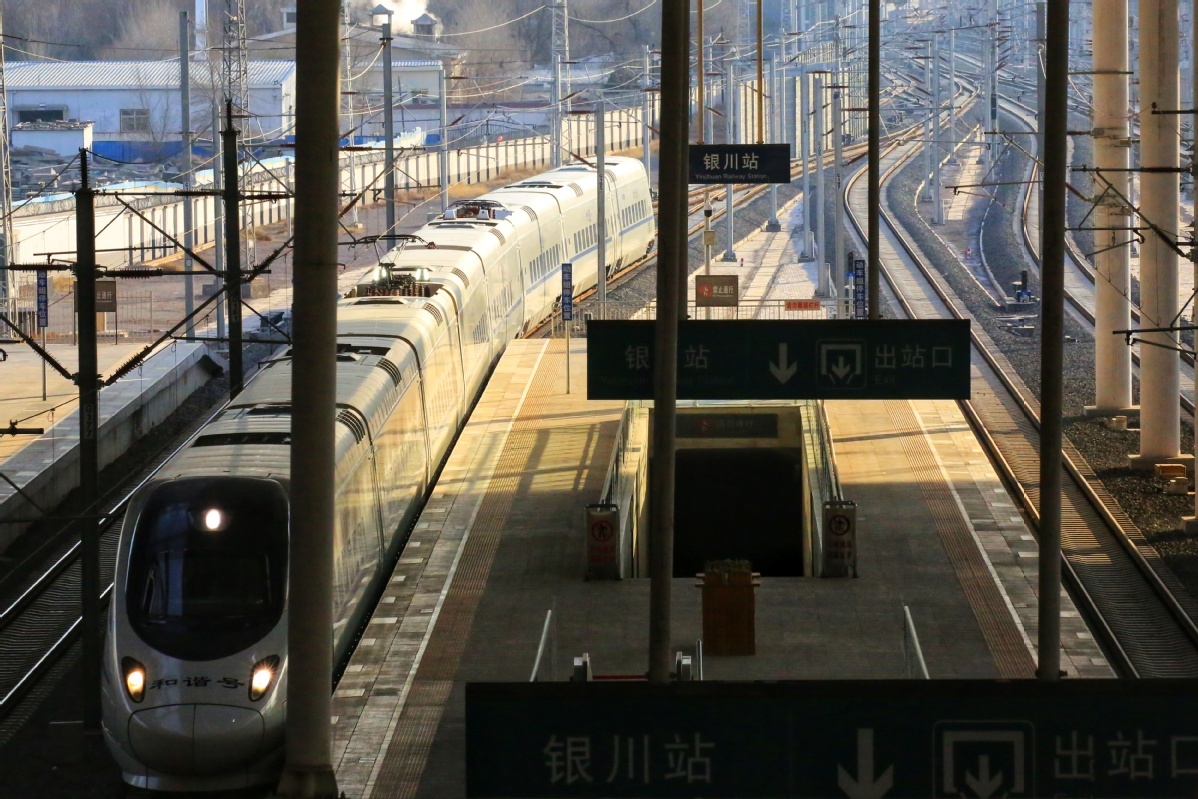 As China's Spring Festival travel rush is about to start, experts suggested transport authorities arrange trips accordingly and that travelers reduce unnecessary trips in the face of the challenges posed by the resurgence of COVID-19.

Railway authorities will adopt epidemic prevention measures and arrange the journeys in an orderly manner, according to China Railway Corp.

Such measures include preventing overcrowding and providing separate seating areas for passengers who feel unwell onboard, the company said.

The travel rush, from Jan 28 and to March 8, is known as the biggest annual human migration in the world and is always a test of the country's transport system.

"It is somewhat of a paradox to arrange a large number of passenger trips and conduct disease control at the same time. It will be a 'dual' test for transport departments," said Chen Yanyan, a professor specializing in transportation at Beijing University of Technology.

She suggested that transport departments increase the capacity of services and improve their efficiency.

But more importantly, she suggested that people cut down on unnecessary journeys or follow the government's advice and avoid peak travel times.

With only sporadic outbreaks in some regions recently, China has handled the pandemic well, Chen said, adding that she is confident that transport departments will be able to cope with the travel rush amid the current circumstances.

Some 440 million rail journeys were initially estimated during this year's Spring Festival travel rush, but only 210 million were made due to the coronavirus outbreak.

Chen predicted that the numbers may fall during the upcoming Spring Festival travel peak, but not by as much as this year.

"People were more fearful when the novel coronavirus first emerged and were more inclined to cancel their trips, but now we are more used to living with it," she said, adding that the authorities are more experienced in carrying out epidemic control measures.

Zeng Guang, chief epidemiologist at the Chinese Center for Disease Control and Prevention, discouraged people from gathering in groups during the Spring Festival holiday and reminded travelers to wear masks during their entire trip and be aware of etiquette and personal hygiene on board.

He told Guangzhou Daily in a recent interview that although there will be large-scale population flows during Spring Festival, a major outbreak will not occur as long as there are no infected people in the crowds.

"During the National Day holiday in October, there was a big population flow, which showed that the risk of an outbreak is totally under control," he said.

"However, there will be many more people traveling during Spring Festival. Combined with the longer survival period of the novel coronavirus in low temperatures in winter, that means the risk will be higher than it was in October."