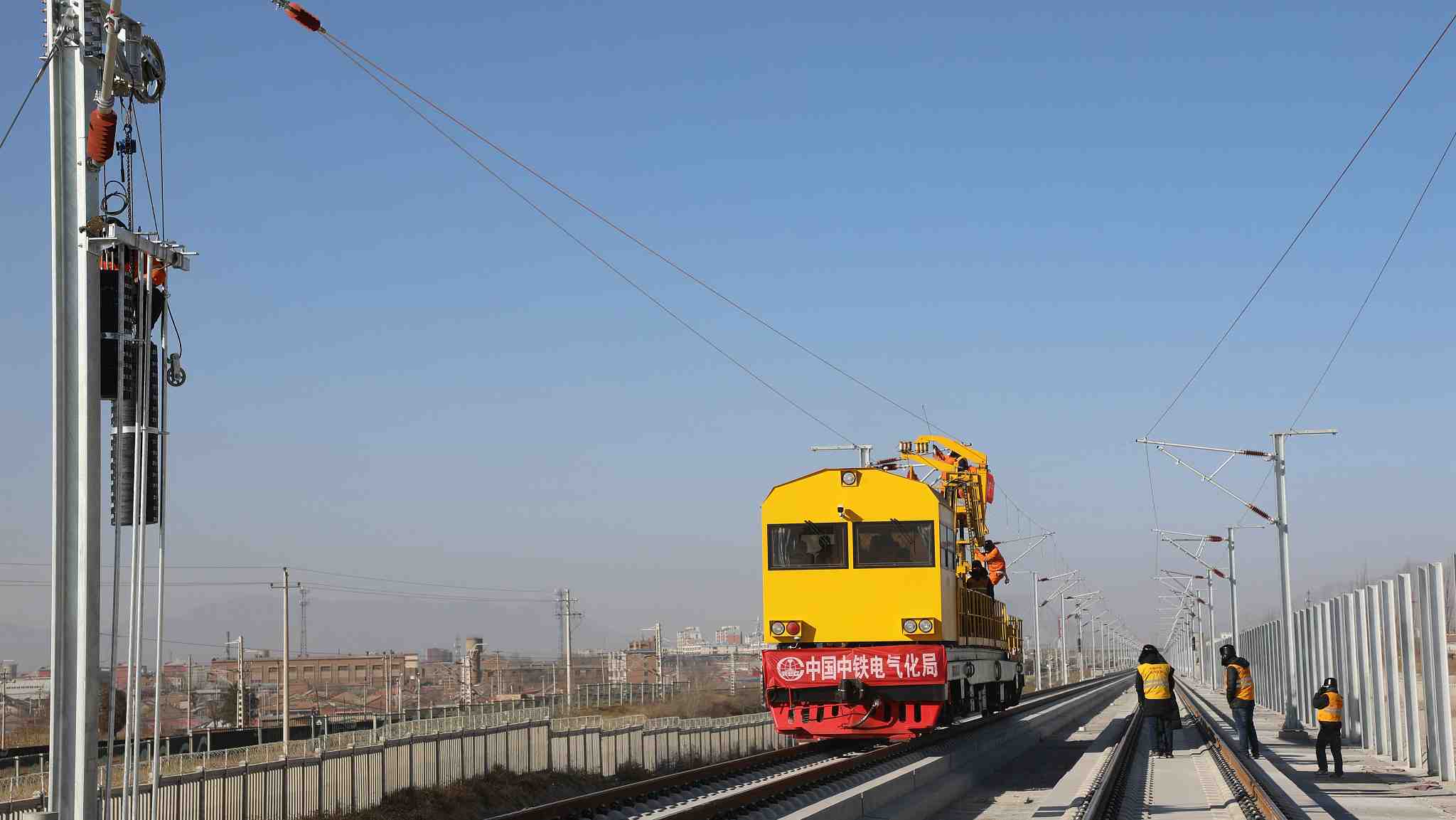 Construction on a high-speed railway linking Beijing with Chongli District of Zhangjiakou city is underway, local authorities said on Monday.

Tracks have been laid to the Chongli section of the railway, which is a major transportation project for the 2022 Olympic and Paralympic Winter Games.

"We are prepared to tackle both the technical challenges and the inclement weather," said Cui Shuangjie, project manager of the Chongli railway.

Chongli, located some 220 kilometers from Beijing in north China's Hebei Province, will host all skiing and biathlon events.

The Beijing-Zhangjiakou high-speed railway is expected to be finished by the end of this year, with a speed of 350 kilometers per hour, cutting travel time between the two cities to less than an hour upon completion.

Meanwhile, the tunnel in Yanqing District in suburban Beijing has been joined up on Monday, which is designed to provide water and power to the venues in the region during the Olympics.