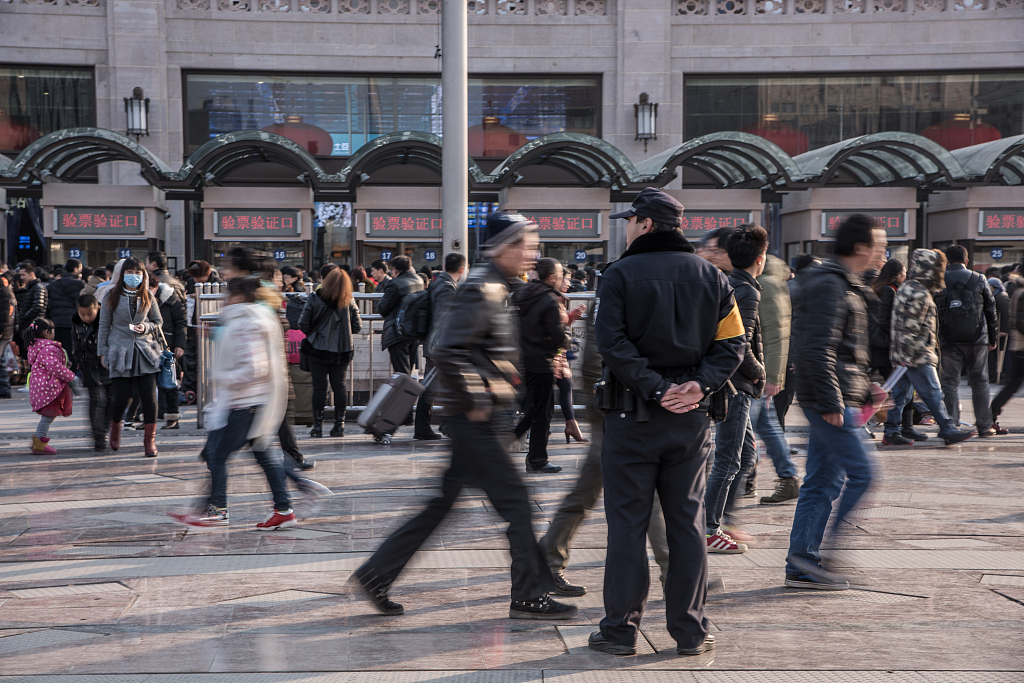 The bureau said in a statement that intensified patrol, closer cooperation and information sharing with local police authorities as well as enhanced quick response capabilities have helped railway police better carry out their work.

Training programs for the police officers have also been strengthened, it said.

According to the statement, railway police in Beijing have increased patrol at major stations in the city and captured 950 fugitives last year.