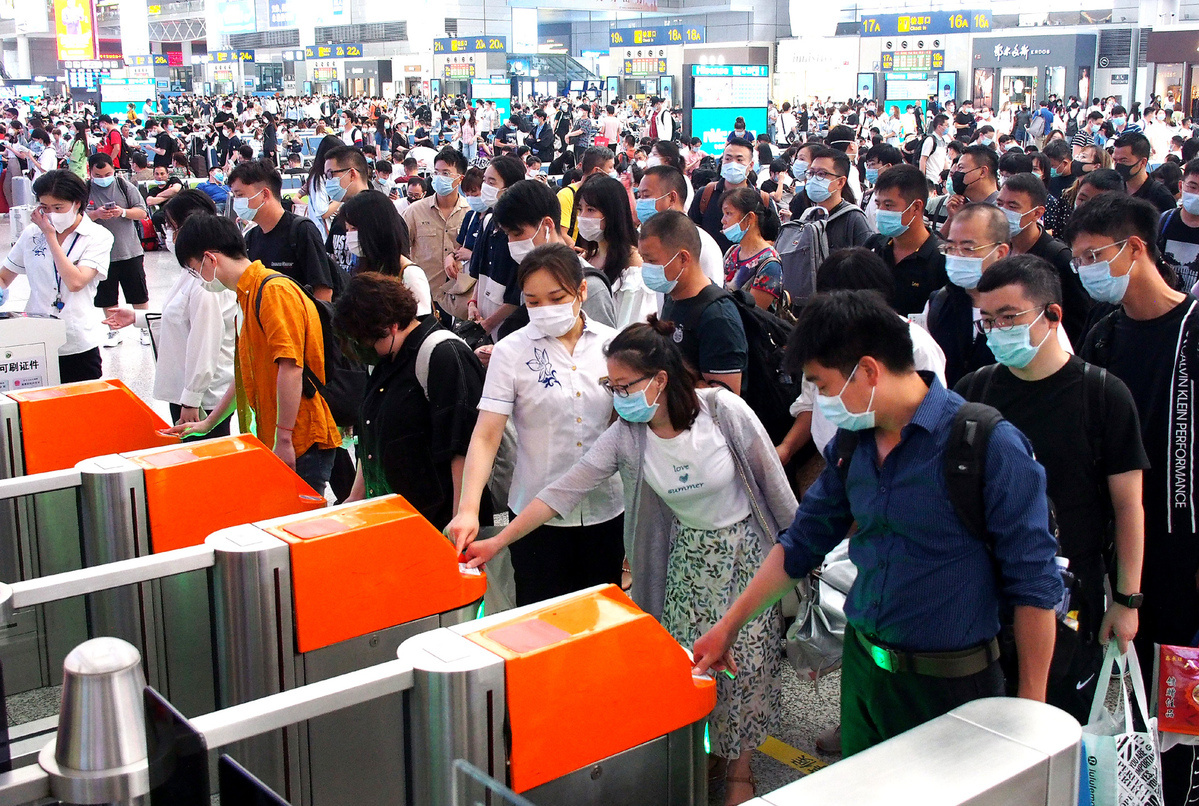 China's railway passenger trips registered stable growth in June — a sign of recovery from the COVID-19 outbreak amid continuous efforts to contain the epidemic — according to the country's railway operator.

The company has launched a daily average of 6,870 passenger trains last month, a 6.6 percent increase from May, it said, adding daily passenger volume reached 7.53 million on June 25 during the three-day Dragon Boat Festival holiday, hitting a daily record high after Spring Festival in January.

The company also noted passengers traveling on normal-speed trains have been able to purchase e-tickets since June 20, bringing the total number of railway stations using electronic tickets to more than 2,400.

With about 95 percent of railway passengers across the country benefiting from the e-ticket system, people will enjoy enhanced efficiency and improved service during the break.

The country's railway network handled a total of 818 million passenger trips in the first half of the year, which saw a steep drop of 53.9 percent compared with the same period last year, the company said, adding passenger volume began to pick up in March.

With the accelerated recovery of the country's economic and social order, railway passenger flow will continue to rise steadily, the company will adhere to regular prevention and control measures and adjust its railway operating plan in a timely manner to meet the people's traveling needs.