BEIJING, Jan. 19 (Xinhua) -- Railway trips have exceeded 100 million in China as of Saturday since the beginning of the Spring Festival travel rush, data from the national railway operator showed Sunday. 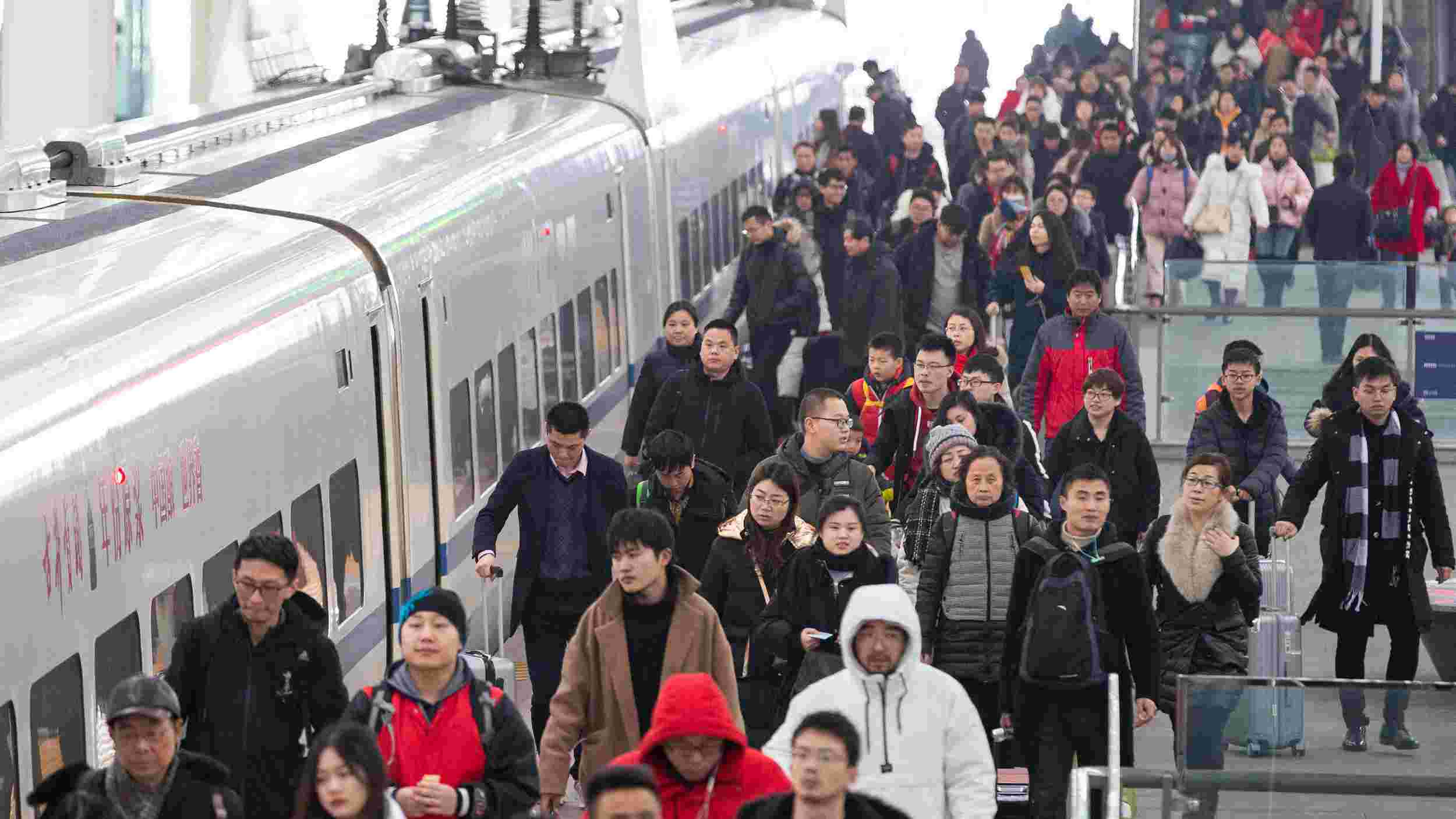 A total of 105.67 million trips have been made via railways, and daily railway trips surpassed 10 million for nine consecutive days, according to the China State Railway Group Co., Ltd.

Sunday is estimated to see some 12 million railway passenger trips, up 21.3 percent year on year, with 1,210 additional trains to be scheduled to meet the travel demand, the company said.

The Spring Festival travel rush, also known as "chunyun," lasts for 40 days from Jan. 10 to Feb. 18, and the total number of trips is likely to hit 3 billion during the period.