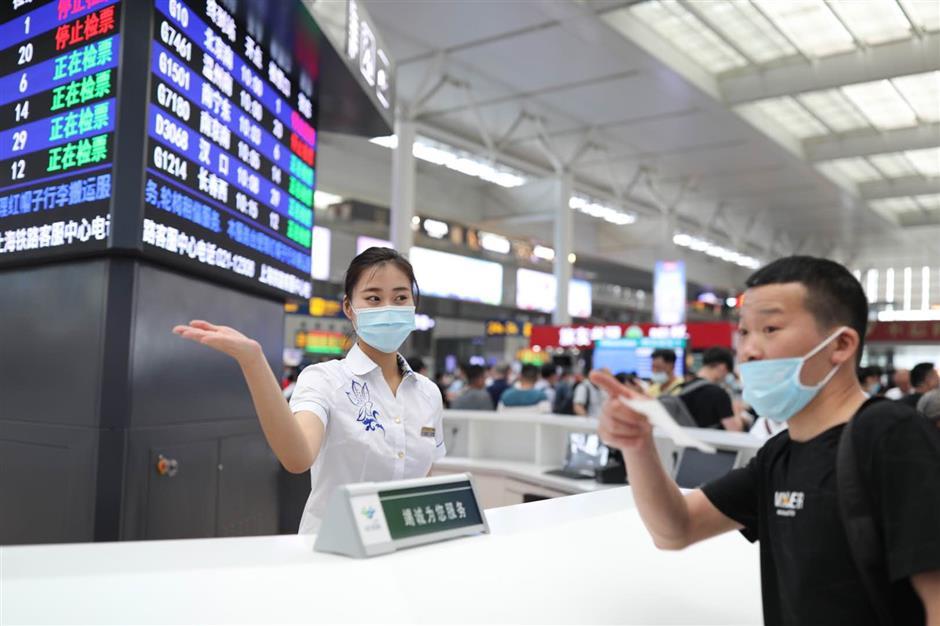 A staffer at Hongqiao Railway Station in Shanghai guides a passenger. 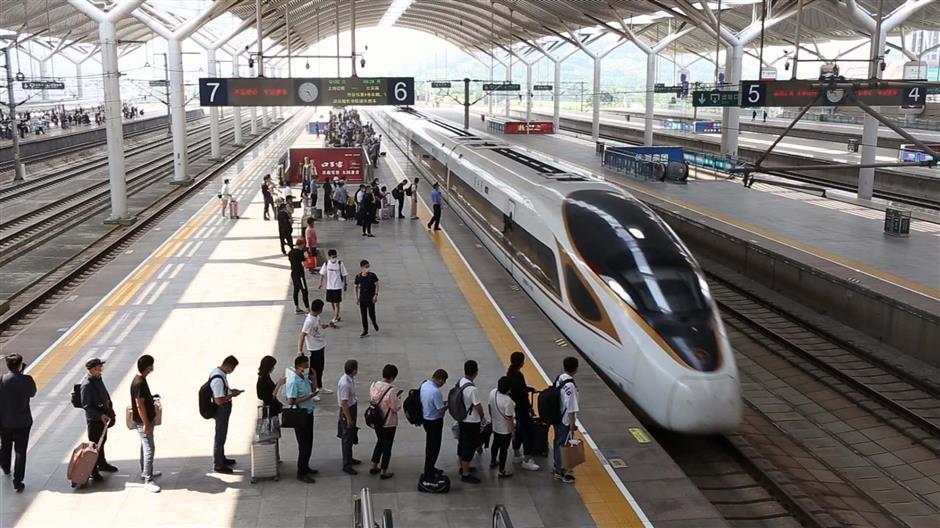 Passengers queue up to board a high-speed train at Xuzhou East Railway Station in Jiangsu Province.

More than 141 million railway trips are estimated in the Yangtze River Delta region during the upcoming summer travel rush, surpassing the figure for the same period in 2019, China Railway Shanghai Group announced on Tuesday night.

This year's summer travel rush will run from July 1 to August 31, lasting 62 days, and an additional 57 trains will be operated to cope with the surging demand.

Most trips will be made within the region while a slight increase in long-distance journeys is forecast.

Tourists, people returning home and students will be the majority of passengers, according to the group.

There will be more than 31 million long-distance trips, and over 110 million short-distance ones.

Additional train operations involving long-distance trips will head for destinations such as Jiangxi, Hunan, Hubei, Shandong, Gansu and Shaanxi provinces as well as the Xinjiang Uygur Autonomous Region based on demand.

Adjustments will be made based on real traffic flow, the group said, adding that disinfection, ventilation and hygiene measures will be beefed up at railway stations and on trains during summer time due to the big crowds.

All passengers are required to have their temperatures checked and must wear masks throughout the journey.