Normal trains in Guangzhou and Shenzhen began running on Monday. 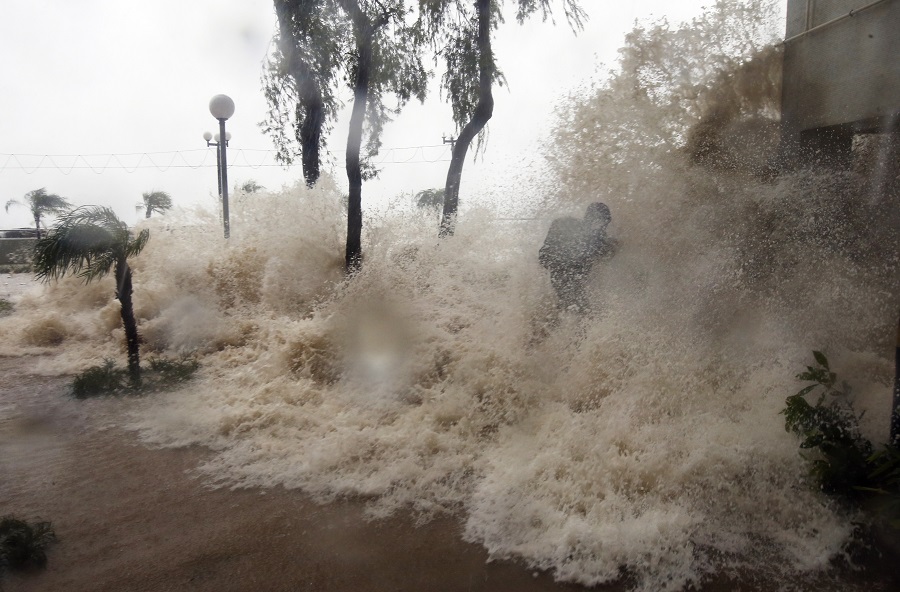 Severe Typhoon Mangkhut barreled through the Pearl River Delta on Sunday, leaving a trail of damage, flooding and injuries in its wake and forcing the closure of schools, markets and most public services across the region.

After claiming at least 29 lives in the Philippines, the destructive storm made landfall at 5 pm on Sunday on the coast of Jiangmen in western Guangdong province, packing winds of up to 162 kilometers per hour, according to the provincial meteorological station.

Four deaths caused by the typhoon have been reported in Guangdong.

Hong Kong Observatory kept its highest No 10 Hurricane Signal in effect for 10 hours from morning to evening on Sunday.

In the Hong Kong Special Administrative Region, intense winds and fierce rain left more than 213 people injured, and over 1,200 people sought refuge in temporary government shelters, as of 6 pm. 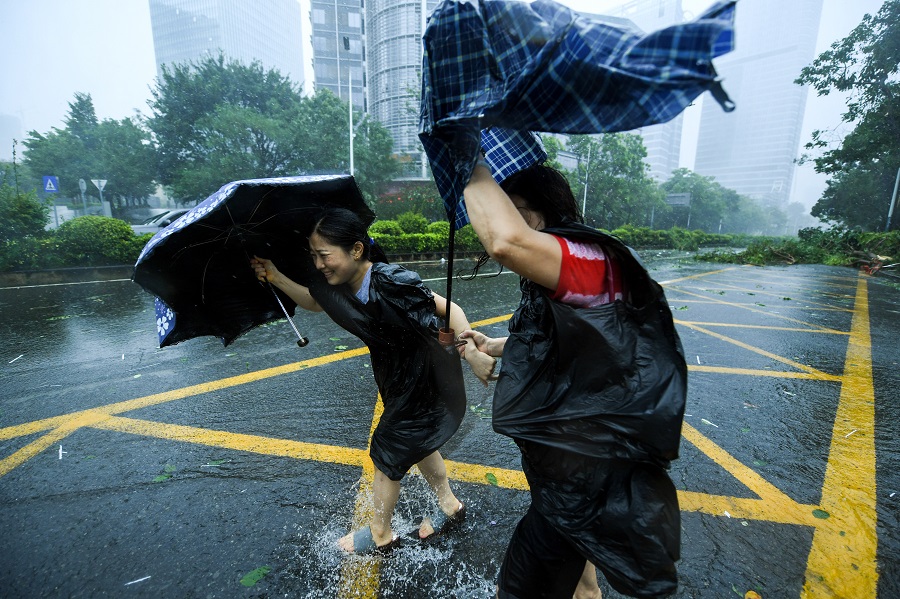 According to the Guangdong Meteorological Observatory, Mangkhut will continue to generate heavy rain and bring strong winds to the province until Thursday.

Xu Yuan, associate professor at the Department of Geography and Resource Management at the Chinese University of Hong Kong, said the warm seawater in the South China Sea helped Mangkhut maintain its strength after an earlier landfall in the Philippines.

In Guangdong province, more than 2.45 million people were relocated, and over 48,000 fishing boats were called back to ports.

In the wake of the typhoon, 18 major highways across Guangdong were closed from Sunday afternoon. Thousands of flights were canceled and all high-speed rail services were suspended throughout the day.

Limited public transport and other public services such as hospitals will resume gradually on Monday. Work was suspended at more than 29,000 construction sites and 632 tourist spots were closed in the province.

The Guangdong civil affairs department opened more than 3,500 emergency shelters for people in need amid the natural disaster.

Military forces in Guangdong were sent to coastal cities, and prepared about 1,000 lifeboats and disaster relief goods for emergency rescue.

Both governments of Hong Kong and Macao SARs announced suspension of all classes on Monday to the ensure the safety of students and clean community facilities.

In a rare move Sunday night, several universities in Hong Kong also released separate notices that classes would be suspended on Monday, and advised students and staff members to stay at home.