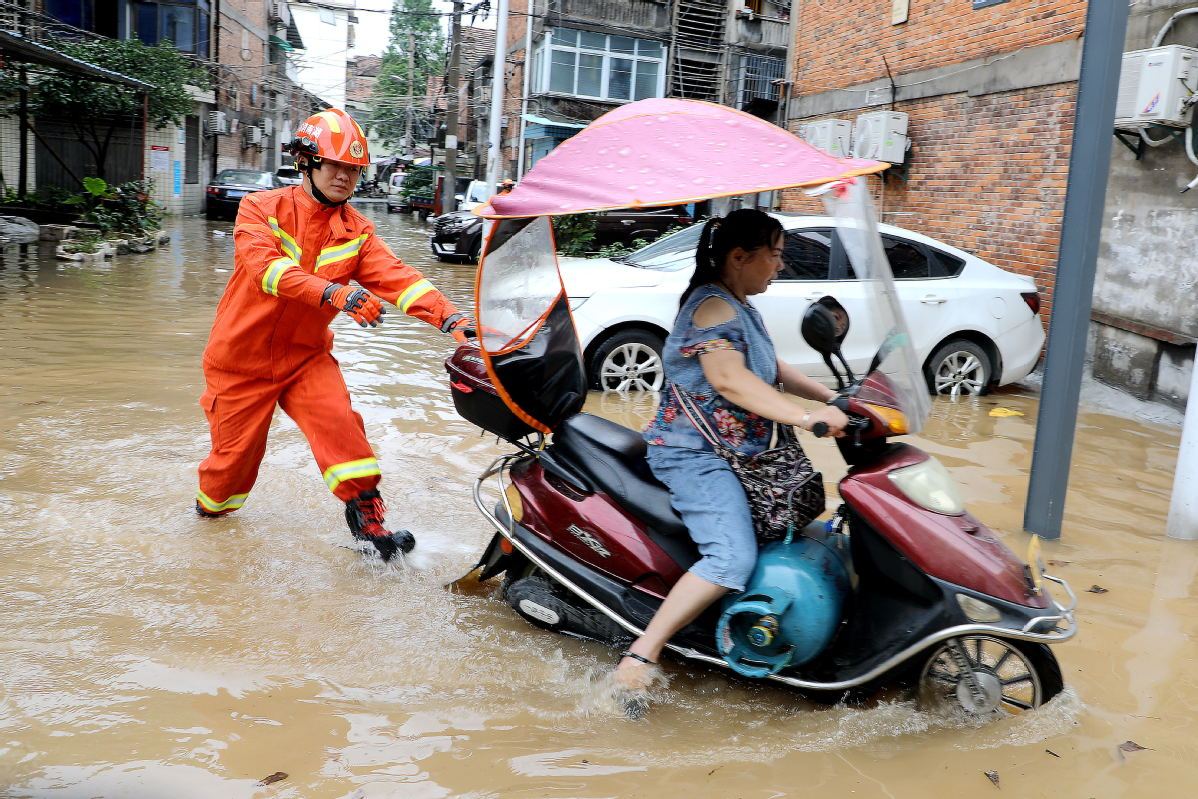 A firefighter helps a resident on an electric bike to pass through floodwaters in a community after a downpour hit Changde, Hunan province, on Sunday. (Photo: China Daily)

The province's flood control and drought relief headquarters said about 79,000 hectares of farmlands were also damaged by the heavy rain that started on June 28.

Yueyang, one of the hardest-hit cities, was waterlogged after it recorded a rainfall of 261 millimeters in a 24-hour period between Tuesday and Wednesday, the highest since the city's meteorological records began in 1952.

In the city of Changde, armed police officers piled over 5,000 sandbags and dug more than ten drainage channels after leaks were reported in levees of a local river Tuesday evening.

China renewed its orange alert, the second-highest, for rainstorms on Wednesday, and multiple provincial-regions have enhanced flood responses as heavy downpours continued to swell rivers and trigger landslides in southern parts of the country.