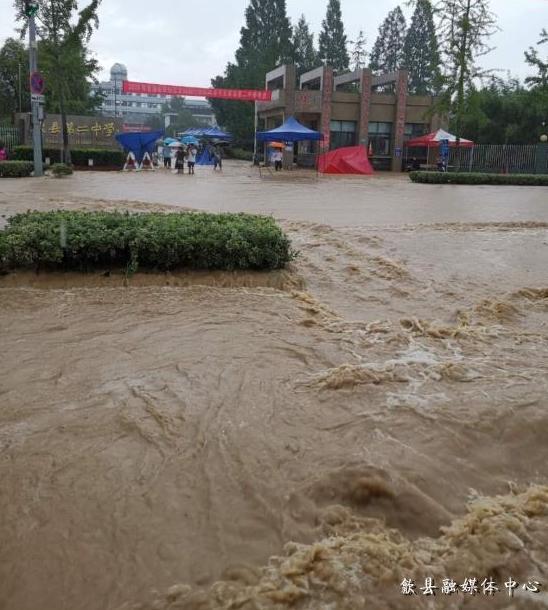 River water overflowed into downtown streets of the county seat, and most of the examinees were unable to reach their exam venues on time, according to the provincial education examinations authority.

All of the 2,000-plus examinees in the county were affected on Tuesday morning.

After reporting to the Ministry of Education, the provincial education examinations authority said the exams on Chinese language and math originally scheduled on Tuesday will be delayed in the county, and exams on other subjects will be held as scheduled on Wednesday.