BEIJING, Feb. 10 (Xinhua) -- Snow and rain will continue in central and western China Sunday due to cold air and a warm and wet air current, heralding a bumpy way back to work for many Chinese. 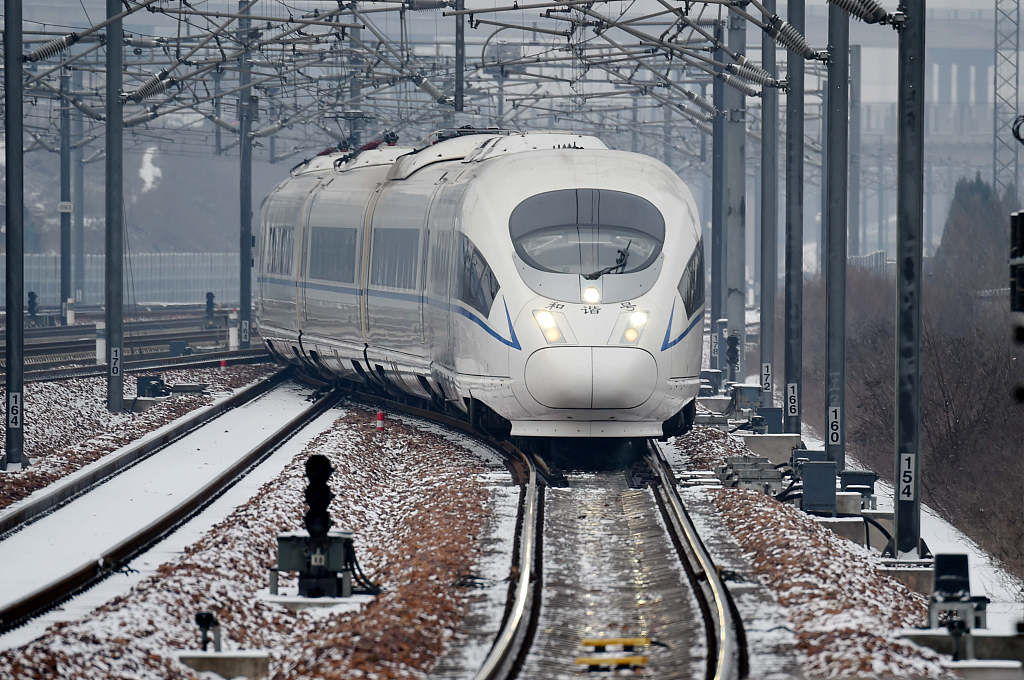 A bullet train affected by rain and snow speeds down for safety in Luoyang, central China's Henan Provincde, on February 10. (Photo: VCG)

Snow and sleet might hit southeast Shaanxi, the southern part of northern China, northwest Hunan and northeast Guizhou as well as other areas, according to the National Meteorological Center.

The weather will improve on Monday, the observatory predicted.

However, regions south of the Yangtze River, southern China, Chongqing and Guizhou might see lingering rain next week.