CHINA Rainbow Chamber Singers: the choir that makes you laugh

Rainbow Chamber Singers: the choir that makes you laugh

Editor's Note: The Rainbow Chamber Singers are a popular choral group in China founded in 2010 by Jin Chengzhi and fellow students at the prestigious Shanghai Conservatory of Music. It garnered public attention with the song "Where On Earth Did You Leave the Key, Zhang Shichao?" in 2016. The group stands out for its unconventional performance style and production of many popular songs. How does it combine comedic elements with elegant choral music? Where do they find their pieces? How do they feel about going commercial? We gained some insight from Jin, their conductor. 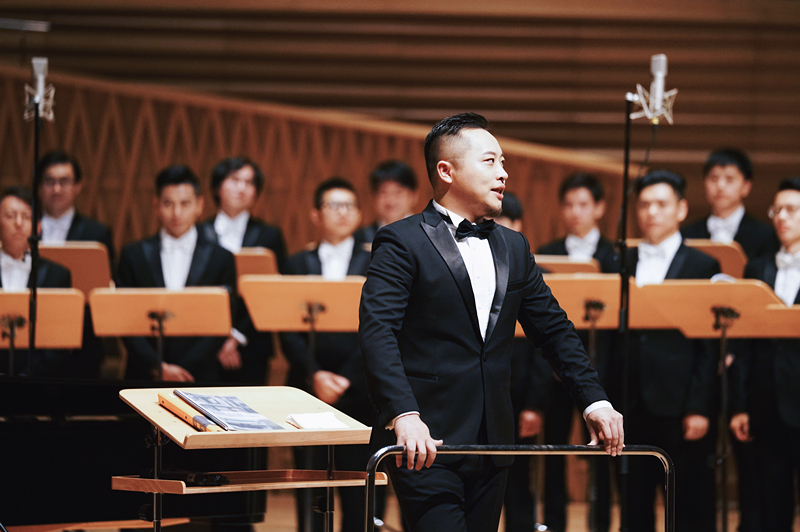 Since the Rainbow Chamber Singers were established in 2010, almost eight years have passed. What are your deepest impressions on the choir?

The deepest impression for me is that Rainbow Chamber Singers has become a family. In the beginning, we got together for the love of singing. Now, eight years have passed and our goal remains the same. While our group has experienced ups and downs, we have stuck to our goal.

How do you combine the modern funny elements with elegant choral music?

Choral music began many years ago. For example, in ancient Greek times, people sang together in the square. So the source of the chorus is from life, from a square, from people.

In my opinion, any topic can be expressed through this ancient form. A chorus can be used to express them as long as they come from life.

As the person in charge of songwriting, where do you get your inspiration to compose music?

Our works are from life. We live in this age, and gain messages and knowledge from this age. My inspiration is closely connected with my life. So I often relax and think in coffee shops, along roadsides, in mountains and in fields. What I see and experience become a part of life and our works, such as the work "A Spring Festival Survival Guide."

Do you mind the label "divine tune" (supremely popular, non-mainstream and vulgar music) on your group's songs, as many usually regard  a chorus as elegant art?

I don't mind the label "divine tune" on our works. First, labels are given by others. We cannot stop others from putting labels on us. Besides, "divine tune" is not a derogatory term.  It's an affirmation of enormous perspective.

If our works have exerted an influence on others and changed their attitudes, that's the greatest reward for my writing. What our group can do is to express our thoughts.

How did your group become so popular?

First, I think our group going viral is a coincidence. In the internet era, everyone can express his or her opinion and others. It was accidental that one of our earliest works, Where On Earth Did You Leave the Key, Zhang Shichao, became an online hit.  After that, we have produced many other kinds of performances and works. Since we became popular, our group could accumulate funds, have a better stage, own a chorus hall and support our group's future operations.

What influence does internet and multimedia development have on high and popular culture?

The internet is just like a square where everyone gets together to express their opinion, show their talent and discuss with each other. This platform (internet) brings these activities to light.

Multimedia is absolutely helpful to spread classic art for it provides a better showcase for our performance.

However, multimedia is a double-edged sword. In the past, I listened to classic music over the radio, and it was the radio hosts who recommended music on the basis of their own tastes. That means your taste in music was influenced by someone else's experience. 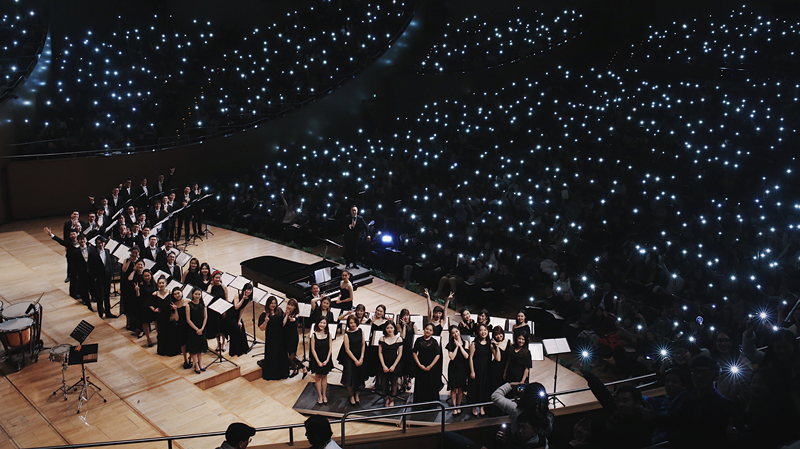 What are your future plans for your group?  Are you thinking about expanding your group's international influence?

What we need to do is to make steady progress and to do our own job well.

With regard to expanding our international influence, we are trying to expand our performances in both scope and depth, as well as seeking all kinds of cooperation. Besides Shanghai, we also held concerts in Xiamen, Shenzhen, Guangzhou, Taipei, Beijing and other cities around China. Before we sing songs of different languages, we also sing songs of different periods. Like now,  we sing songs from the Renaissance period.