CHINA Rainy weather in Shanghai to persist through the week

Rainy weather in Shanghai to persist through the week

The strong winds and heavy rain in Shanghai that started on Sunday are expected to continue in the coming days as the annual "plum rain season" – a period of rainy days with high humidity and high temperatures – will continue through this week, according to the city's weather forecast authority. 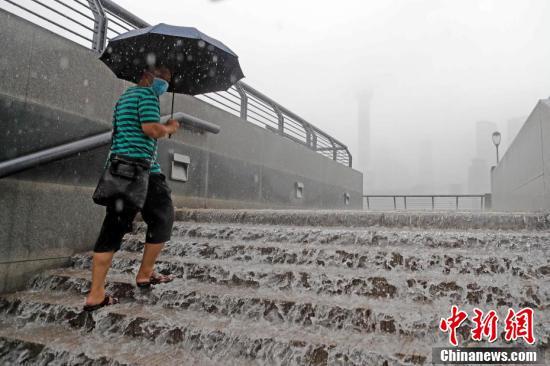 The Shanghai Central Meteorological Observatory upgraded the warning signal of the rainstorm from blue to yellow on Monday as heavy precipitation was reported across the city.

Dongping town of Shanghai's Chongming district registered the largest amount of precipitation from 8 pm on Sunday to 1 pm on Monday at 195.7 mm.

A total of 31 inbound and outbound flights were cancelled at the city's two airports as of 10 o'clock on Monday morning because of the weather conditions, according to the Shanghai Airport Group.

China Railway Shanghai Group said that no trains were affected by the weather.

As the national college entrance examination will last from Tuesday to Wednesday, the meteorological service said it has cooperated with the Municipal Education Commission to formulate a detailed plan to mitigate the impact that the weather will have on students.

Some of the measures include switching on the air-conditioners in the classrooms if the temperature exceeds 28 C and closing doors and windows during the thunderstorm to ensure a quiet environment for the exams.