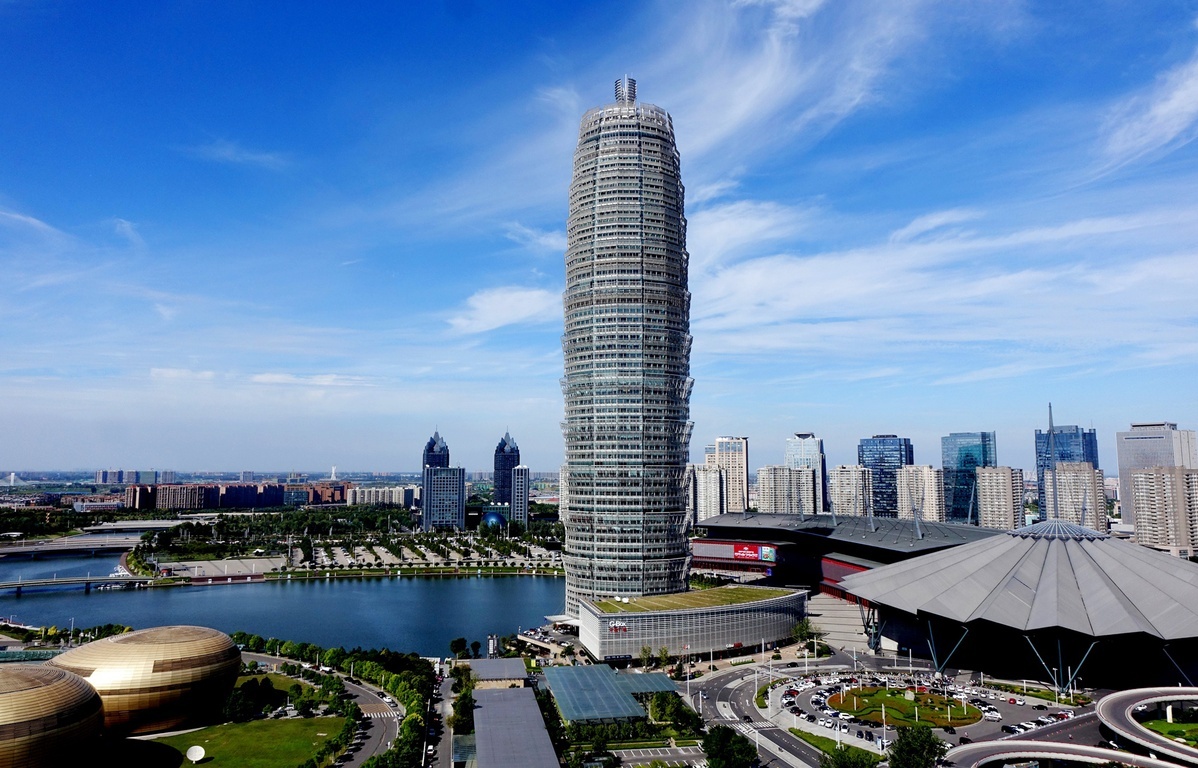 The Zhengdong New District in Zhengzhou, Henan province, with the Millennium Royal Plaza in the center. The 280-meter-tall building is inspired by the Songyue Pagoda, in the province's Songshan Mountain, which dates back to some 1,500 years and is China's oldest brick pagoda. (Photo: China Daily)

"For the last several decades, the most remarkable facet of China's urbanization has been its unmatched speed," said Ramanath Jha, a research fellow focusing on urbanization at India's think tank Observer Research Foundation, in an article recently released by the foundation.

"The country's demographic transition from an overwhelmingly rural population to a predominantly urban citizenry got pushed with unparalleled rapidity," the expert said.

Noting the phenomenon can be better understood through a comparison between the United States, China and India, he said that the United States took two centuries to reach 80 percent urbanization from a base of 20 percent, while "India will most likely take two-and-a-half centuries and China a single century."

Rapid economic growth coupled with urbanization at speed was also backed by an aggressive urban planning strategy in China, the Indian expert pointed out.

A national plan, tightly regulated by the Ministry of Land and Resources, province by province, fixes an overall land use plan, he said.

Once the geographic and demographic dimensions of urbanization are determined, urban planning policies kick in, the expert said.

In the process of urbanization, Chinese cities have also managed to address "big city problem" and avoid unemployment and poverty by creating conditions for growth in income and employment, he added.