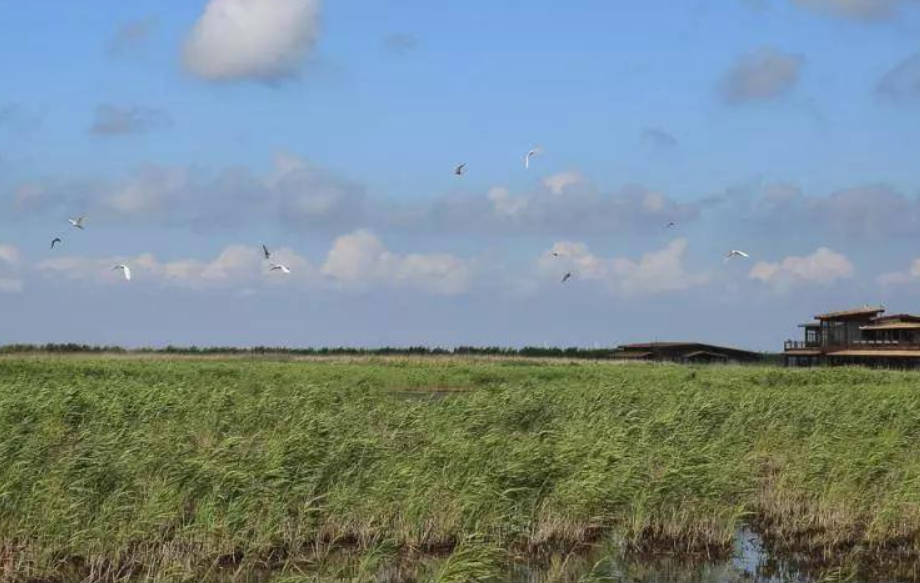 A growing number of migratory birds, including some endangered species, are overwintering in Shanghai’s Chongming, China’s third-largest island in the Yangtze River estuary, as local authorities promote environmental protection, energy conservation, and sustainable development to develop Chongming into a global eco-island.

Located to the north of downtown Shanghai, Chongming is one of the stops in the migratory flyway from Siberia to Australia. At the eastern end of the island is the 242-square-kilometer Chongming Dongtan National Nature Reserve, the largest bird wintering site in China. Established in 1998, the national-level wetland reserve is designated for protecting migratory birds and their habitats.

The reserve hosts approximately a million migratory birds every year, either as a brief stopover during migration or as a winter base, according to official data. More than 290 bird species have been spotted at the reserve. Among the main waterfowl species that spend winter in the reserve are hooded cranes, heron, Mandarin ducks, little curlews, and black-faced spoonbills. 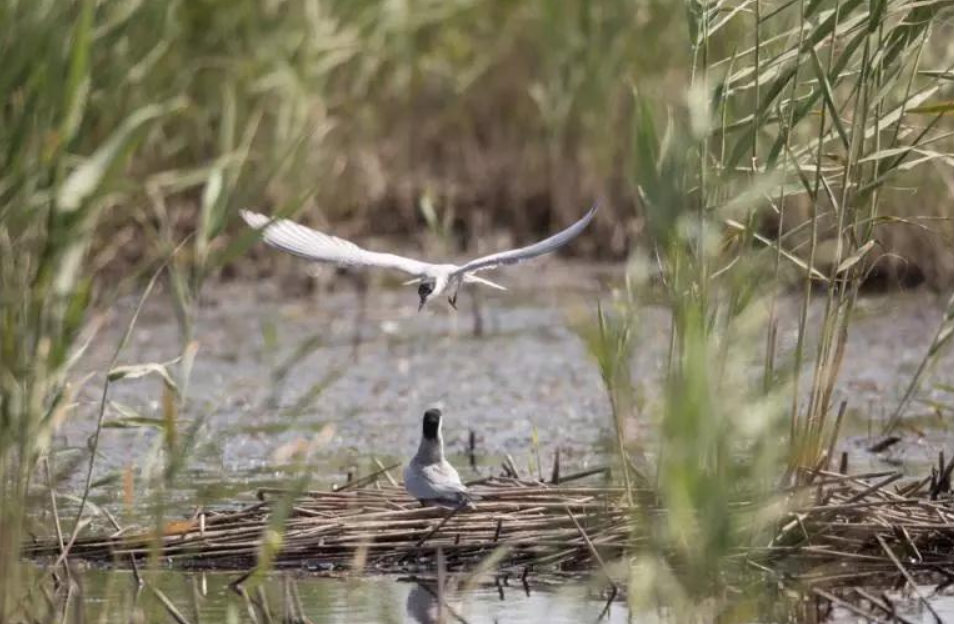 Since the 1990s, Spartinaalterniflora, a plant native to the eastern and gulf coasts of the United States, has been rapidly spreading in the reserve and invading the native plant communities. Thus, there was a significant decrease of Scirpusmariqueter, the dominant vegetation on the island, which serves as the major food for a great number of the bird species. In just a few years, the island saw a decline in terms of bird numbers and bird diversity.

In an effort to protect biodiversity in the Dongtan Nature Reserve, since 2006, regional authorities have been working on wetland restoration and weeding out harmful, nonnative plants, as well as educating the public and cracking down on poaching.

In September 2013, an ecological conservation and wetland restoration project with an investment of 1.16 billion yuan was launched to control the expansion of the invading plant and to improve the birds’ habitats. According to Shen Shuai, an official from the administration committee of the reserve, about 2,2841 mu (around 1,522 hectares) of Spartinaalterniflora has been removed up till 2016. 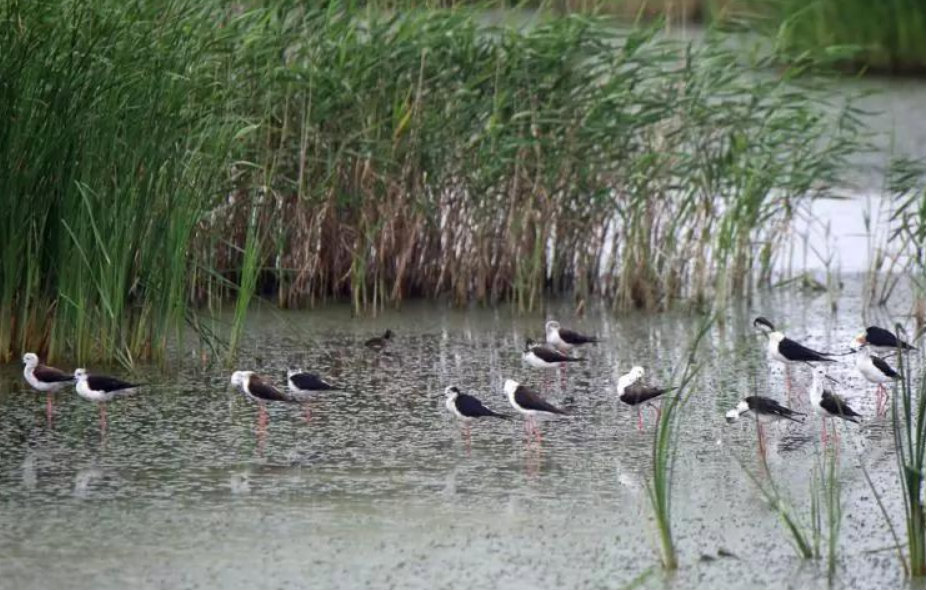 Law enforcement teams at forestry stations and wildlife protection patrols have been set up to reduce illegal poaching of wildlife, including birds. Meanwhile, a base for science education on the protection of birds opened in 2010 inside the open area of the reserve, welcoming 90,000 visitors to date.

Thanks to the high level of eco-protection at the reserve and on the island, a total of 290 species have been tracked on Dongtan, and more than 300 thousand birds shelter there every year. Last winter, a number of protected species, such as hooded cranes, common cranes, whistling swans, and rare Chinese mergansers (which had long disappeared from the region) have been seen on the wetland. The island is currently one of the country’s top destinations for bird-watchers.

Besides the natural reserve, the island’s forest coverage, natural wetlands, fresh air, and clean waterways have also made Chongming a favorite getaway for those seeking to avoid the chaos of urban life. Now the island is home to an assortment of natural parks, wetlands, and ecological villages where people can watch birds and relax.

“We will make every effort to develop Chongming into a world-class ecological island, setting a new benchmark in the protection of the ecological system along the Yangtze River,” said Ma Chunlei, director of the Shanghai Municipal Development and Reform Commission.