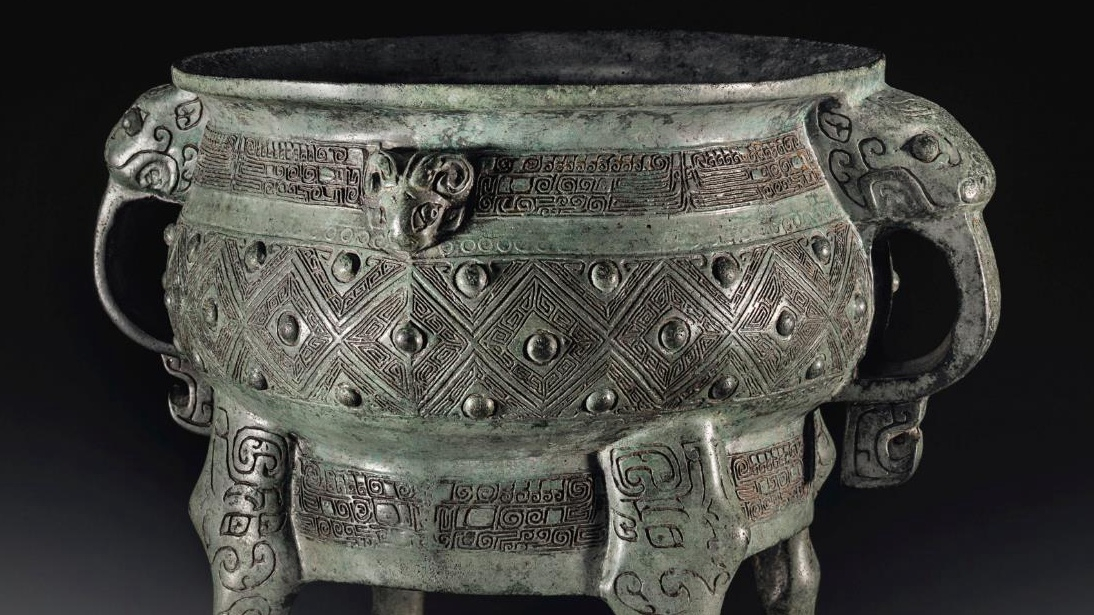 The vessel, named Zuo Bao Yi Gui is prized for its unique form and exceptional provenance. It was once in the collection of China's Emperor Qianlong of Qing Dynasty (1636 - 1912) and was published in a catalog of bronzes in the imperial collection which was commissioned by the emperor and printed in 1755.

The vessel's presale estimate is 4 million US dollars to 6 million dollars.

Only six other archaic bronzes from the Qianlong emperor's collection are known to be in private hands today.

The Asian Art Week, lasting from September 7 to 14, is consist of a series of auctions, viewings, and events.

Apart from the Zuo Bao Yi Gui, there are three other thematic auctions that are worth exploring. "Masterpiece of Cizhou Ware: The Linyushanren Collection, Part IV" is the fourth auction of a sale series of rare Chinese ceramics from an important private Japanese collection. "Fine Chinese Jade Carvings from Private Collections" presents a range of jades from five collections.

"The Ruth and Carl Barron Collection of Fine Chinese Snuff Bottles: Part VI" features over 150 snuff bottles in a variety of materials including jade, porcelain, gold and agate.