NANNING, Dec. 17 (Xinhua) -- A rare duck species has been spotted in south China's Guangxi Zhuang Autonomous Region, according to a waterfowl survey team. 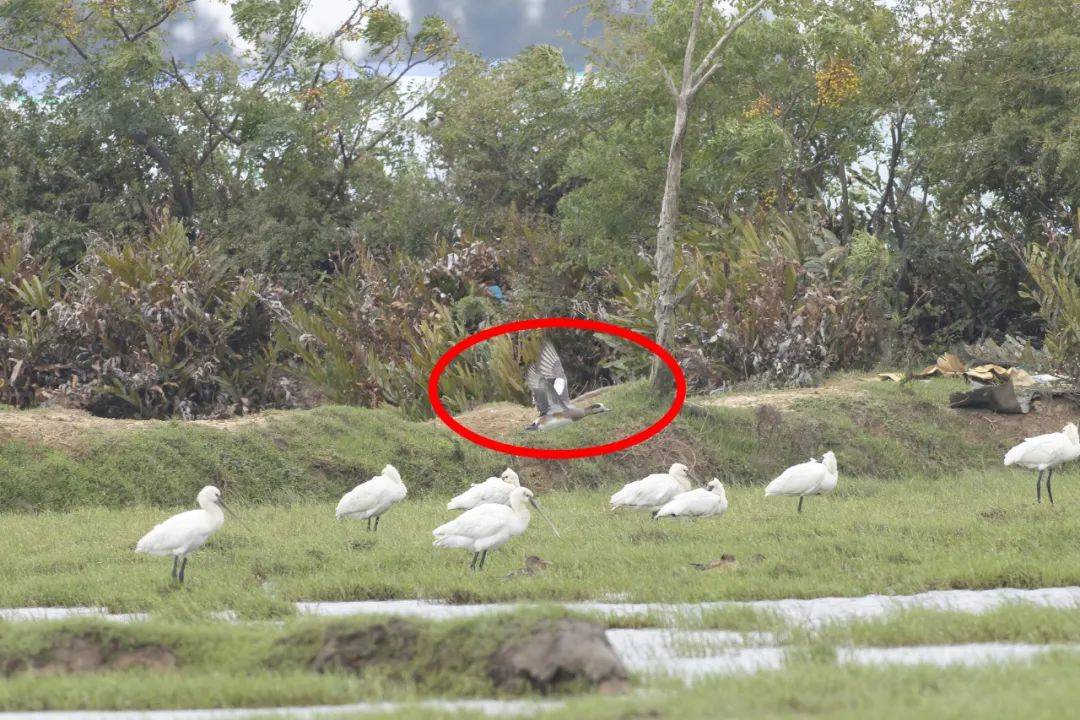 The team from the SEE Foundation found an American wigeon in a migratory bird habitat in Sanniang Bay, Qinzhou City, during recent field research.

"This is the first time that this species has been spotted in Guangxi," said Sun Jiajie, the coordinator of the waterfowl survey project in Qinzhou.

American wigeon is a species of dabbling duck found in North America, occasionally wintering in the Korean Peninsula and Japan. In recent years, there have been sporadic observation records of this species in China, such as in Beijing, Zhejiang and Guangdong.

With rich biodiversity, Qinzhou has become a wintering destination for migratory waterbirds.

The survey team recorded around 12,000 wintering birds in Sanniang Bay this time, including a spoon-billed sandpiper, 11 black-faced spoonbills, and a black-billed gull, all of which are under first-class national protection, Sun said.