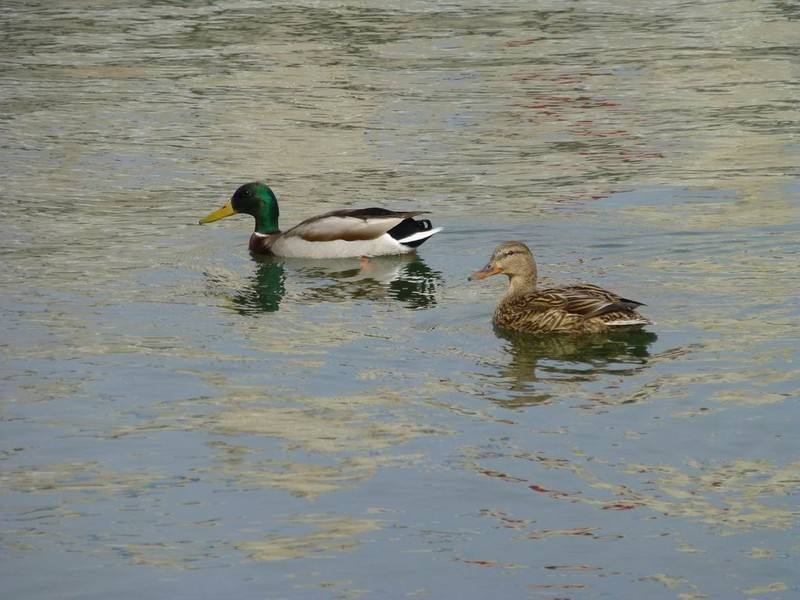 A pair of rare Baikal Teal ducks have been spotted in Beihai Park in Beijing, drawing many bird lovers to watch and take photos.
The Baikal Teal, also called the squawk duck, is a dabbling duck that breeds in eastern Russia and winters in East Asia.
The male duck has a striking green nape, yellow and black ears, neck and throat. It was listed on the red list of endangered species in 2012 by the International Union for Conservation of Nature.
Every March the birds fly from southern China to Siberia and come back in Autumn. It is rare to see the species in Beijing in January.
"Beijing has over 400 species of birds, and the number has been increasing in recent years," said Wang Bojun, a staff member at the Beijing Wildlife Rescue Center, adding that the phenomenon is a sign of Beijing's improving environment.
Beijing saw major air pollutants plummet in 2017 thanks to a string of measures to improve air quality. The average density of PM2.5 dropped 20.5 percent year on year to 58 micrograms per cubic meter of air in 2017,according to the Ministry of Environmental Protection.