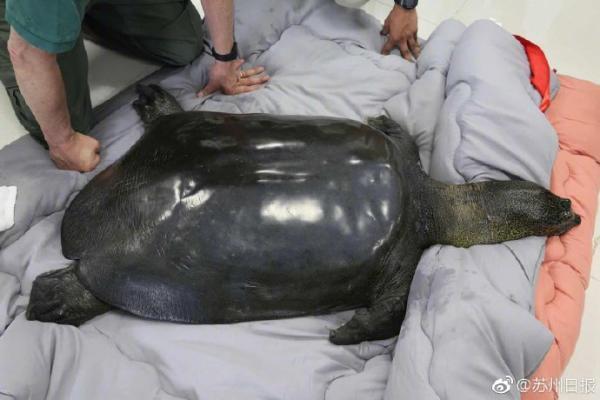 Rafetus swinhoei, only four known remaining in the planet, has lost its sole female in east China’s Suzhou on Sunday, killing the final hope for the the world's rarest turtle species.

The 90-year-old female turtle accidentally died during scientists’ fifth attempt at artificial insemination, leaving her elderly male partner the only survivor in China. The other two males live in the wild in Vietnam.

It's ovarian tissue has been collected and frozen by experts.