An infrared camera captured rare footage of a family of four snow leopards strolling together in North China’s Qilian Mountains, according to a report released on Monday by the local forestry authority and the China office of the World Wide Fund for Nature (WWF).

WWF said the footage was retrieved from one of the infrared cameras set up in Aksay county, North China’s Gansu Province. The snow leopards, one nursing female and her three cubs, were caught on camera last October, which was the first record on the activities of four snow leopards in the region.

Aksay sits in the west end of the Qilian Mountains and next to the Altun Mountain, both of which are the natural shelters to China’s endangered snow leopard. The video footage provides solid evidence for the existence of breedable snow leopards and the value of Aksay to their preservation, WWF said.  Experts estimated the leopard cubs were born last year and under six months old when they were captured by the camera. Leopards start independence after they grow up to at least 19 months old. 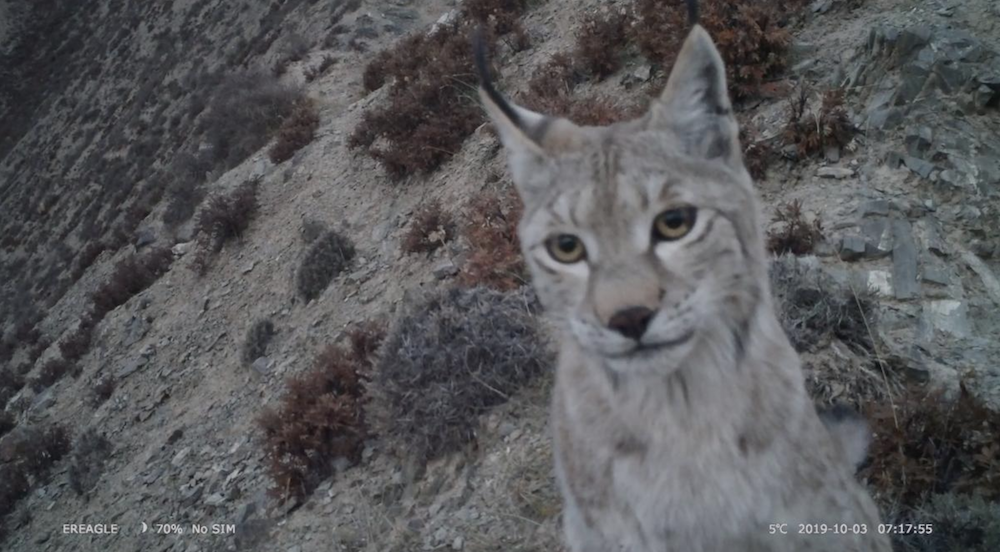 The infrared cameras also took snapshots of other alpine animals including lynx, red fox and mountain sheep, according to WWF.