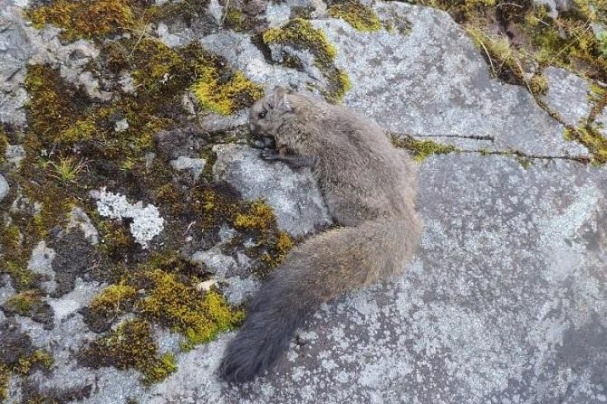 Eupetaurus cinereus is among the rarest and least studied mammals in the world, according to the article released on Monday.

Currently, the animal is classified as Endangered on the International Union for Conservation of Nature Red List, with a population of approximately 1,000 to 3,000, said Li Quan, an author of the article, who is attached to the Kunming Institute of Zoology, Chinese Academy of Sciences.

The research team, with scholars from China, Australia and the United States, discovered the two species in Tibet Autonomous Region and Yunnan Province.

The discovery of the species indicates that the Himalayan and Hengduan Mountains regions boast rich biodiversity. "Monitoring results showed that their habitats are far from human settlements. We, along with the staff of the nature reserves, will further monitor, study and protect them," Li said.