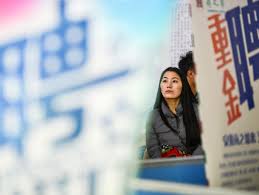 The female labor participation rate (FLPR) in China has surpassed higher-income countries such as the US, Japan and France, said Lesley Braun, director of the Blackmores Institute at the 13th China Health Communication Conference held in Beijing."According to statistics on the labor force market by the World Bank in 2017, the FLPR in China has reached 61.5 percent, higher than 55.74 percent in the US, 50.5 percent in Japan and 50.56 in France," said Braun.Despite pressure from both workplace and family, Chinese women in the workplace adopt a positive attitude toward their work. More than 60 percent of the respondents from China's urban women in the workplace are "moderately satisfied" and "very satisfied" with their current job.However, 50 percent of the respondents said they are disturbed by sleeping problems, and the survey shows that sleeping problems has become the top health issue among women in the workplace for all ages ranging from 20 to 60.A green paper on the health of China's urban women in the workplace at the conference shows that the health issue is amassed from work stress, excessive sitting, irregular sleeping hours, excessive screen time and life pressure.Mao Qun'an, head of the disease control and prevention division of China's National Health and Family Planning Commission, said that women's health problems are a concern of society, and should be tackled by improving health services and offering health care throughout their entire lives.