Latest census results show that the household size in China has gradually shrunk over the past decade, with the average number of members in a family declining to 2.62 in 2020 from 3.1 in 2010.

"Over the past 10 years or so, the size of local households has shrunk significantly," said Li Changxing, a 50-year-old neighborhood committee member who has been engaged in community work for nearly 20 years in Haidian district, Beijing. 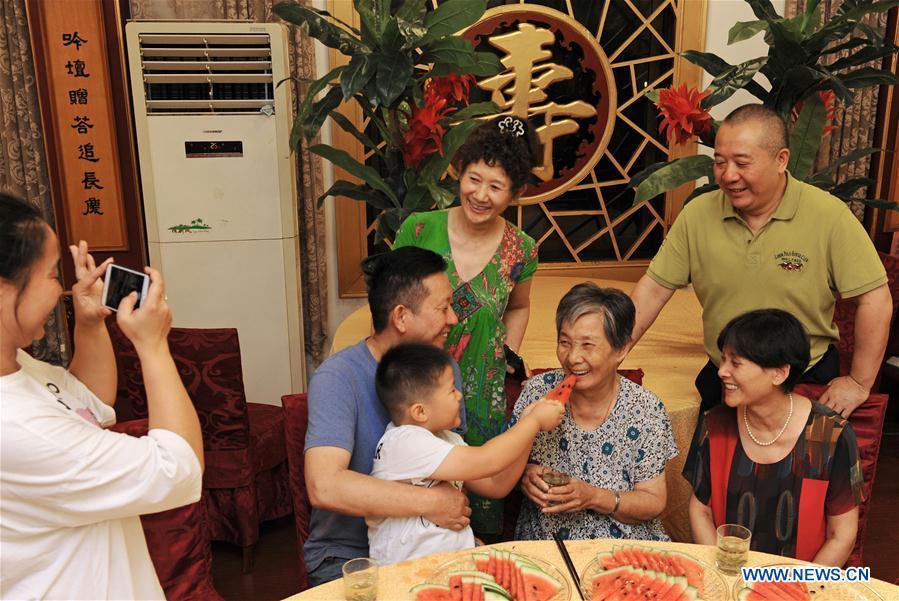 Li noted that in the past, it was common for three, or even four generations to live together under the same roof. In stark contrast, nowadays, a household is frequently made up of a husband, a wife, and one or two children. Li added that now the most common type of family is made up of three members.

Rural areas have also witnessed a drop in household size. "Nowadays, young people place more value on their own nuclear families. After working in cities, they will invariably obtain permanent urban residencies there," said Wang Lin, a senior citizen from a small village in east China's Anhui province.

Wang added that his elder son and daughter have both obtained urban household registrations. "With my younger son working outside, my wife and I usually live alone," he noted.

This change came about mainly due to the increasing mobility of the population, improved housing conditions, and the fact that young people live separately from their parents after marriage, according to Ning Jizhe, head of the National Bureau of Statistics.

In recent years, cities in China have eased restrictions on permanent residency and improved housing market and support systems, providing favorable conditions for young people to settle down in cities.

“Now, it is much easier for people to get permanent residency in big cities. Among my classmates who graduated in the same year, many have settled down and started families in Shanghai, Shenzhen and other metropolises," revealed Yuan Ping, a young man from south China’s Guangdong province who now works in Shanghai after graduating from a university in Beijing three years ago.

Yuan has gained permanent residency in Shanghai and enjoys his family life in a public rental housing apartment.

Another major reason is that the decline in the fertility rate has resulted in fewer newborns, said Chen Gong, head of the population research institute at Peking University.

However, the elderly invariably have mixed feelings about this trend. Yang, a retired man in Beijing, says he and his wife are able to enjoy their retirement life with stable pensions, but are concerned about their future old-age care since their only son lives in Shanghai.

"Some of my friends visited some nursing homes for their future plans. We have also taken this option into consideration," Yang disclosed.