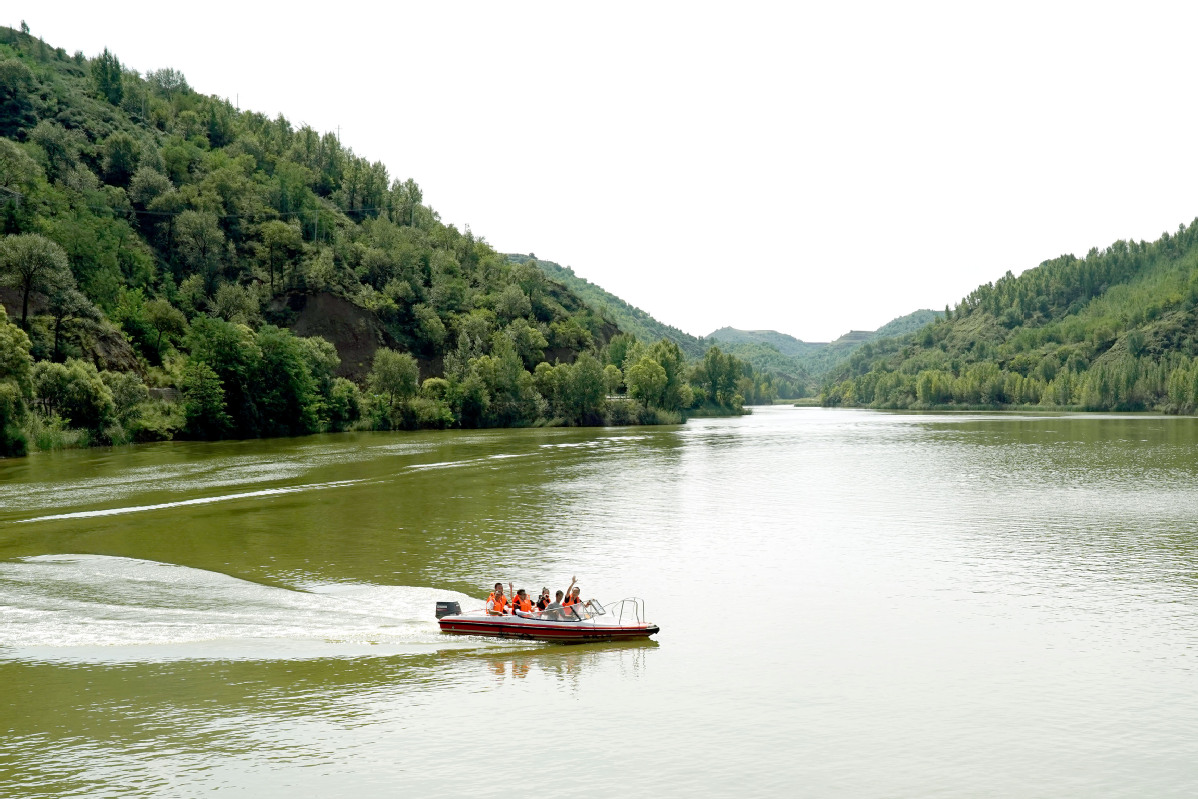 After decades of excessive intense farming and overgrazing, Nangou village in the northwestern city of Yan'an was on the brink of environmental collapse by 1998.

Further environmental aggravation from summers of frequent flash floods posed great risks to dwellers and crops in the ravine, while raging sandstorms throughout the rest of the year would snap the buds of any grain.

Authorities in Wuqi county, which oversees the mountain hamlet, decided to persuade its farmers to give up agricultural endeavors that same year, to make room for walnut and apricot trees and rebuild the declining farmlands.

When mature, the plants were expected to offer farmers a more stable basic income, and help conserve the stark dirt hills prone to water erosion, which had been fueling sediment discharge into the upper and middle reaches of the Yellow River.

But tillers expressed backlash - they were used to the extensive farming and feared that the changes would plunge them into a food crisis, according to Yan Zhixiong, then Party chief of the village.

"The farmers thought we were depriving their only means of livelihood," Yan said, who retired last year.

At the time, China was yet to launch its landmark reforestation program aimed at phasing out farming and grazing practices in environmentally fragile regions by offering subsidies to complying farmers. But the Wuqi government could not afford the sum.

"What did we do then? We did the math for them," Yan said, referring to their attempts to convince farmers that switching to cash forests would strike a balance, making them better of alongside the immense environmental values.

The reforestation effort in Wuqi that began 20 years ago was China's earliest government-led attempt to limit farming's impact on a fragile environment. One year later, the small county's initial trial morphed into a nationwide campaign to return degrading farmlands and pastures to nature.

Figures provided by the local government show the county has phased out farming on 163,000 hectares of land over the past two decades, and more than 2.1 billion yuan ($293 million) was handed out to complying farmers. 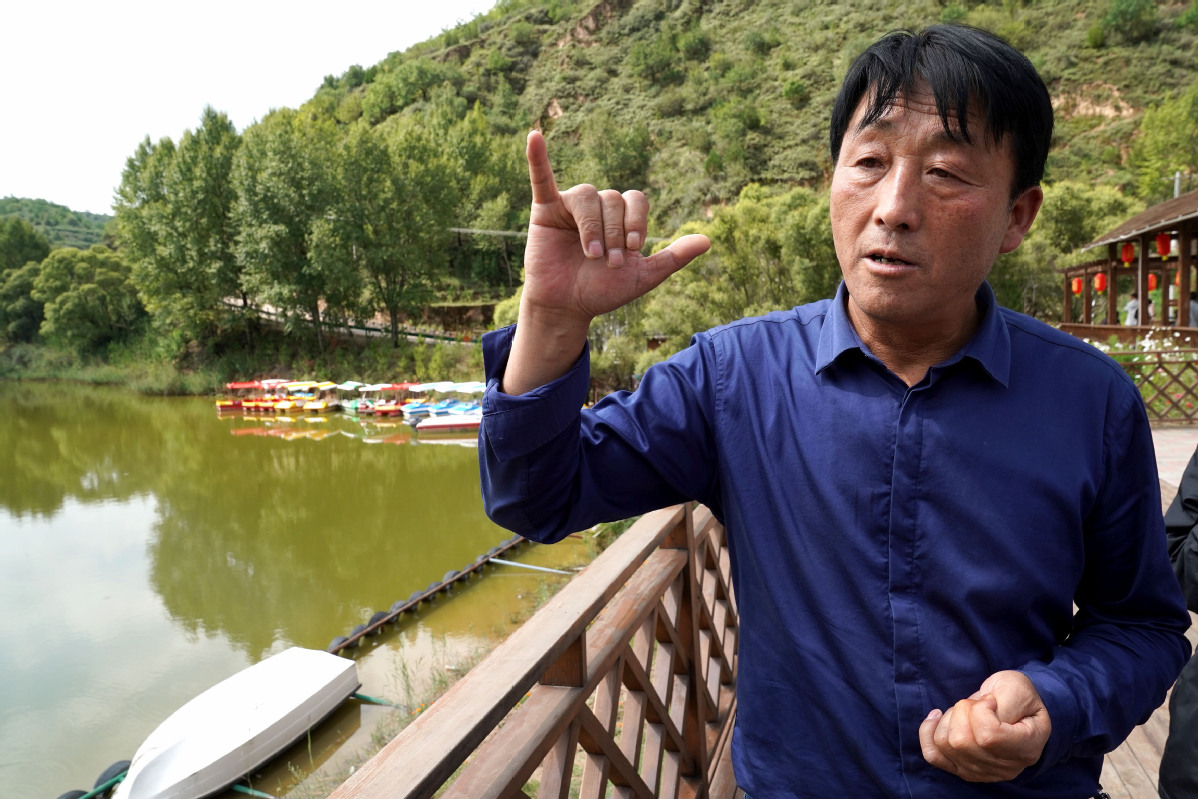 Yan Zhixiong, the former Party chief of Nangou village, introduces facilities and entertainment projects to visitors in the scenic area he established with his fellow villagers in 2018.

Liu Guangliang, deputy director of the county's forestry bureau, said grain output had not dropped as feared after large swathes of farmland were returned to nature.

"Less land meant farmers had to embrace a much more intensive farming practice, and adopt modern agriculture technologies," he said.

Liu added the improved environment has also greatly reduced soil loss from summertime downpours and disasters that, which also contributes to the increased grain output.

Reforestation has helped to free the labor from toiling on low-yield land in Wuqi, which is known for its high concentration of soil and alkali, instead enabling them to work in nearby cities to improve their income. It has also made Yan's village a scenic area featuring lush mountains, a vast lake and a cave hotel modeled after local folk houses.

Last year, Yan and his villagers established a tourism cooperative in the village, which so far has brought in some 140,000 visitors and 1 million yuan in revenue.

"We are planning to expand the parking lot and improve the catering service so as to attract more visitors," he said.