Recent sporadic cases taking place in Beijing, Northeast China's Shenyang, Dalian and Southwest China's Chengdu, were all found to come from abroad after epidemiological investigation and virus gene sequencing analysis, according to Chinese authorities on Thursday. 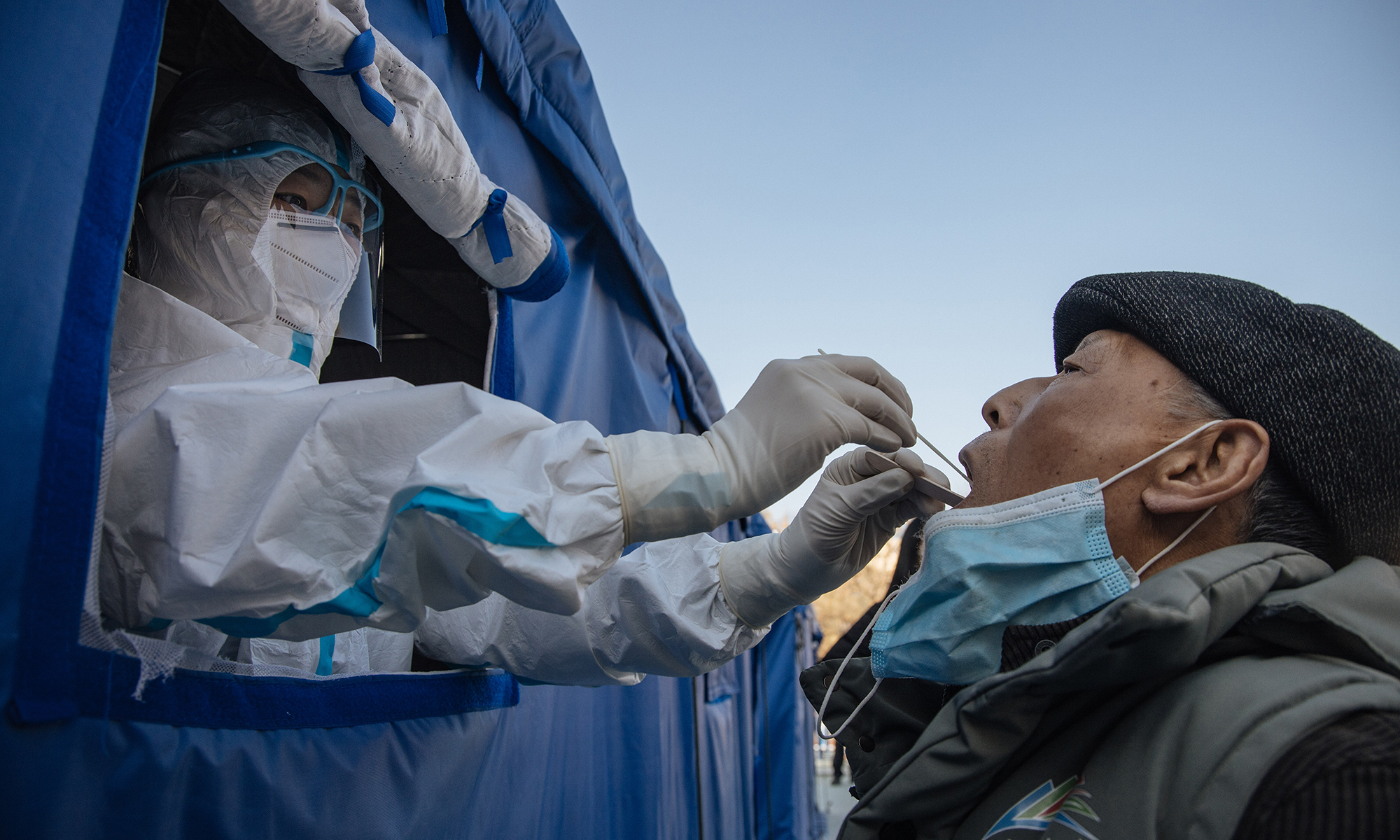 As of Wednesday, Shenyang in Liaoning had registered 16 confirmed COVID-19 patients plus two imported silent carriers amid a recent outbreak starting from December 23 — with 16 cases all related to an imported patient surnamed Yin who entered China on November 29 from South Korea, according to the Health Commission of Shenyang on Thursday.

The 67-year-old woman entered China on November 29 from South Korea and was released from quarantine on December 13; however, she showed symptoms on December 22 and was confirmed with COVID-19 later, according to the local authority.

The individual case spread faster because the incubation period of the patient was longer than normal, but there's no evidence indicating the virus is new fast spreading variant, Wang Peiyu, deputy head of Peking University's School of Public Health, told the Global Times on Thursday.

Dalian city authorities said on the same day that this wave of COVID-19 cases starting from December 15 was triggered by imported sources from overseas after virus gene sequencing analysis. On December 15, four new asymptomatic cases of COVID-19 were reported in Dalian; they worked as loaders in a cold-chain import company.

In Chengdu, the outbreak also can be traced to imported sources. The virus genotype of the local cases was from a branch of the European family, which was highly similar to the imported cases from Nepal in November, Chengdu health authorities announced on Thursday.

The first local case found on December 7 in Chengdu may have been exposed to trash at the quarantine site, resulting in infection and subsequent transmission, according to the authorities.

Shenyang and Dalian now require that all inbound travelers from overseas should follow a 14-day quarantine plus 7-day medical observation period.

Both cities have entered "wartime mode" due to new COVID-19 cases and will strictly follow necessary measures to curb the virus from further spreading.

Nine districts in Shenyang will start district-wide nucleic acid testing. Among them, Tiexi, Huanggu and Yuhong districts will complete the tests from Thursday to Saturday.

Residents in COVID-19 medium-risk areas are not allowed to leave Shenyang, city authorities announced at Thursday's press conference. People in other regions of the city should not leave the city unnecessarily. For those in need, they have to present a valid proof of a negative COVID-19 nucleic acid test result within 72 hours.

The city will take over management in residential areas of medium-risk areas and key public places will cease operation. Fairs, exhibitions, sales promotions, celebrations and other large-scale events will be stopped.