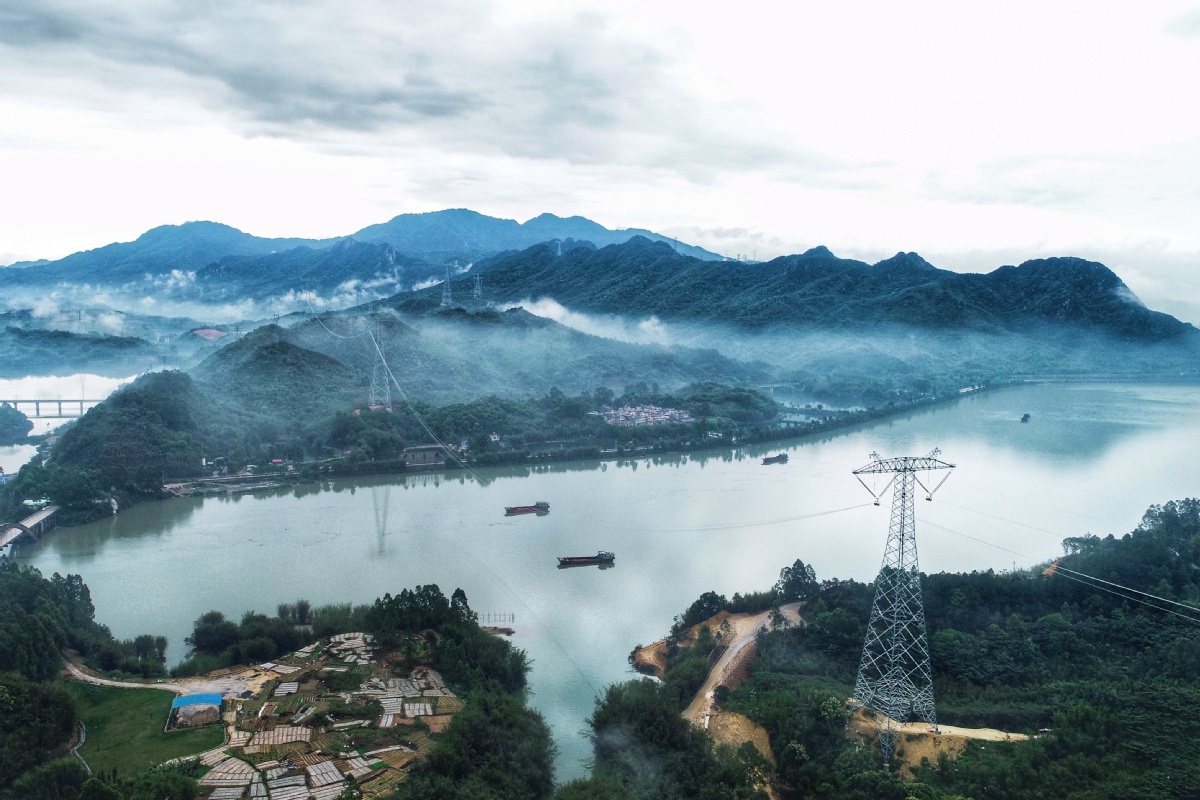 According to data from the State Grid Corporation of China, this summer saw two regional power grids and 15 provincial-level power grids surpass their historical electrical load.

The maximum electrical load nationwide hit 1.08 billion kW by Aug 17, up 24 million kW from the highest level last year, according to the National Development and Reform Commission.

Preliminary analysis showed that the record-busting data was not only boosted by the rapidly growing power consumption of air conditioners due to scorching summer but also evidence of sustained recovery of the economy, said NDRC spokesperson Meng Wei.

In August, China's purchasing managers' index for the manufacturing sector came in at 51, remaining in the expansion territory for the sixth month in a row, an indication that the economic recovery is faring well.

As one of the sectors leaning heavily on electricity for its growth, the traditional manufacturing, led by high-tech and equipment manufacturing related to new infrastructure, is steadily recovering.

Use of electricity in high-tech and equipment manufacturing in five southern provincial-level regions -- Guangdong, Guangxi, Yunnan, Guizhou and Hainan -- has been on fast lane since May, surging by 6.8 percent, 10.7 percent and 10.8 percent for three consecutive months, data from a research institute under China Southern Power Grid showed.

Food production, beverage making and furniture manufacturing, all consumer industries that mainly hinge on the domestic market, saw their use of electricity expand 18.1 percent, 10 percent and 10 percent, respectively, in June.

With China's economy on course for high-quality development, new growth drivers are behind the rapid growth in electricity use.

Data showed that the electricity consumption in auto manufacturing rallied 20.3 percent in July, while that in other sub-sectors of high-tech equipment manufacturing also registered double-digit growth.

New business models have spurred power use as well. The electricity usage of the Internet data services industry soared 71.6 percent in the first half from the same period last year, indicating a wider adoption of online learning, video conferencing and other emerging services, according to Yang.

Even with the factor of high temperatures that prompted a rise in power consumption, the gradual economic recovery and new growth drivers were still the most significant reasons propping up electricity consumption growth, according to Yu.