WUHAN - A total of 133,000 captive-bred Chinese sturgeons (Acipenser sinensis) were born this year in a research institute in Central China's Hubei province. 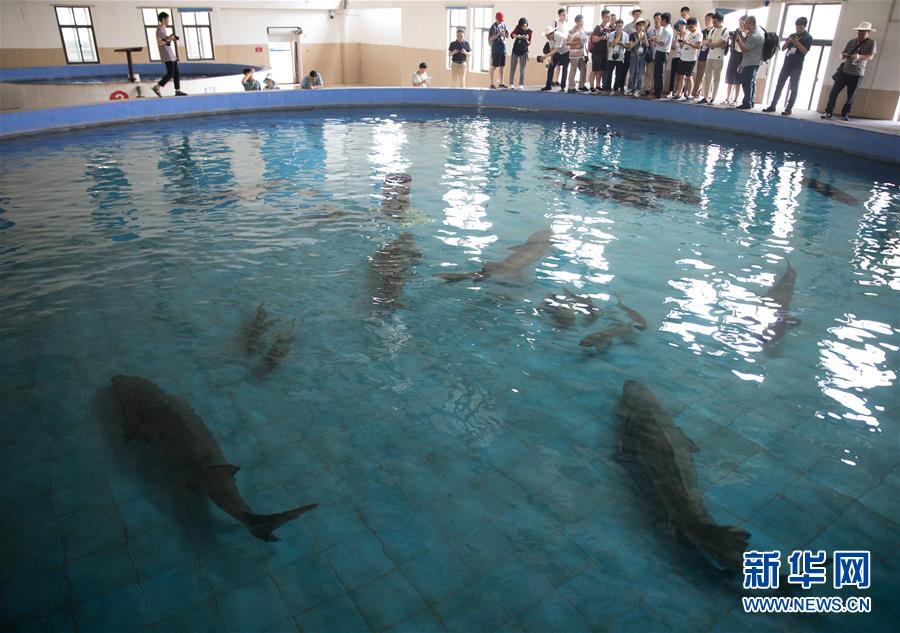 The parent sturgeons produced 410,000 eggs, which were harvested in two batches in 2019, the Chinese Sturgeon Research Institute said Wednesday.

The institute is the only research organization specialized in Chinese sturgeon conservation in China.

The first batch of Chinese sturgeon babies were born on Oct 18, with a survival rate of around 90 percent, much higher than the 40 to 50 percent of previous years, said Zhang Dezhi, a researcher with the institute.

The second batch of sturgeon babies were born on Wednesday, Zhang said.

Zhang attributed the higher survival rate to mature captive-bred technology of the species and breakthroughs in parent fish nutrition control.

The Chinese sturgeon is a national first-class protected animal.

In recent years, China has stepped up efforts to rescue endangered river species, such as Chinese sturgeon, by targeting illegal fishing, closing polluting factories and releasing captive-bred fry into the wild.