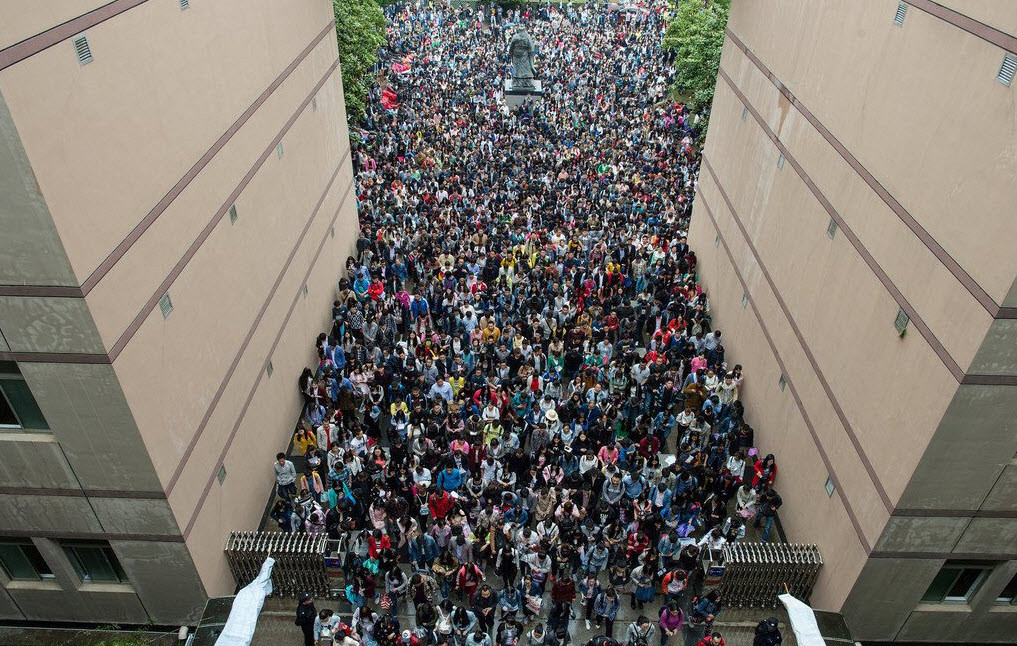 More than 1.1 million people took the National Public Service Exam in China Sunday, a leap from last year's 984,000, marking the second time the number has hit the one million mark. Over 28,000 positions are expected to be filled by the examinees, increasing by 1,472 from the previous year. Only one out of every 39 candidates is expected to get a government job this year. This year's exam saw an increase of 76,000 compared to last year in the number of applicants for grassroots positions in difficult and remote areas, perhaps the result of the lower application thresholds for such posts, according to an inspector at the State Administration of Civil Service. In contrast, the most popular position had more than 2,000 candidates this year, much lower than the number for the hottest position last year, which was pursued by 9,837 applicants. The written exam is being held Sunday, and the results will be announced in January 2018, along with a list of candidates to advance to interviews in March. Civil servant jobs are sought after by many Chinese as they offer a relatively stable career, making the exam one of the most competitive tests in the country.