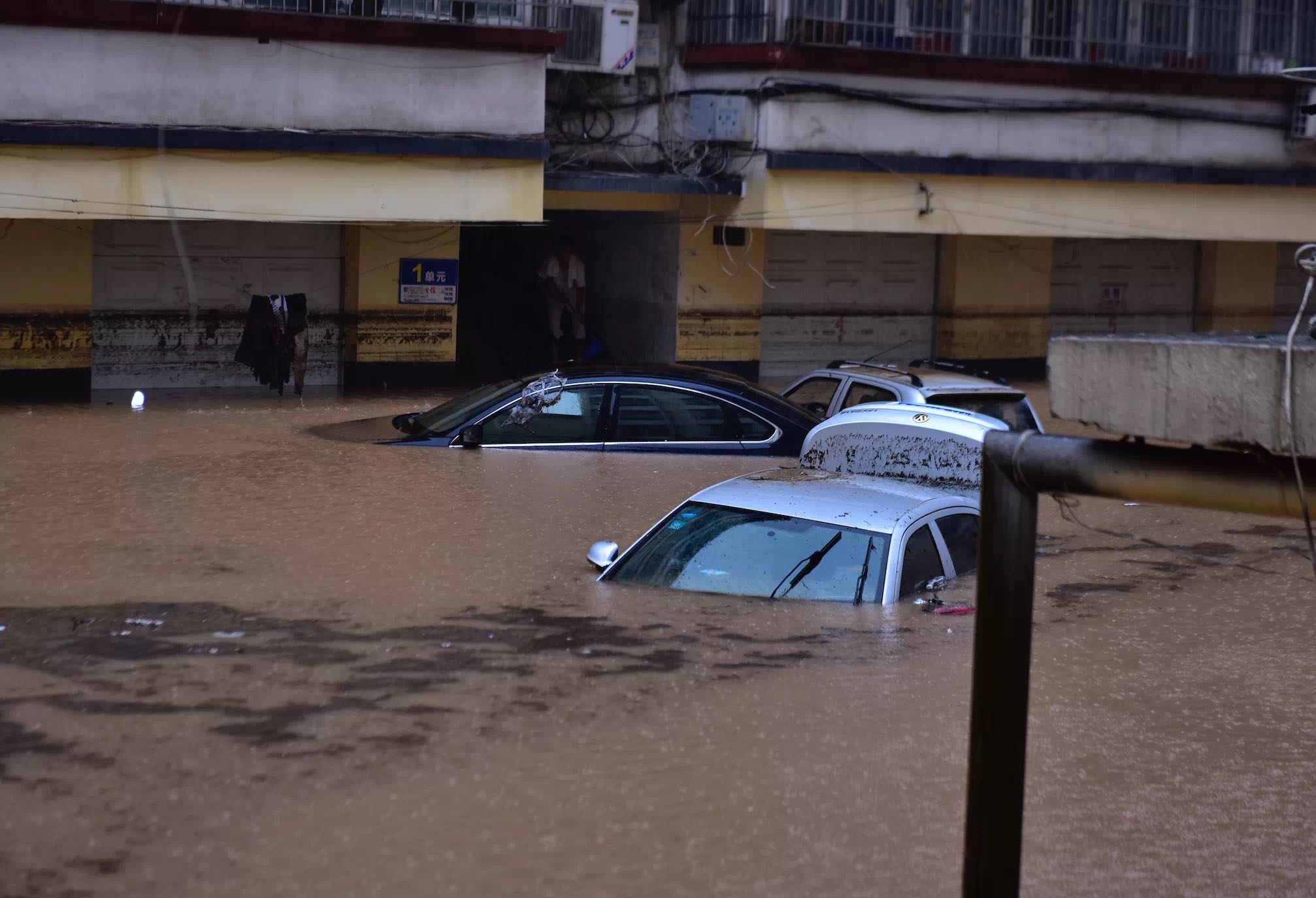 The record rains have prompted the flood control and drought relief headquarters in the capital city of Henan Province to upgrade the flooding emergency response level to its highest on Tuesday afternoon.

The severe waterlogging has led to the virtual paralysis of the city's road traffic. Over 80 bus lines have been suspended, more than 100 temporarily detoured, and the subway service has also been temporarily suspended.

Rainwater poured into the subway tunnel of the city's Line Five, trapping an unknown number of passengers aboard a subway train.

Police officers, firefighters, and workers from the local subdistrict have arrived at the site for the rescue operation.

The water level inside the subway carriage is receding, and the passengers are temporarily safe.

The airport in Zhengzhou canceled 260 flights into and out of the city, and local railway authorities also halted or delayed some trains.

Affected by the rainstorms, several residential communities in the city are without tap water and electricity.