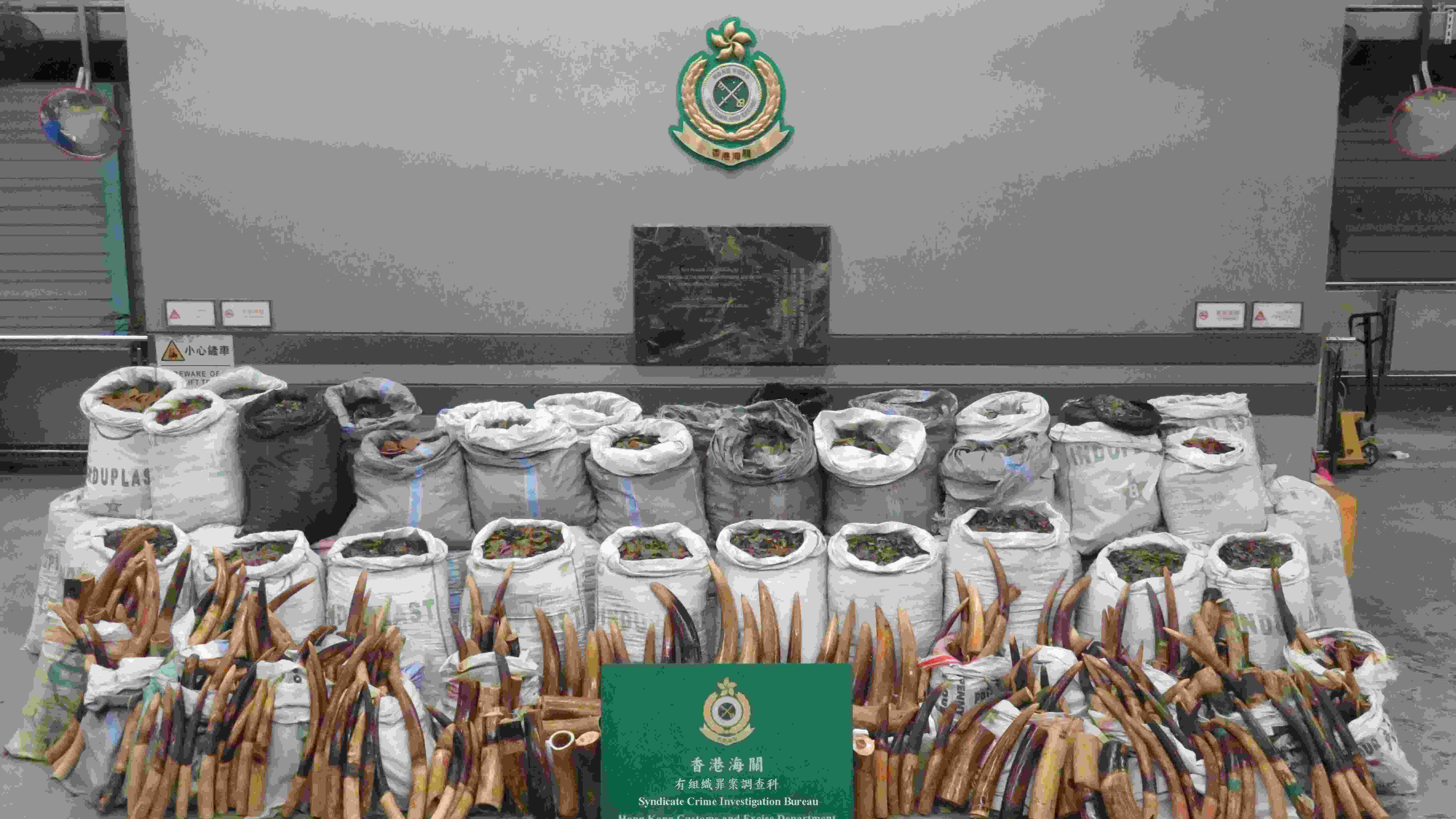 A record nine tons of endangered pangolin scales and 21 tons of ivory were seized after a joint operation by Hong Kong Customs and Chinese Mainland Customs.

Officials estimate that more than 13,000 pangolins and 500 elephants were brutally poached for such a large consignment. The shipment, on the way to Vietnam, was valued at nearly $8 million dollars.

“This is the largest amount of pangolin scales ever seized in Hong Kong,” officials announced at a press conference on Friday.

The container was labeled as frozen beef and deliberately kept at a low temperature to disguise the smell of pangolin scales.

Last July, Hong Kong customs seized more than seven tons of pangolin scales from Africa en route to the Chinese mainland. These frequent massive seizures expose a thriving trade of wildlife products, most of which has been banned by China. Last year, the country banned domestic trade in both wildlife products.

The ant-eating pangolins are the most illegally traded mammal in the world. Concerned over such large scale poaching, the International Union for Conservation of Nature (IUCN) declared all eight pangolin species as threatened with extinction.

Massive use of the product for traditional medicines, mostly in South East Asian countries, is leading to their extinction, IUCN said.

Alex Hofford, campaign manager at conservation group WildAid in Hong Kong, pointed out that there are two possible explanations for smugglers trying to sneak the consignment into Vietnam. The first is that this illegal consignment was never intended to go there.

Vietnam's Haiphong port, listed on shipping documents, would be a ploy to mislead the Hong Kong Customs. The couple arrested for the illegal consignment may have been planning to repackage these illegal wildlife products and send them to the Chinese mainland via speedboat.

“The second theory is that the illegal consignment could genuinely have been on its way to Vietnam, a country which shares a long and porous border with China,” Hofford told CGTN.

The couple arrested for importing the banned wildlife items owns a trading company in Hong Kong's Mong Kok district. “Investigation is ongoing, and all arrested persons have been released on bail pending further investigation,” Hong Kong Customs said in a statement.