Red Notice fugitive turns himself in

BEIJING, Dec. 29 (Xinhua) - One more of China's most wanted graft fugitives returned to China and turned himself in Friday, said an official statement Saturday. 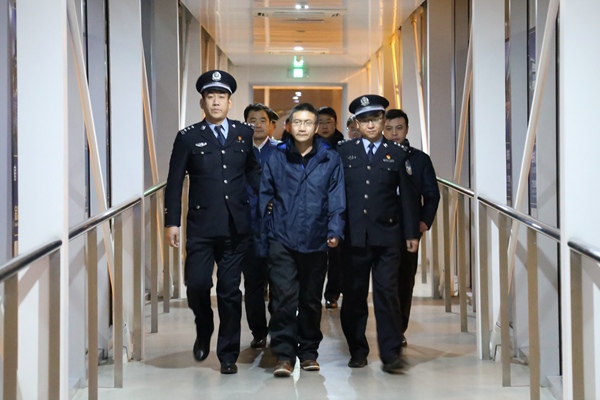 Wang Qingwei, formerly working for the finance department of the Hong Kong affiliate of state-owned enterprise Qingqi Group Co. Ltd, is suspected of credit fraud, according to a statement from an office in charge of fugitives and asset recovery under the central anti-corruption coordination group.

The authorities of east China's Shandong Province opened an investigation on him and issued an arrest warrant in 2007. He was listed on an Interpol Red Notice in January 2008.

Wang is the 56th of China's top 100 fugitives listed on an Interpol Red Notice for international arrest who have returned to China.

The statement warned that the deadline for the other fugitives to surrender is approaching and turning themselves in was "the only way out."