People's enthusiasm to visit historical sites linked to the revolution and their desire to learn about revolutionary traditions has boosted poverty alleviation and rural vitalization efforts in East China's Jiangxi province. 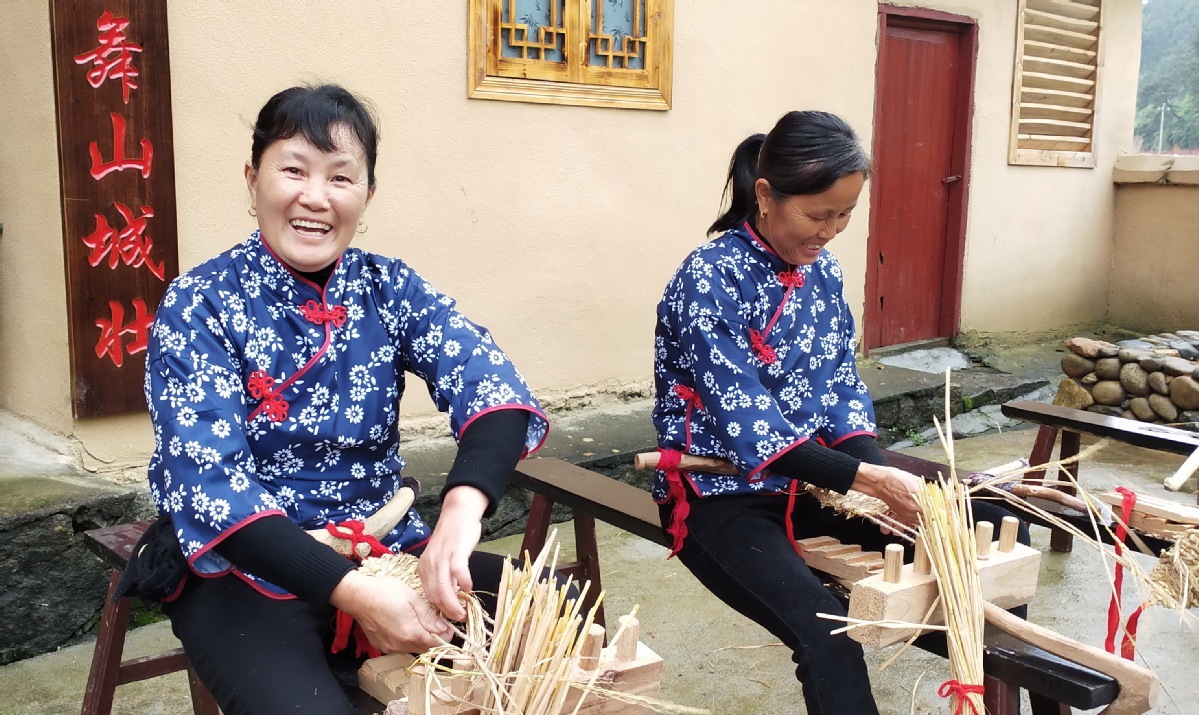 Over the past few years, tourists have flocked to the small village of Shenshan, in Maoping town, Jinggangshan, to listen to locals telling stories about revolutionary history, experience local folk activities and appreciate the natural scenery. Jinggangshan is known as the cradle of the Chinese revolution.

Wu Xiaoping, Maoping's Party secretary, said 21 of the 54 families in Shenshan lived below the poverty line in 2015, and the village's per capita disposable income was less than 3,000 yuan ($467).

"Over the past few years, with local government support, the village has developed its rich revolutionary legacies and has attracted an increasing number of tourists," he said. It received 320,000 visits in 2019, and its per capita disposable income reached 28,000 yuan last year.

Over 80 percent of villagers provide tourism-related services, such as catering, accommodation and selling local specialties. Tourism has also boosted the development of other industries, including the growing of tea and yellow peaches, Wu said.

"Red tourism has developed quickly in recent years and this year will receive a further boost as our country celebrates the centenary of the Communist Party of China," he said.

Three years ago, Gutian village in Jinggangshan was still in a shabby state, and residents lived off the land. It now features neat houses, beautiful rivers and farming experience areas.

Since 2018, Jinggangshan Yanda Tourism and Culture Company has invested over 10 million yuan in renovating houses and the village's infrastructure and public facilities, based on its revolutionary legacies and natural scenery.

The village accommodates an average of 1,000 people a day who visit for education in patriotism and revolutionary traditions and to experience the life that the Red Army soldiers led, Xie Yanjun, the company's general manager, said.

More than 70 of the village's 106 families have signed contracts with the company to lend their vacant beds to it to increase their incomes. They are also able to sell handicrafts and local specialties to visitors. Xie said Red tourism helped lift villagers' per capita income to over 30,000 yuan last year.

Xie Wenquan, a 62-year-old villager who had no income before, said that he now makes 3,000 to 4,000 yuan regularly through lending vacant beds to the company, working for its canteen and tending flowers and plants in the village.

In Yudu county, Jiangxi, where the Red Army set off on the Long March, revolution-themed Red tourism is also booming. In 2019, over 100,000 visitors walked a 19.34-kilometer-long mountain road that the Red Army soldiers took in 1934.

Liu Jinhua, head of the county's Tantou village, said it founded a company in 2017 to restore historical sites with revolutionary legacies and develop Red tourism. Last year, each family received a dividend of 1,000 yuan from the company.

The village had received over 170,000 visitors by the end of last month and more are expected, he said.