CHINA Reforms expected to speed up to foster growth

Reforms expected to speed up to foster growth 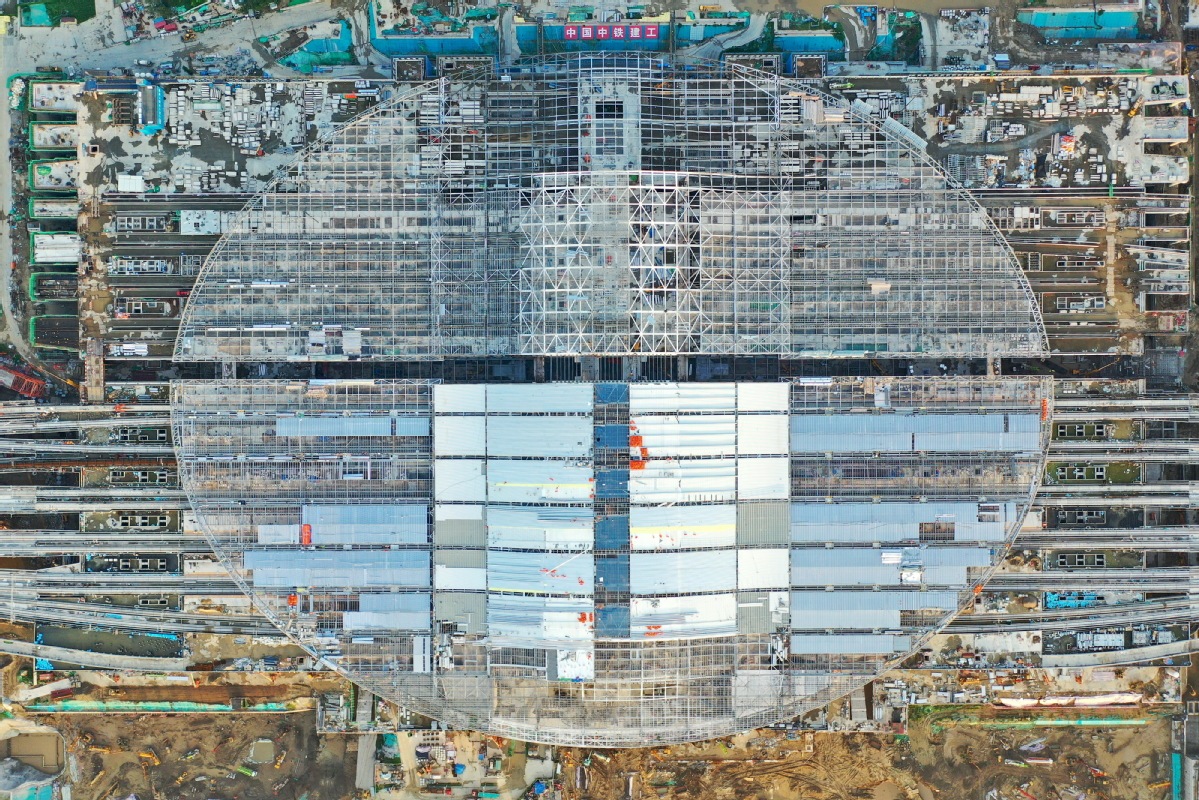 Construction on the Xiong'an station of the Beijing-Xiong'an intercity railway is seen in an aerial view on Thursday. More than 100 major construction projects were announced this year for the Xiong'an New Area, and 70 had started by the end of July. (Photo: China Daily)

China saw stable growth recovery in July as monthly economic indicators continued to show improvement. Policymakers, meanwhile, will accelerate reforms and opening-up to foster new growth drivers for the rest of the year, the National Bureau of Statistics said on Friday.

The continuous economic rebound could make it less likely Beijing will roll out additional large-scale stimulus measures, yet the policy stance will remain proactive and supportive to ensure the economy moves steadily out of the impact of the COVID-19 pandemic and severe floods in the southern regions, economists said.

China's industrial output expanded by 4.8 percent on a yearly basis in July while the country's fixed-asset investment, including manufacturing, infrastructure and property sectors, declined by 1.6 percent year-on-year from January to July, narrowing from the 3.1 percent decline in the first six months, according to the NBS.

Retail sales dropped by 1.1 percent in July on a yearly basis, narrowing from the 1.8 percent decline in June. Sales of commercial goods for the first time returned to expansion mode this year, growing by 0.2 percent year-on-year in July as domestic consumption gradually recovers.

"The national economy has maintained its stable recovery in July as production and supply continued to recover, market demand gradually picked up, employment and prices are generally stable and business confidence tended to strengthen," Fu Linghui, an NBS spokesman, said at a news conference in Beijing.

The recovery has been helped by supportive government policies, including the increased central government budget deficit, special treasuries of 1 trillion yuan ($144 billion) for epidemic control and prevention and a pledge of 2.5 trillion yuan in tax and fee cuts for companies, Fu said.

"For the second half of the year, the government will intensify the measures for further reform and opening-up to inject new impetus into the economy and accelerate opening and development of the economy," he said.

While China's overall economic activities and unemployment rate remained largely stable in July, the recovery of industrial output and retail sales were slightly slower than expected, which indicated that continuous policy support is needed to boost production and domestic consumption, economists said.

Huang Yiping, deputy dean of the National School of Development at Peking University, said consumption is becoming an increasingly important growth driver and more policy attention should be paid to the domestic market.

"In the short term, consumption has been temporarily depressed by the epidemic. But in the long run, China's consumption potential will continue to grow and policies should focus on exploring and unleashing such potential to drive China's growth," Huang said.

With economic activities and unemployment largely stable, inflation edging higher and the virus increasingly under control without a full-scale lockdown, policymakers likely see a lack of strong rationale to loosen policy incrementally for now, Song Yu, an economist at Beijing Gao Hua Securities, said in a research note. "On the other hand, this set of data does not suggest room to tighten policy, either. Policymakers are likely to keep their cyclical policy stance largely stable and continue to shift their attention to other goals such as financial and fiscal risk controls," he said.

China's top leadership pledged at a recent meeting that economic policies will be more flexible, appropriate and targeted to support recovery in the second half of the year.

Wang Tao, chief China economist at Swiss bank UBS, said in a research note that policies will remain supportive in the second half. While credit flow will likely stay resilient for the rest of the year, there may be a low incentive to adopt further monetary easing, Wang added.