CHINA Regime change won’t affect US’ use of Taiwan to constrain mainland, say experts ahead of economic talks

Regime change won’t affect US’ use of Taiwan to constrain mainland, say experts ahead of economic talks 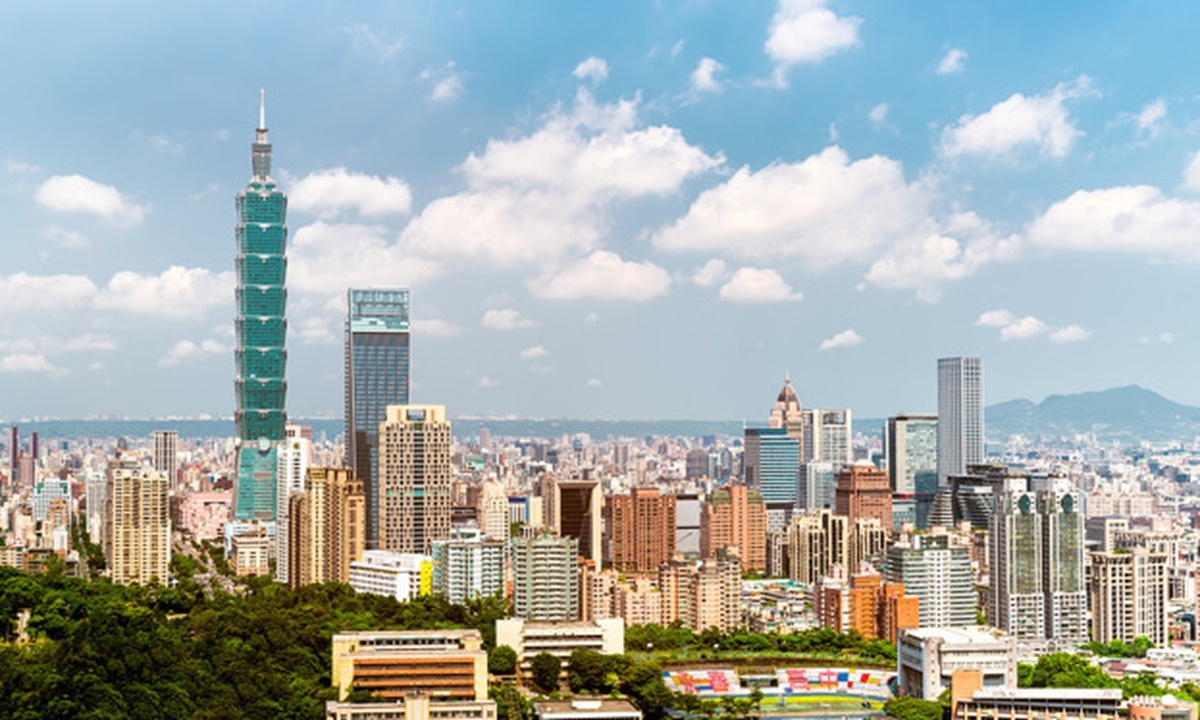 The view of Taipei (Photo: VCG)

US Under Secretary of State Keith Krach, who visited the island of Taiwan in September, will lead economic talks with Taiwan this month in the US, which Chinese experts condemned as a further provocation of the mainland and violation of the one-China principle.

Experts said Trump's decision to hold economic talks with Taiwan after his election loss aims to leave a "tricky problem" for the new administration, signaling that the change of regime won't affect US' strategy of using Taiwan to constrain the Chinese mainland. They warned the Taiwan regional authority against vainly hoping of benefiting from the talks, saying that the talks could instead bring losses to them.

According to media reports, US Secretary of State Mike Pompeo said on Tuesday that Krach would lead the Economic Prosperity Partnership Dialogue with Taiwan on November 20. He said the talks would include ensuring safe and secure supply chains and 5G security.

"The dialogue signifies that our economic relationship with Taiwan, a vibrant democracy and a reliable partner, is strong and growing," Pompeo said.

The scheduled talks showed that despite the upcoming power transition, the "warming ties" between the US and Taiwan would continue as Taiwan is their strategic pawn for constraining the Chinese mainland, said Li Xiaobing, an expert on Hong Kong, Macao and Taiwan from Nankai University in Tianjin, told the Global Times on Wednesday.

Yang Lixian, a research fellow at the Beijing-based Research Center of Cross-Straits Relations, told the Global Times that Trump's decision to hold talks with Taiwan after his election defeat is aimed at creating a "tricky problem" for the new administration.

Trump intends to carry on with his harsh anti-China diplomatic policy and impose it on the new administration, Yang said.

Last month, Frank Jannuzi, a key Biden aide, wrote that Washington should prioritize free trade negotiations with Taiwan to encourage others, including the UK, the EU and Japan, to follow suit, Reuters reported on Wednesday.

Reuters quoted Taiwan's representative office in Washington as saying that "deputy minister of economic affairs" Chen Chern-chyi would lead Taiwan's delegation to the US capital for the talks.

The talks to be held in the US capital, a "return visit" after Krach went to Taiwan in September, are a further provocation against the mainland, experts said.

It shows that the US is determined to push forward official exchanges with the island of Taiwan and publicly push back against China's bottom line on the Taiwan question, Yang noted.

The US is making a gesture to implement cooperation with the Taiwan region on safe and secure supply chains and 5G security through the talks, which could stymie similar cooperation between the mainland and Taiwan, Li said.

However, he noted that Taiwan could end up with nothing if it gives up the irreplaceable mainland market and turns to cooperation with the US.

Krach is the most senior US State Department official to visit the island since 1979, angering the mainland.

China will make a "necessary response" to Krach's visit to the island of Taiwan, and China urges the US to stop all forms of official exchanges with the island, Wang Wenbin, a spokesperson for the Chinese Foreign Ministry, said in September, ahead of Krach's arrival.