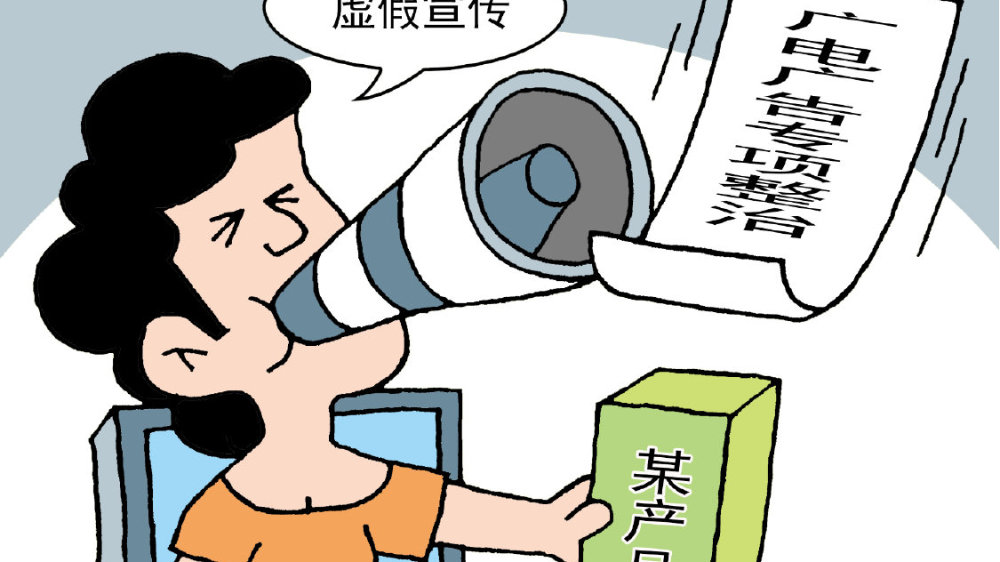 China's top market regulator said Thursday that illegal business activities will face huge fines and harsher criminal investigation procedures after a health-product giant caused a public outcry for fraudulent advertising that allegedly lead to the death of a 4-year-old girl three years ago. Companies which deliberately break the law and skirt regulations that cause severe social impact will face "huge fines" and enhanced criminal investigation, Zhang Mao, head of the State Administration for Market Regulation (SAMR), said at a work conference held in Beijing on Thursday. The remarks were made amid a public outcry after the Quanjian Group -  a Tianjin-based multibillion-yuan healthcare empire - was accused of delaying treatment which led to the death of a 4-year-old girl, named Zhou Yang. The girl stopped cancer treatment at hospital and turned to the company's anti-cancer products after seeing an advertisement on State media, and her situation became worse after taking the products from Quanjian and she died, the Beijing News reported Wednesday. Quanjian, which owns over 600 hospitals and more than 7,000 healthcare clubs in China, also boasted that its products had cured the girl's cancer in a widespread advertisement campaign, said the Beijing News report. However, Quanjian argued in a Wednesday statement that it never said the company's products cured Zhou. The SAMR are looking into the case, officials attending the Thursday conference were quoted as saying by the Beijing News. An investigating team consisting of Tianijn's market regulation authorities and health department were sent to the company to look into the case, Tianjin Daily reported Thursday. The case has triggered widespread scrutiny in China, with thousands of comments flooding the Weibo and WeChat accounts of China's health and market authority to demand a thorough investigation and tougher regulation of health products. Ecommerce platform jd.com said it removed all Quanjian products on Thursday, news site thepaper.cn reported. The company's products also could not be searched at some other major online shopping platforms such as suning.com and vip.com.Though there's a clear red line in China that health products cannot be branded or advertised as medicine, in reality such misrepresentations are commonplace due to weak supervision and difficulty in the law enforcement process, Zhou Zijun, a professor at Peking University's School of Public Health, told the Global Times on Thursday.A great majority of health products also brand themselves as traditional Chinese medicine to appeal to their clients, which makes it even harder to define whether they are making a false advertisement, said Zhou Zijun. China's advertisement law, amended in 2015, stipulates that health products should not compare themselves with medicines or imply they are necessary for health.China's Food Safety Law also demands health product companies state that their products should not replace medication.   A notice released by SAMR on December 4 reaffirmed that the advertising of health products should not assert any function or safety of the products. The advertisement should not be disguised as medical treatment information, it said. Analysts warned that the price for violating laws and regulations should be higher if the products are a threat to people's health. The supervision of health products is mostly carried out by food regulators in China and the punishment does not differentiate them from normal products that pose no threat to human health, said Zhou Zijun. Joint efforts from health, market and public security officials should be promoted as the false promotion of health products are prevailing in various forms, Weng Weiliang, chief research fellow at the China Academy of Chinese Medical Sciences, told the Global Times on Thursday. Zhou Zijun said health authorities and institutions should take a more proactive role in clarifying misunderstandings to the public.