A stroke rehabilitation center, which was set up through a partnership between the Shanghai International Medical Center and medical professionals from Germany, was officially approved as a member of the Chinese Association of Rehabilitation Medicine on Friday.

The Consanas Rehabilitation Center has implemented German standards and technology to help stroke patients overcome dysfunction, rebuild the ability to live independently and adapt to society, so as to better return to life, work and society.

Strokes are the top cause of death and disability for people in China. Over 3.5 million Chinese people suffer from strokes every year, and the number is expected to rise to 5 million by 2030. About 70 to 80 percent of stroke survivors suffer from various disabilities and other complications, many of whom lose the ability to take care of themselves, medical experts said. 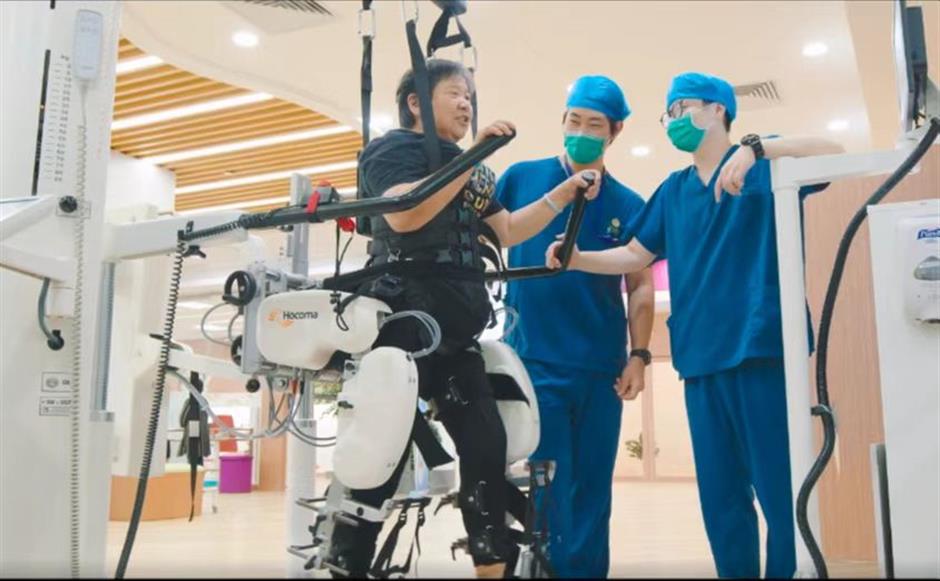 A patient receives treatment at the Consanas Rehabilitation Center, which has adopted German standards and technology for stroke rehabilitation. (Photo: Shine)

Stroke survivors usually have disabilities in movement, language, perception and swallowing. Proper and timely rehabilitation is the most effective way to reduce such issues, improving the quality of life for stroke victims and preventing more strokes.

"Being approved as a member of the national association is a recognition of our performance, and will push the development and perfection of the rehabilitation center with an international practice and standard," said Dr Liu Weidong, president of the Shanghai International Medical Center.

As of October 2022, over 1,300 patients have received consultation and treatment at the center.